Take it from a survivor: Breast cancer is a 'guy thing' too 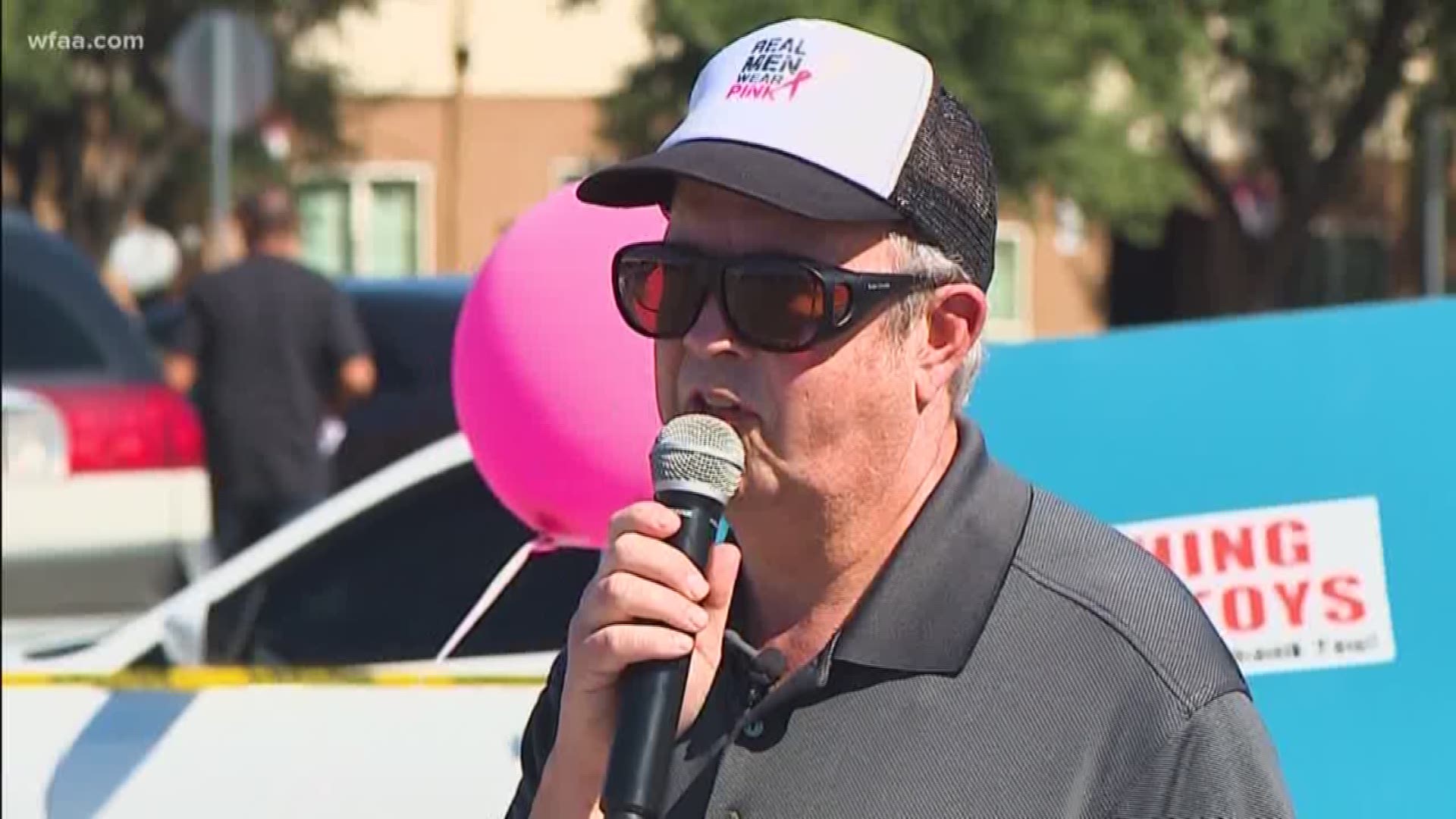 DALLAS — When we first met him, Richard Williams seemed like just an ordinary guy, poking around at a neighborhood car club gathering. But he’s actually pretty exceptional, because of what he found under the hood ten years ago. In his late 40s, Richard discovered he had stage three breast cancer,

He underwent radiation, chemotherapy, and a partial mastectomy. But Dr. Prasanthi Ganesa, Director of Medical Oncology at Baylor Scott & White All Saints Medical Center, said in a very basic sense, Williams’ life was saved by a key moment in the shower.

Williams found a painless lump under an arm while he was washing.  That is a recommended way for guys to do a breast self-exam: You lather up three fingers rub in circles with moderate pressure around your pecs and under your armpits, feeling for abnormalities like a lump. Recommendations are for men to do the self-exam once a month or so. You can find more in-depth suggestions about a male breast self-exam here. There are no official guidelines because the odds are that most men won’t find breast cancer.

According to cancer.com, the American Cancer Society expects about 2,670 new cases in American men this year. That’s far fewer than the 268,600 new cases predicted for U.S. women. But a man’s risk goes up with factors like age and obesity. And family history is huge, said Dr. Ganesa.

“So if a guy knows that he has a family history of breast cancer, that person should be doing more self-exams, you know, be more aware of it," Ganesa said. "The most common mutation seen in male breast cancer is a mutation BRCA2. So if you have that mutation in the family, then the men in that family should get tested for that mutation as well.”

But Dr. Ganesa recognized that many men have been conditioned about male body-image expectations, and that it can be hard to get men to think about their strong chests as breasts – that can be vulnerable.

“Men don’t want to talk about breasts as far as they are concerned…but guess what? Men have breasts. It doesn’t make you any less manly," Ganesa said.

Dr. Ganesa even said if a man won’t do beast self-exams, she would encourage his wife to do it for him.

“Sure, why not?" Ganesa said. "You can feel for it…because I love you and I don’t want you to die of breast cancer so I am going to check you out.”

Richard Williams said his breast cancer initially gave him a sense of shame.

“I was kind of embarrassed about it," Williams said.

But eventually that faded. Back at the parking lot where we met him, Williams wasn't really there to see the cars. He was there to talk to other men.

“If I can educate one person about it today then I am happy," he said.

Richard shared his story, as other men listened intently. He has also spoken to men at his church. And he is seeking other opportunities to reach out to more men to encourage them to check themselves regularly.

Williams’ doctor, who is impressed with his recovery, is thrilled to see him take such a leading role to reach out to others. It turns out maybe he was just an ordinary guy at the car club gathering. And that might be the perfect messenger to get through to other men that breast cancer is not just a woman’s disease.

“It’s not car show fodder, but I think it is instant relatability," Ganesa said. "I think that is wonderful he is doing that – I think it is deeply empowering.”