One of the biggest firework shows in the country, Kaboom Town in Addison, also experienced about a half-hour delay. 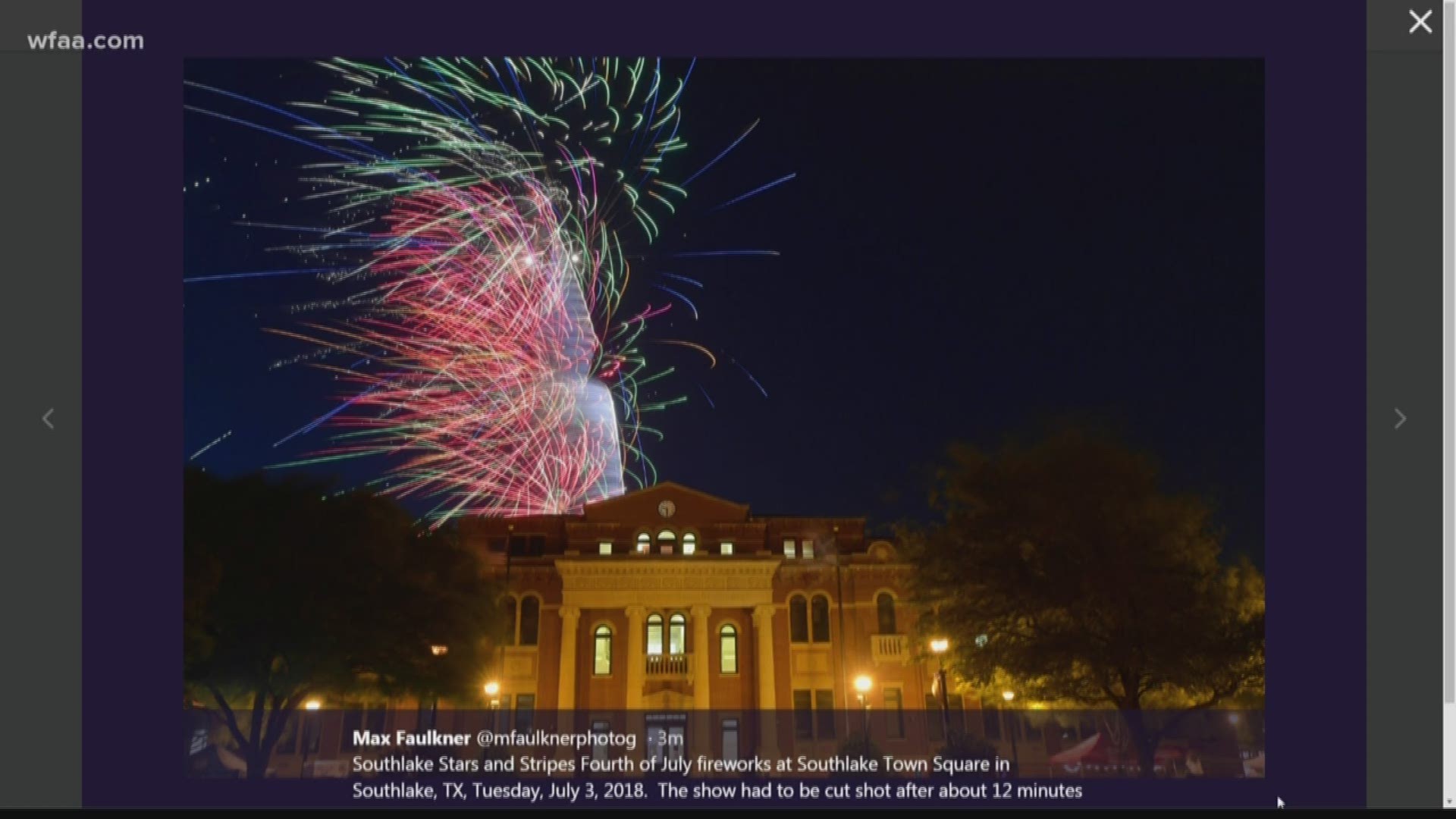 Strong wind gusts Tuesday night forced some cities in North Texas to delay their fireworks shows, a day before Fourth of July.

The wind canceled the Southlake fireworks show within minutes into the show, while other cities, Midlothian, Arlington and Waxahachie delayed their start time. One of the biggest firework shows in the country, Kaboom Town in Addison, also experienced about a half-hour delay.

Southlake Stars and Stripes Fourth of July fireworks at Southlake Town Square in Southlake, TX, Tuesday, July 3, 2018. The show had to be cut shot after about 12 minutes because of high winds in the area. pic.twitter.com/Imz5Wh7YV5

Waxahachie fireworks show is delayed at this time b/c of high winds. pic.twitter.com/FXOSKkAVft 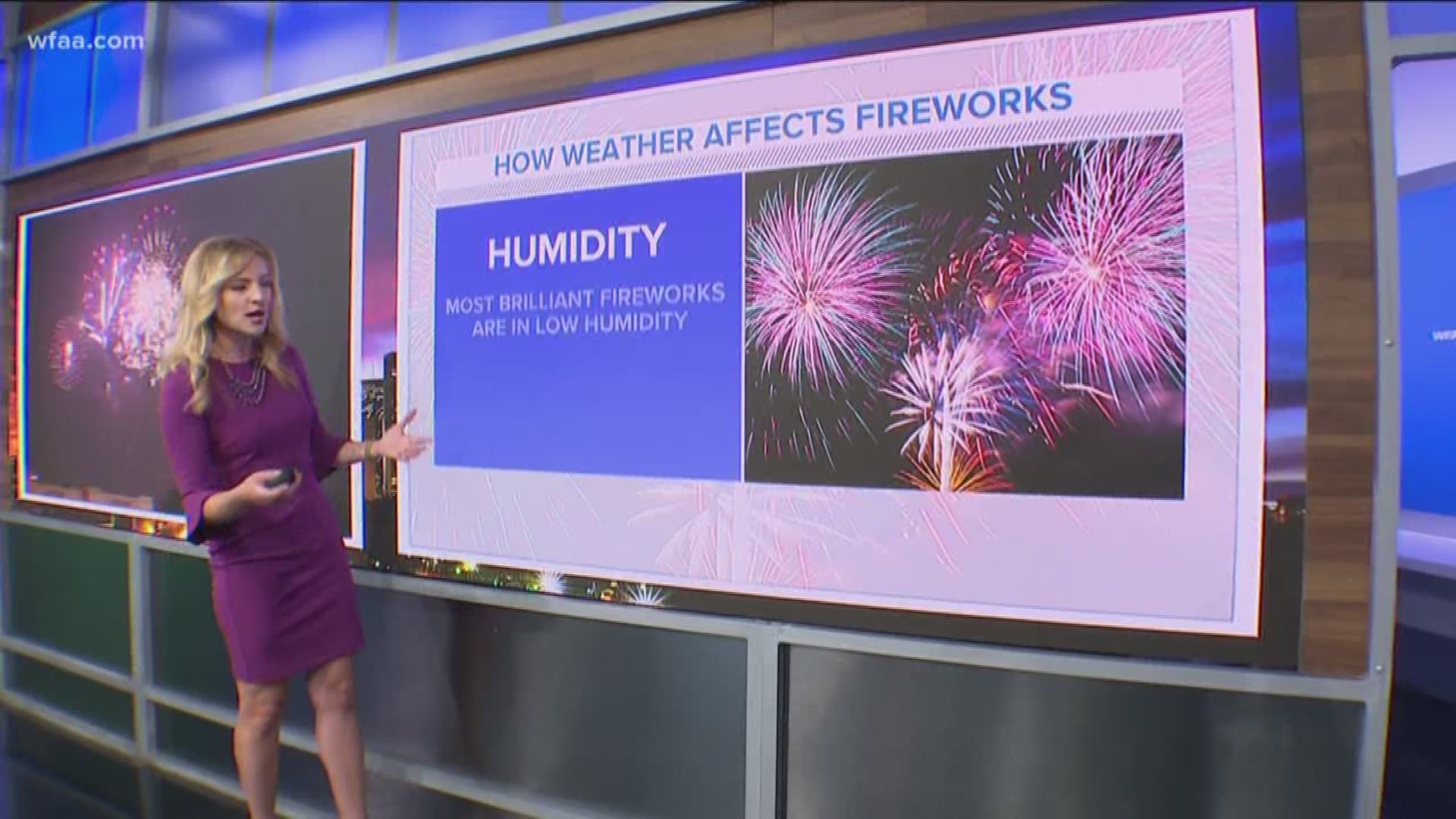 One fireworks show did go off on time, the Red, White & Boom on the Margaret Hunt Hill Bridge in downtown Dallas.

The most ideal conditions for a firework shows include some light winds, low humidity and clear skies. Wind gusts up to 40 mph in Dallas County and Tarrant County at times made it difficult for fireworks to soar in the sky. Light winds are ideal to carry smoke away from spectators, while a higher humidity traps the smoke, making it stay closer to the ground. If winds exceed 20 to 30 mph, shows could delay or cancel.