The dog, a Labrador Retriever mix named Nolan, was shot in the mouth and is expected to survive. 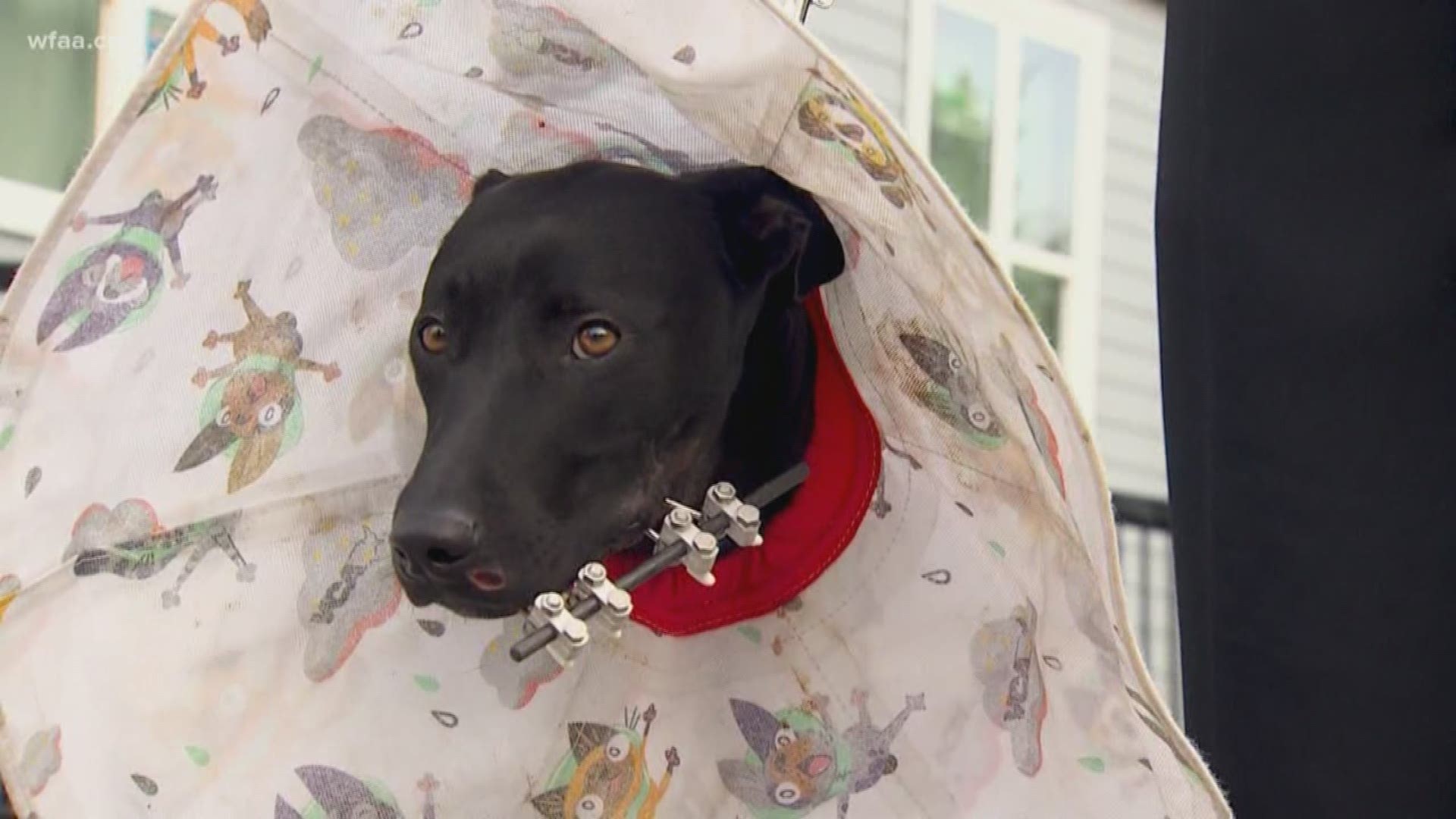 The shooting happened last Thursday in an apartment complex at 4374 Woodhollow Drive.

Investigators say the suspect, only identified as an African-American man in a black hoodie wearing a backpack, walked up to a group of children, shot their dog for seemingly no reason, and took off on foot.

Vance told WFAA that she asked her son and nephews to take out the trash last week and that Nolan followed them outside.

Shortly after that, she said that her son and nephews came into her home yelling, "someone shot Nolan!"

"They said he just looked at them, said 'sorry', and then shot him," Vance said.

"He ran by me into the house and there was blood everywhere."

Vance called Dallas police, but officers couldn't locate the suspect by the time they arrived.

He is currently at large, and if found will be charged with animal cruelty per a release.

The bullet went through the front of his mouth and exited through his jaw, breaking it.

Veterinarians were able to place an external fixator on Nolan's jaw, and he is now expected to make a full recovery. The local SPCA chapter paid for his surgery which was around $7,000.

The fixator is holding his jawbone in place and vets can make adjustments on a week-to-week basis.

Nolan is now at home with Vance and her family. He has to eat soft foods and is on pain medication as well as antibiotics.

Vance adopted the little guy last year so that her family would have a loving pet to play with.

"We chose Nolan out of every dog at the shelter," Vance said. "He's like my son. I love my kids and I love him the same."

Vance doesn't know why someone would want to shoot her dog in an unprovoked attack, but she thinks Nolan followed her son outside for a reason.

"I think if Nolan wouldn't have run outside, maybe this man would have shot one of the kids," Vance said. "He took a bullet for my family."

"At the end of the day, I'm just happy he's alive and I'm going to do whatever it takes to make him better."