Kemp said neither witness could be asked whether they thought the use of deadly force was reasonable. That, she said, was for the jury to determine. 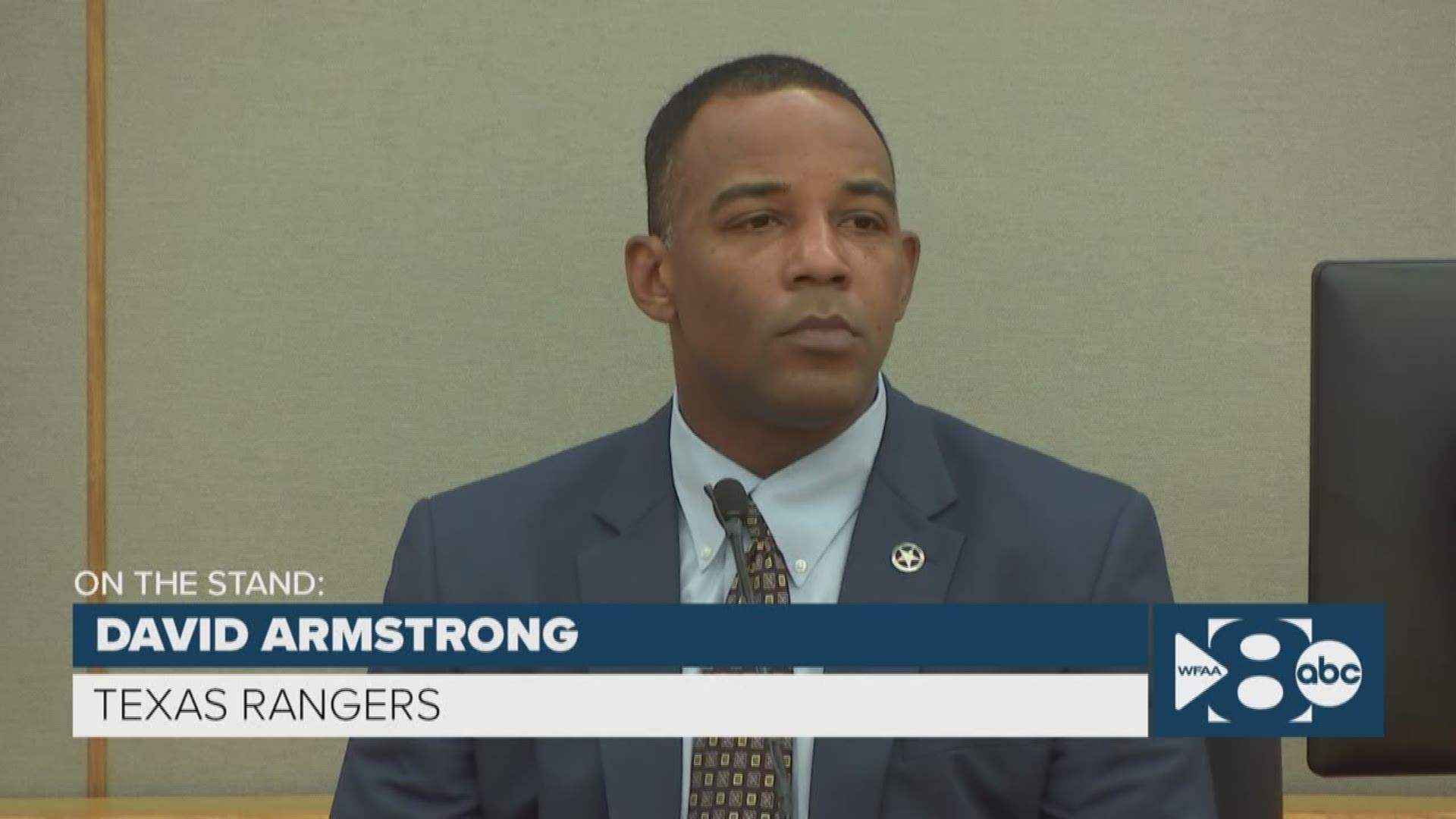 DALLAS — Hearings in court on Friday and Saturday greatly limited the defense's approach and use of expert witnesses in the trial for Amber Guyger.

Guyger is being tried for the murder of Botham Jean, who lived one floor above her at the South Side Flats in Dallas.

Guyger, a former officer who was fired weeks after the shooting last September, claims she was tired from a long shift, thought she was entering her own apartment, and feared for her life when she shot Jean.

The hearings, which took place outside the presence of the jury, were regarding two potential expert witnesses: David Armstrong and Craig Miller.

Armstrong is a Texas Ranger and was the lead investigator on the shooting of Jean after Dallas police turned the case over.

Miller is retired 30-year veteran with the Dallas Police Department who oversaw the investigation of a number of officer-involved shootings, was deputy chief of the crimes against persons division, and has served as an expert witness in other use of force cases.

After hearing from both men, Judge Tammy Kemp put very specific restrictions in place for each potential witness.

For Armstrong, Kemp ruled Friday that he could testify generally to the physical sensations an person might experience in a confrontation with a suspect, but could not speak specifically to Guyger's situation or share his opinions about whether or not she committed a crime.

Armstrong took the stand Saturday, the sole witness called by the defense that day, to speak to those physical sensations experience by an officer in a confrontation. His testimony lasted five minutes.

RELATED: Jury hears from one witness in Amber Guyger trial on Saturday

During a hearing on Saturday morning, Kemp said that she would allow Miller to testify on two topics and only generally. He would be allowed to speak to the concept of inattentional blindness and the principles of observe, orient, decide and act.

Miller was not called to the witness stand Saturday after the jury was brought in.

The defense had hoped to have Miller testify to the possible movements of Botham Jean in the apartment the night of the shooting, as well as to whether Guyger's use of deadly force was reasonable.

Judge Kemp said that if movement by the complainant was a logical conclusion -- a point the defense wanted Miller to make -- the jury should be able to reach that conclusion on their own.

"I don't believe they need experts to tell them that," Kemp said.

She also made it clear that neither witness could be questioned as to whether they thought use of deadly force was reasonable, or whether Guyger may have thought it reasonable.

She said that was for the jury -- the finders of fact -- to determine.

RELATED: Could Amber Guyger be convicted of a charge other than murder?