Amber Guyger, 31, is charged with murder in the fatal shooting of her upstairs neighbor, 26-year-old Botham Jean. 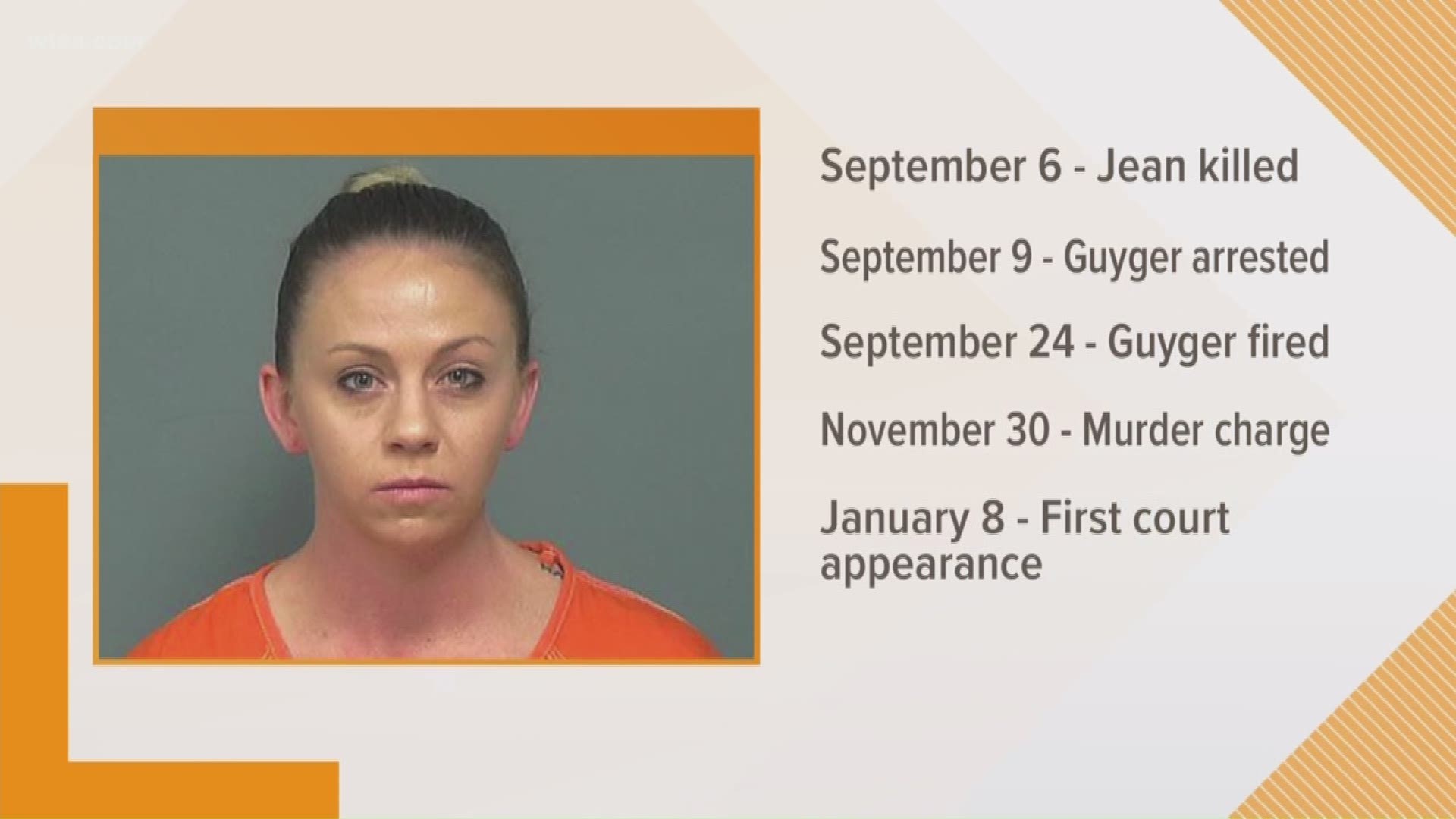 This story has been thoroughly updated with details from jury selection.

Prospective jurors in the murder trial for Amber Guyger were asked to complete forms Friday that included questions about their feelings toward police officers and firearms.

The first step in jury selection began on the one-year anniversary of the death of Botham Jean, who was killed inside his own apartment.

Guyger, 31, was off duty but still in uniform when she shot 26-year-old Jean. She was returning home from work and says she mistook the accountant for an intruder, believing she was in her apartment, police records show.

She lived one floor below Jean at the South Side Flats.

Guyger called 911 after the shooting and repeatedly said, “I thought it was my apartment,” according to the recording obtained by WFAA.

Jean was black. Guyger is white.

The former cop was fired from the Dallas Police Department and indicted on a murder charge in Jean’s death in November.

Now she faces up to life in prison if convicted.

The murder trial is scheduled to start Sept. 23. Prospective jurors were called for the first round of jury selection Friday.

More than 4,000 people were sent jury summons; about 600 prospective jurors were at the courthouse Friday.

They were asked to complete questionnaires that asked whether they had heard of either Guyger or Jean or if they had heard the recording of the 911 call Guyger made after the shooting.

The form also asked the prospective jurors about their political and religious beliefs.

"Have you ever mistakenly gone into the wrong apartment or home?" the jury questionnaire asked.

It also asked whether the potential juror has ever experienced a home break-in.

Guyger is expected to use a "mistake of fact" defense, meaning she believed she was inside her own home when she shot Jean.

"She thought she was shooting an intruder who had broken into her apartment in the middle of the night and was committing a burglary," said attorney Barry Sorrels. "In Texas law you have a right to shoot a burglar in your home."

Sorrels is not associated with the case but is familiar with the public details.

He said jurors will need to consider whether Guyger "reasonably believed" what she claims.

Jury selection is expected to continue next Friday.

Defense attorneys have filed a motion requesting the trial be moved out of Dallas County due to the pervasive and negative news coverage of the case.

Judge Kemp has said she will not consider the request until after prospective jurors are called and it’s shown that a fair and impartial jury cannot be seated.

"The diversity and the ability for this jury to be fair and impartial is critical,” said Lee Merritt, an attorney for the Jean family.

Attorneys for the family believe the trial should remain in Dallas.

"People know about this case, but we still have a strong belief that there are fair and impartial people in Dallas County," said attorney Daryl Washington. 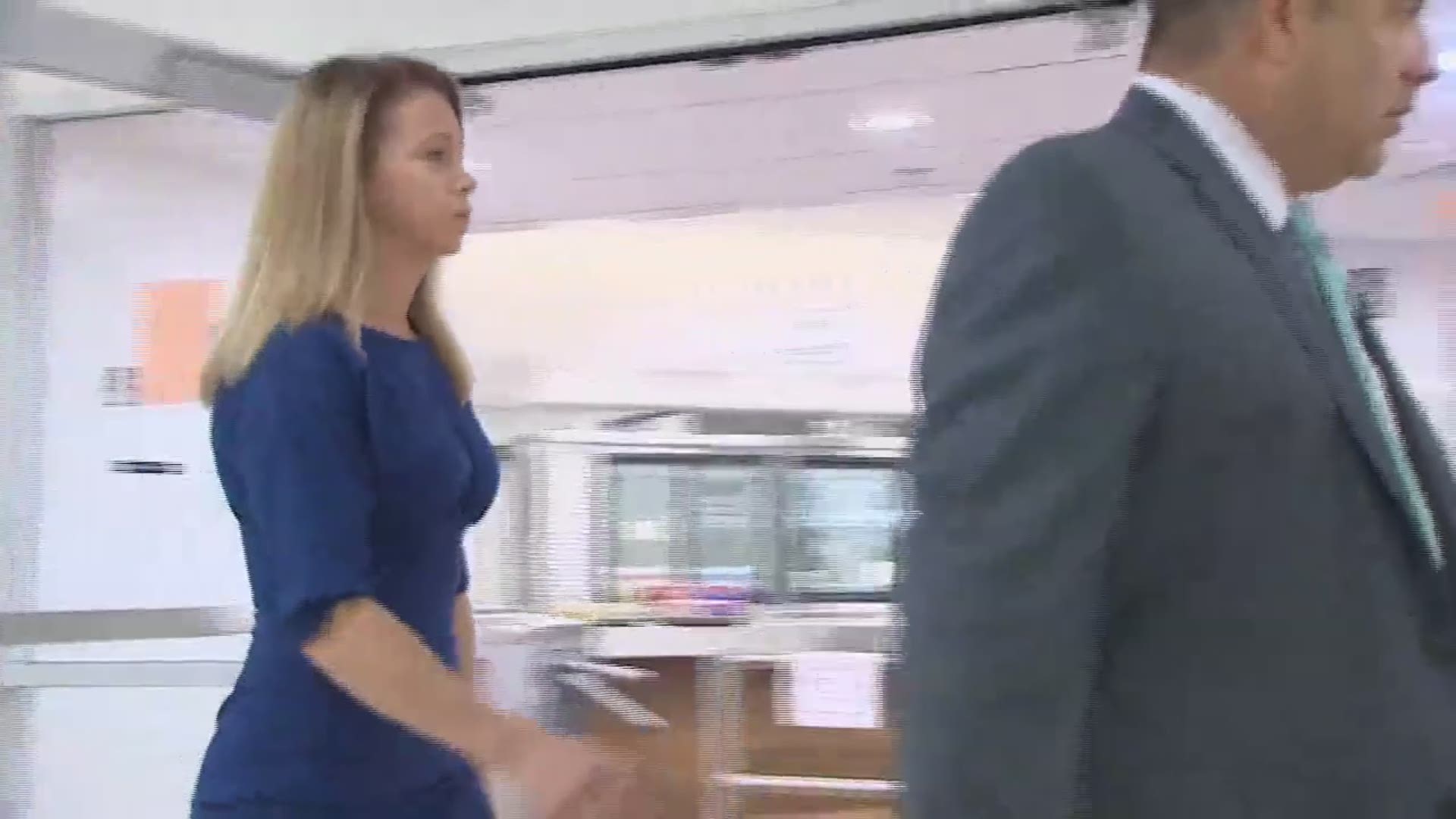