Doctors diagnosed him at age two and Cade did not speak in full sentences until he was four, his mother, Renee, said. 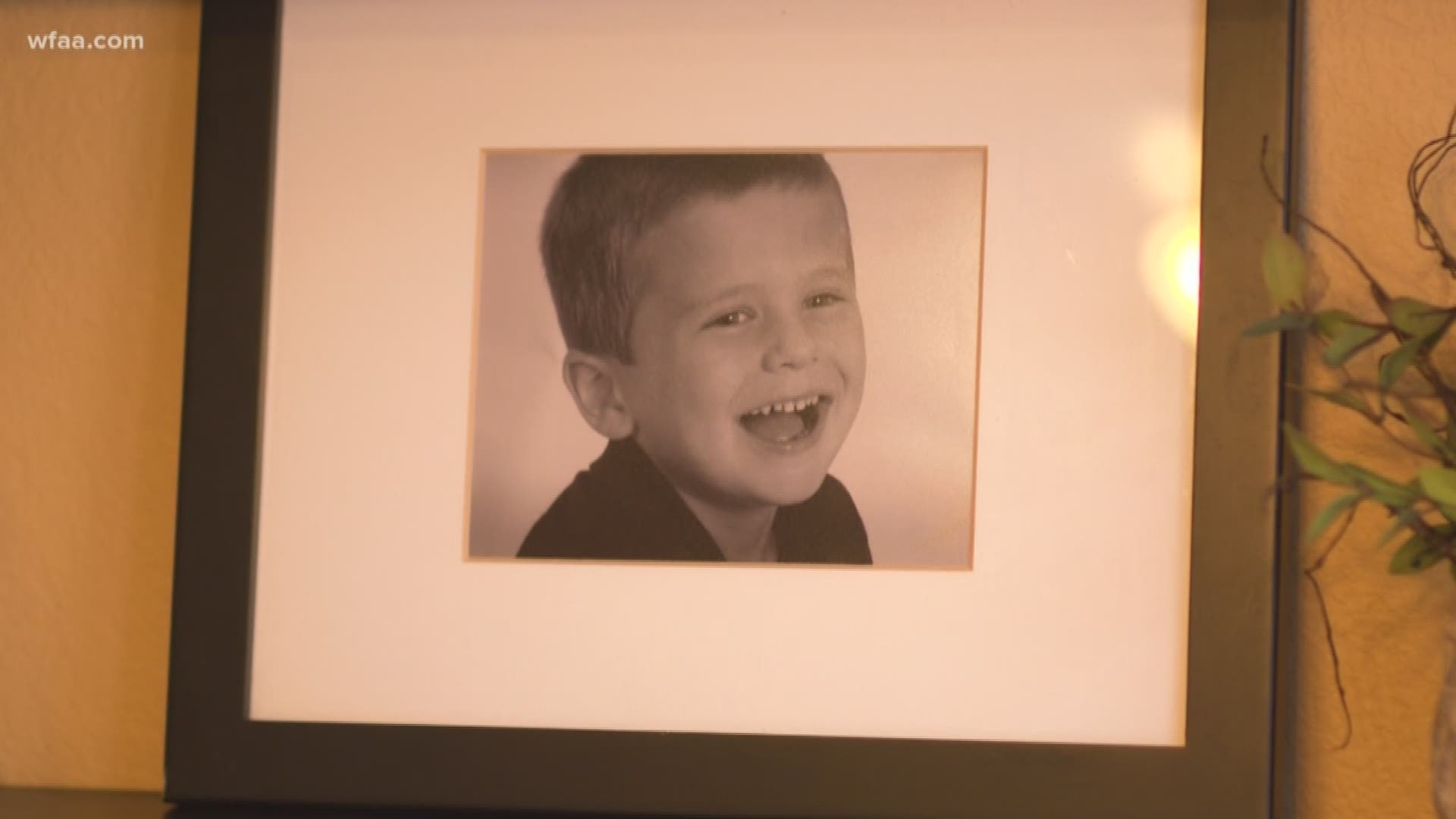 FRISCO – If there’s one thing Cade Elias likes more than video games, it is math.

“Actually, yes and sushi is the best though,” he quipped. Cade, a seventh grader in Frisco ISD, has autism.

In the summer, among other things, he plays an app called Prodigy Math with his brother, Jace, 9. “This is a math game for a lot of different grade levels,” said Cade, 13.

Doctors diagnosed him at age two and Cade did not speak in full sentences until he was four, his mother, Renee, said. “It’s hard as a mom to see him struggle like that,” she added. He attended ten daycares in two years as a toddler.

But for all the struggles they endured, an email last week proved it all paid off. “I didn’t expect to see that. I really didn’t,” said Renee.

“I was upstairs playing my video games and she yelled ‘oh my gosh.’ And I ran down and said ‘what’s wrong,” Cade explained.

“I said you got a perfect score on the math STAAR [test]. And he said ‘what?!,” Renee remembered.

“She looked at the actual percentage and she almost fell out of her chair,” he continued.

“I did. I just about fell out of my chair,” his mother laughed.

Cade got every single math question correct – on his STAAR test. “Some parts were hard but most of it was easy,” Cade said.

“It’s hard for him to even get through the tests sometimes. To be able to maintain that amount of focus for that long and to have the attention to detail. That’s what surprised me,” said Renee.

Here’s context. Frisco ISD said 4,677 seventh graders took the math portion of the STAAR test this spring. Of that number, only five percent, 235 students, actually got 100-percent of the questions correct.

Experts say it is even rarer for a student on the spectrum to get such a score.

“For someone like this child who started as non-verbal who went all the way up to acing the STAAR test in 7th grade – gives hope and lets people know our children can move along that spectrum and can start with low-functioning and go up to higher-functioning. It takes a lot of education, a lot of therapy, a lot of hard work on their part, but it’s possible,” said Nagla Moussa, board member of the National Autism Association of North Texas.

Playing those video games, math ones especially, have had value. “It’s so nice to see him be rewarded and feel proud and feel good about his accomplishments,” said Renee.

She and Cade credit the S.A.I.L. program at Frisco ISD – Social and Interpersonal Learning (SAIL) – with helping him develop. It’s designed for high-functioning students on with autism.

“I’m a very proud mom. I couldn’t be more proud. It’s a big accomplishment,” Renee said about the test score. “This is an indication that we’re gonna get there, and he’s gonna be fine.”

That’s what means the most when progress is often hard to measure.

Cade will take pre-AP math in eighth grade and said he hopes to get into coding computers in the future.