Security guard sets out to remember a building of names

If it's your second day on the job and security is already calling you up by name, you probably made the wrong impression. 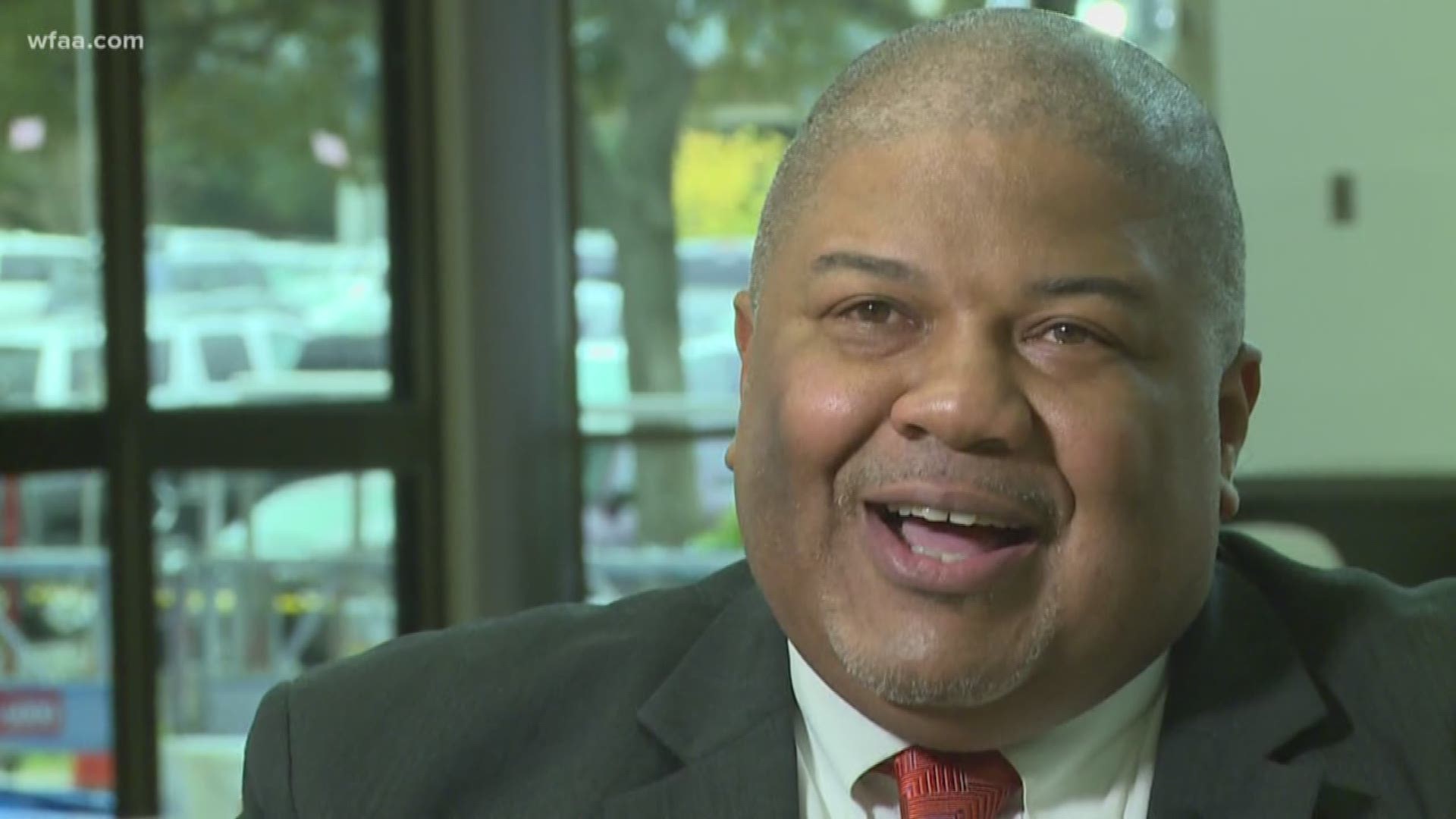 If it’s your second day on the job and security is already calling you up by name, you probably made the wrong impression.

But inside one office tower in North Dallas, if the security guard doesn’t know your name, it’s just because he hasn’t met you yet.

Tim has been guarding the front door in this building for the past three years. No one gets buy without a proper greeting.

“A smile is contagious,” said Tim.

At first, the proper greeting simply missed saying hello. Until, one day, someone responded, ‘Same to you, Tim.’

"If you call me by my name, I'd like to address you by your name,” Tim said.

And so began Tim’s mission to learn and remember as many names in the building as possible. Which, with 21 floors, seemed quite impossible.

“I know a few people from every floor,” he said.

Actually, the total number is much closer to a few thousand.

“I’m being kinda modest I guess,” Tim admitted with a laugh.

Tim says he only needs to hear your name once and he won’t forget it.

He claims there’s no secret to remembering 2,000 names. He’s only exclamation is that he simply loves people.

It’s obviously a very thoughtful thing to do, but folks hearsay Tim there’s a lot more than just remember their name.

"He makes you feel important,” said one employee.

"He makes you feel known and appreciated,” said another employee.

In America, we dislike each other because of politics or religion. But if Tim Esters shows us anything it’s that we have an ability to love one another even more.

“As a man told me a long time ago, it's just nice to be nice. That's just me. It's just inside of me, to be nice to people."