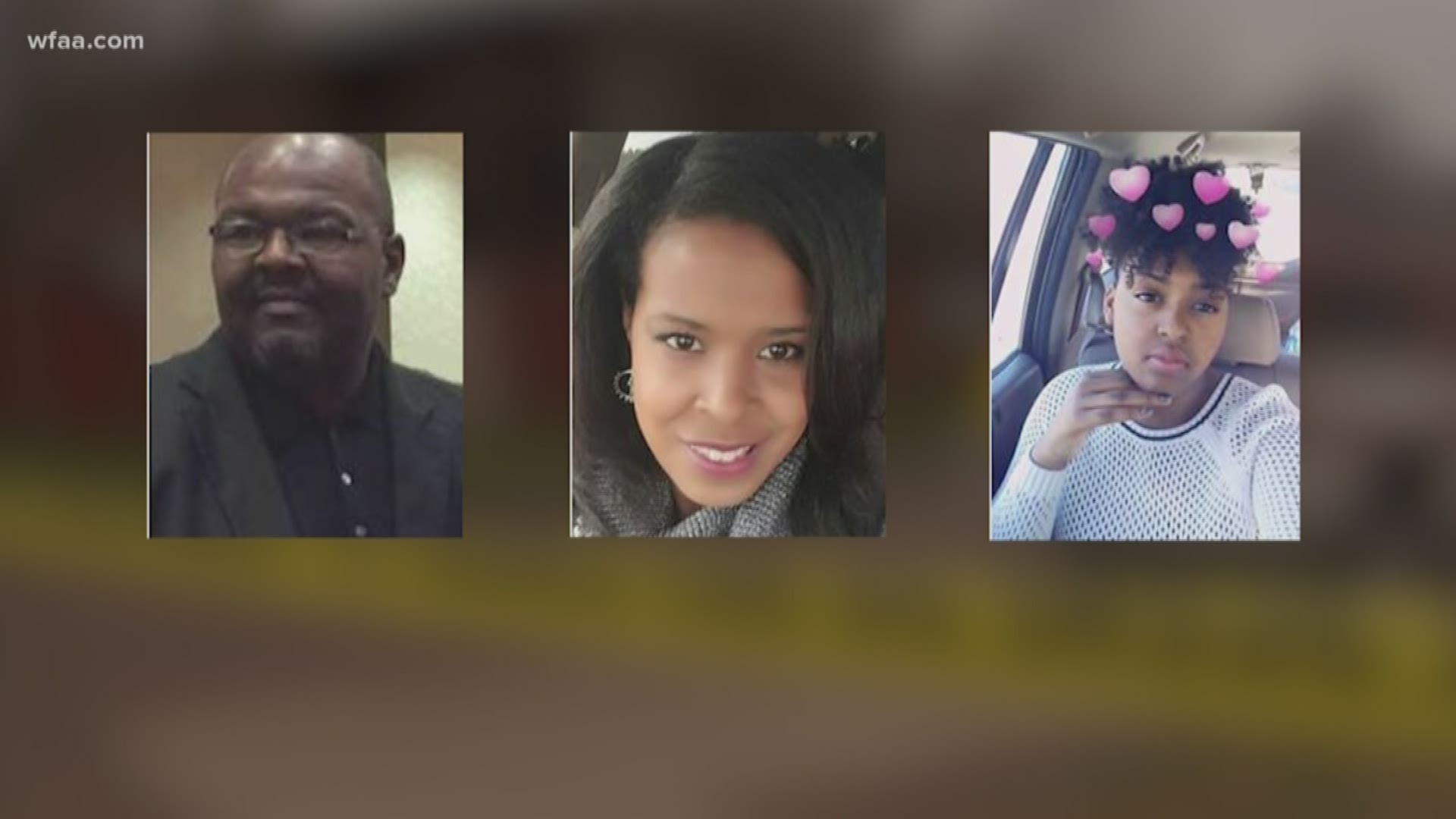 DALLAS — There is a small community about 15 miles south of Downtown Dallas called Sandbranch. It’s a tight-knit community where neighbors are still hurting over the death of local faith leader Pastor Eugene Keahey.

"Oh my goodness,” longtime resident Ivory Hall said as he sat in his yard. “Unbelievable. It was unbelievable. I didn't believe it."

Hall is among those neighbors who are still stunned after learning Pastor Keahey, his wife Deanna, and their daughter Camryn were killed in a suspicious house fire at their home in Cedar Hill on Feb. 28.

"He had a lot of impact on Sandbranch," neighbor Betty Bivens said. "He fought for running water in Sandbranch."

Bivens and her family are longtime members at Mt. Zion Baptist Church of Sandbranch, where Keahey served as pastor. Neighbors described him as a fierce advocate who lead everything from water donations to community clean-ups.

Pastor Keahey and Board members with Sandbranch Development and Water Supply Corporation (SDWSC) have been fighting to bring state and national attention to the community since 2016. Their efforts were part of an ongoing push to bring a municipal water system to the neglected area.

"He had all the world of impact down here,” Hall said. “Everybody loved him. He would walk these streets down here to see if you needed anything."

Now, as Pastor Keahey’s church members, neighbors, and friends prepare to attend funeral services for the faith leader and his family, they are trying to reflect on the good memories.

Volunteers with SDWSC promise to continue the work Pastor Keahey lead, by pushing to bring water and wastewater service to Sandbranch.

Neighbors, friends, and church members say they are focusing on how Pastor Keahey and his family lived to serve others, not how they died.

"We lost a good fighter,” Bivens said. “We lost one of the best fighters in the world."