Restoration and renovation of historic Baker Hotel to begin 'immediately'

The Mineral Wells landmark first opened in 1929, but hasn't been an operational hotel since 1972. 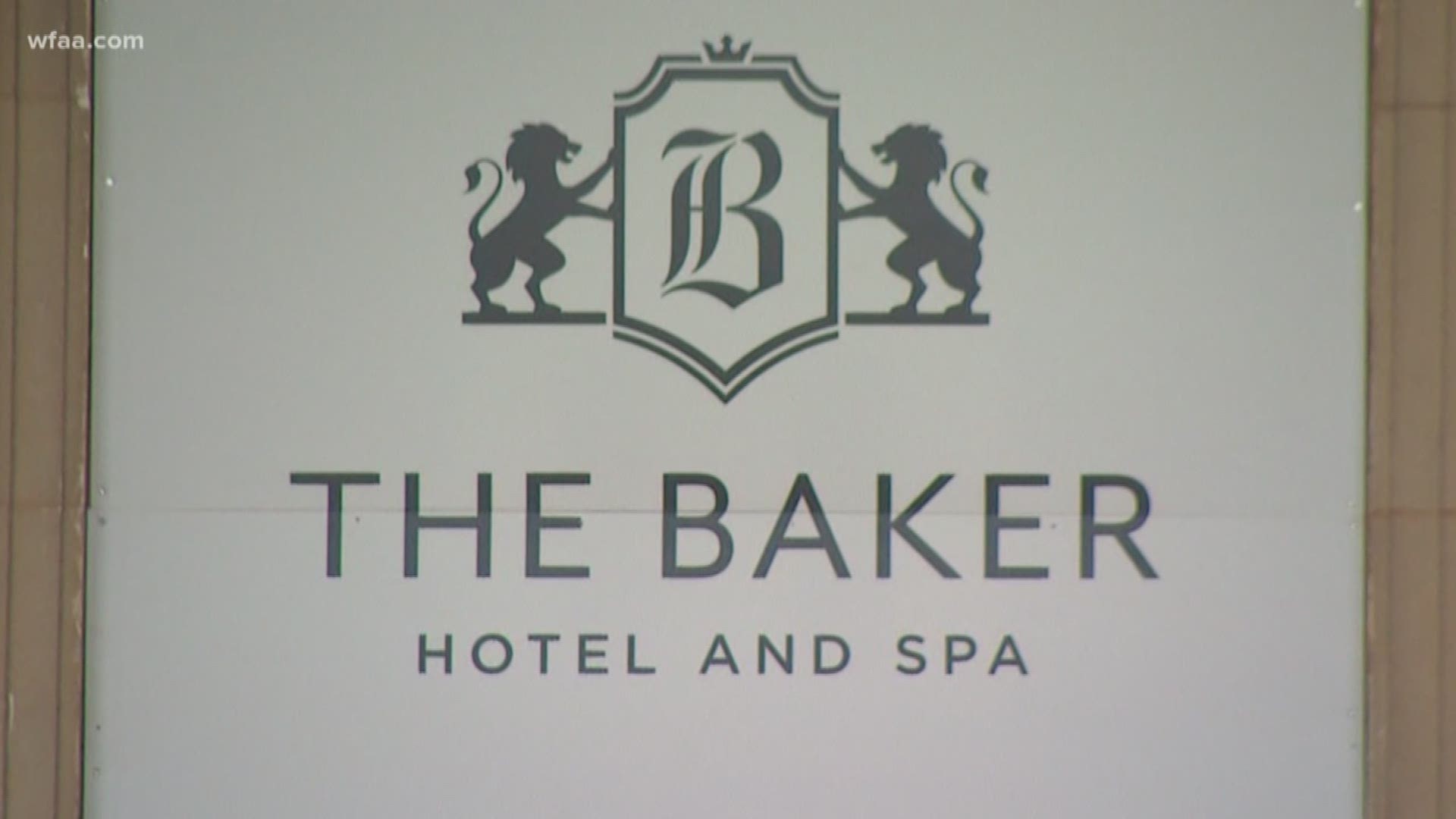 MINERAL WELLS, Texas — If you want to know how much the Baker Hotel means to Mineral Wells, just look.

Look at the hundreds of people who showed up on a sweltering Thursday afternoon to hear the good news.

"Without you, we wouldn't be here today," said developer Laird Fairchild. "We will begin the renovation and restoration of the Baker Hotel immediately."

It has been a long road to this point.

WFAA has chronicled the attempts to restore the hotel over the years.

The Baker Hotel first opened in 1929. In its heyday, it was a destination for celebrities and big names.

But it's been nearly 50 years since the hotel was last operational. It has since fallen into disrepair, with vandals having their way both inside and out.

"Like a lot of folks, I never thought it would happen," Eileen Wood said of the redevelopment.

Wood and her husband, Lenward, have watched restoration efforts come and go. But this time, developer Laird Fairchild says it's different.

"I felt drawn to it," he said of his decade-plus effort to revitalize the Baker.

Fairchild and his partners now own the so-called "Grand Old Lady." And funding, both private and public, is now in place for the $65-million renovation.

And based on the Baker Hotel's current condition, there will be lots of work to do. There will be 12 months of demolition and abatement, followed by 24 to 30 months of restoration and renovation, Fairchild said.

"At the height of construction, we will employ hundreds of individuals. And we make this promise to you that during the construction hiring process, we will look locally first," Fairchild told the crowd to cheers.

"We just wanna get it going," Lenward Wood said.

The announcement meant a lot to the Wood family.

It means a lot to Leslie Baker, too, who says her husband's extended family built the place.

"I'm hopeful these developers will be able to at least preserve this great grand old hotel," she said.

The hotel will have 157 suites, a spa and a 22,000-square-foot meeting area. But more than that, it'll aim to bring people back to the beautiful old Baker Hotel.