Genevive Dawes was 21 years old when she died at the hands of a Dallas police officer. About 18 months later, we can finally see what happened. 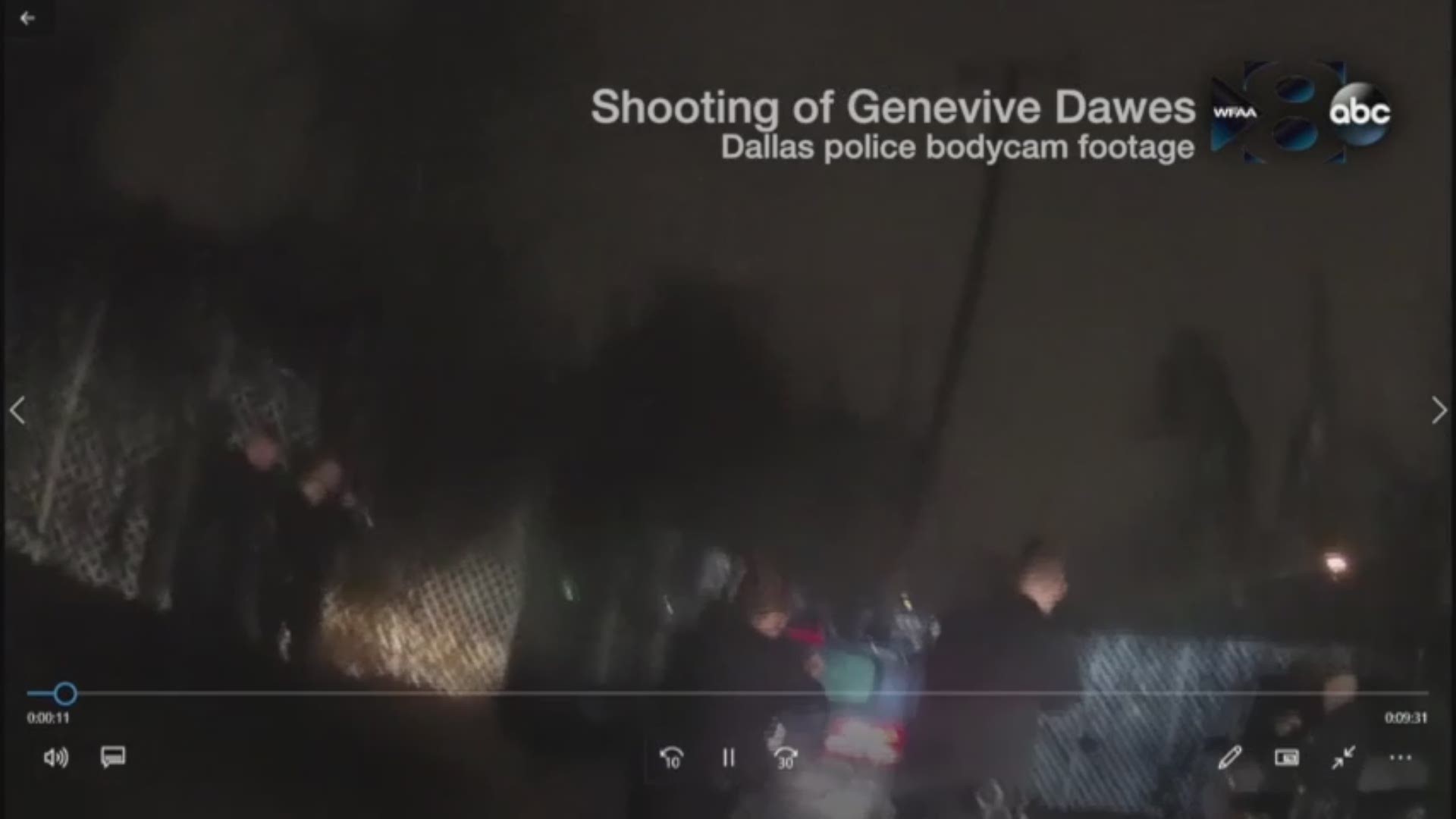 DALLAS — Genevive Dawes was 21 years old when she died at the hands of a Dallas police officer.

"She was a good person. She was not a violent person at all,” said Mary Dawes.

About 18 months later, we can finally see what happened. Body camera video obtained by WFAA shows police officers responding to a stolen car. 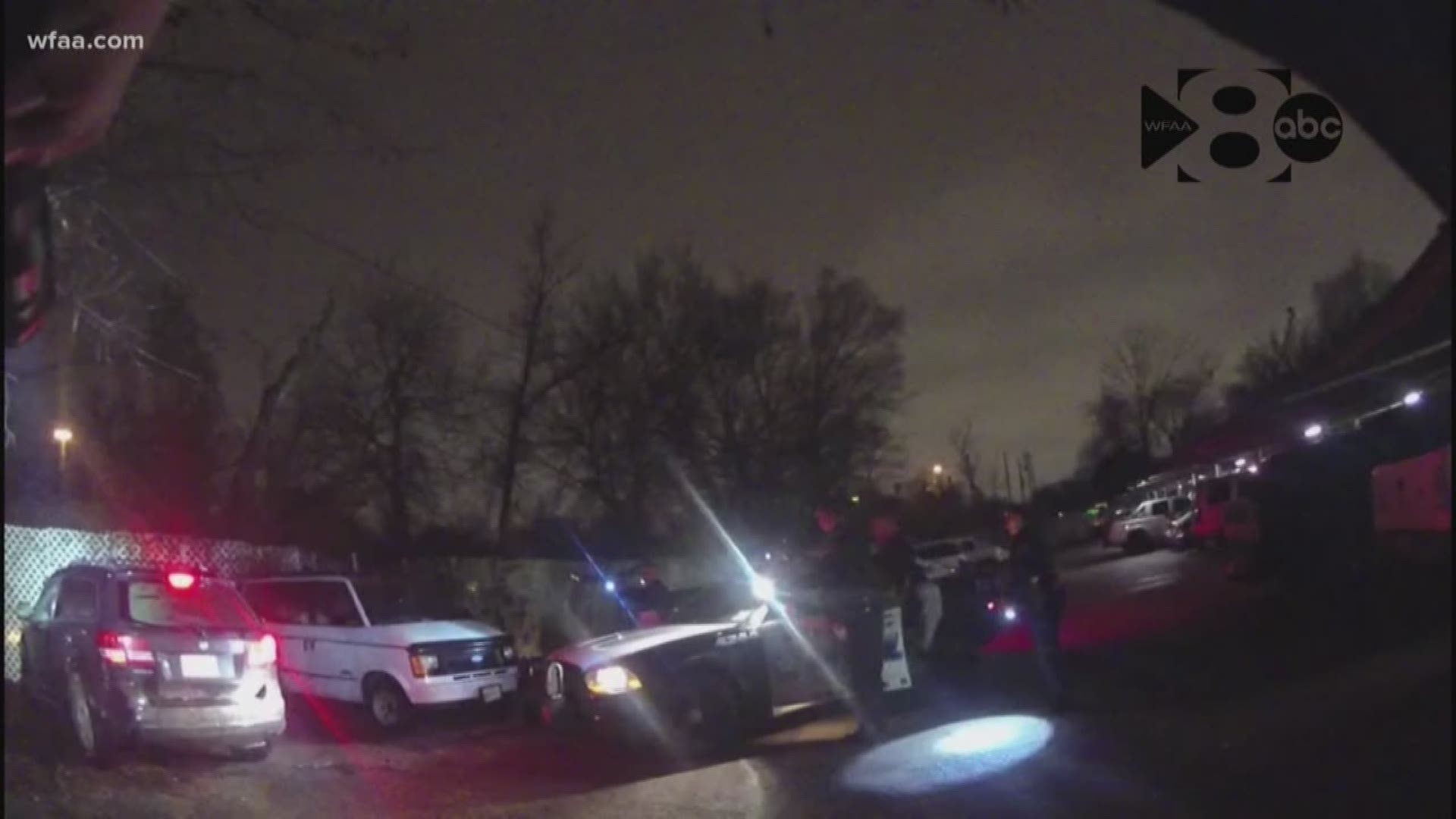 The video shows Dawes initially tries to drive backwards, hits a squad car that has been moved up to block her exit. She tries driving forward, hits a fence and then begins to slowly drive backwards again.

Multiple body cameras capture what happens. Officer Jason Kimpel’s body camera shows he fired once. Dawes died at the scene. Her boyfriend crawled out of the passenger seat and makes it our alive.

“To see the loss of life that I didn’t think had to happen was something that did upset me, “ said Former DPD Assistant Chief Randy Blankenbaker.

Blankenbaker was the assistant chief over the Special Investigative Unit that looked into the shooting. He said Hess told investigators he thought other officers were in danger of being run over, so he fired his weapon.

He said the video proves the officers violated the use of force policy. “You are responsible for every round that leaves your weapon. You are told that every time you go to the pistol range,” says Blankenbaker.

Blankenbaker also says shooting into a car and not being able to see your target is wrong. "You don’t know what is in that vehicle there could have been children in the back seat that could have been shot and killed," he said.

DPD did eventually find a weapon in the car, but prior to the shooting, they didn’t know it was there.

Dawes’ family attorney talked to WFAA last May when we first learned about the case. "The force that was used was extreme. It was excessive. It was deadly force, “ said Attorney Daryl Washington.

Officer Hess was arrested and indicted for aggravated assault by a peace officer. DPD fired him. Officer Kimpel was not indicted or fired but was suspended. He is still on the force.

Dawes did not comply with the officers’ commands, but Blankenbaker said her punishment should not have meant death. 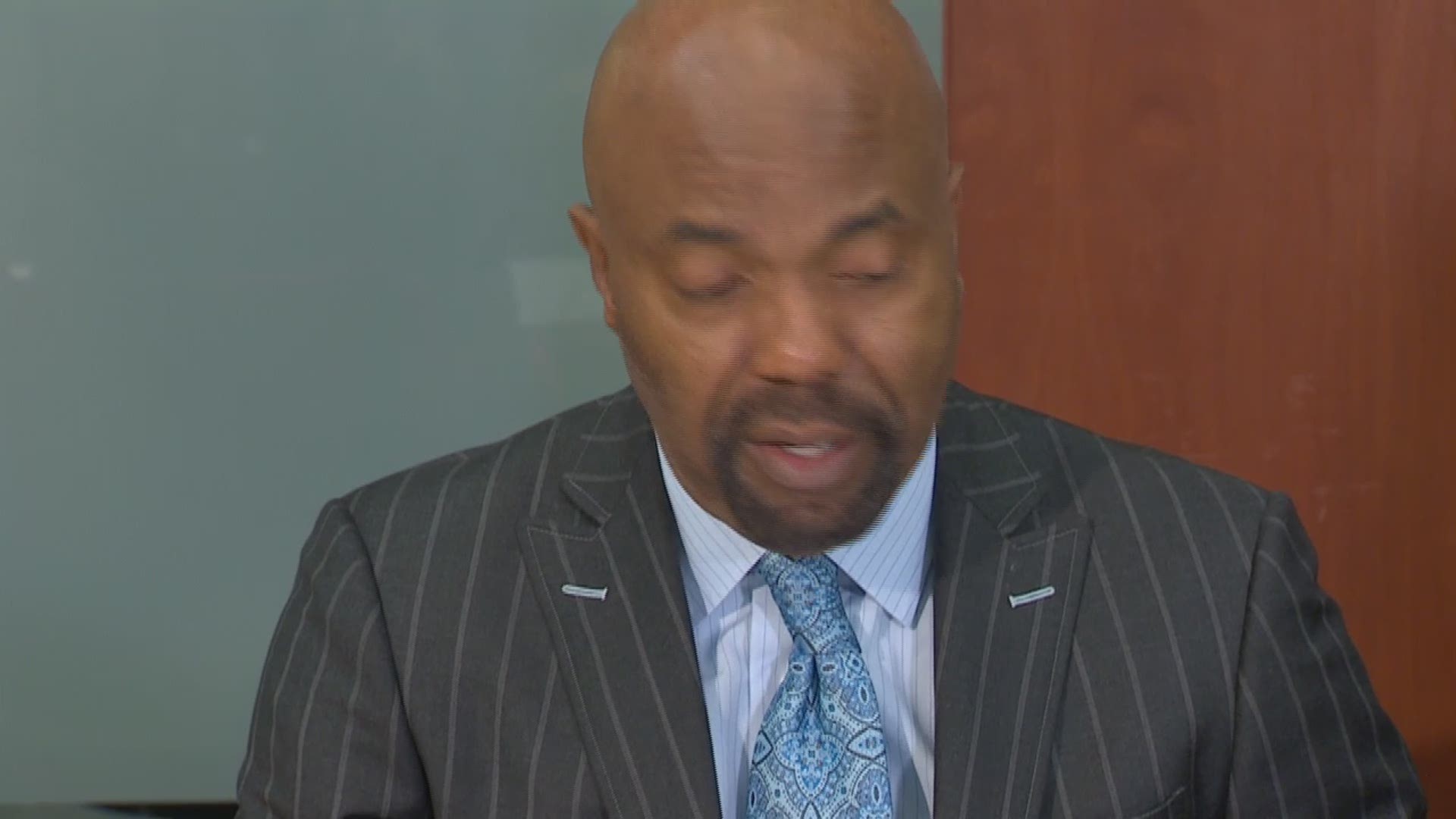