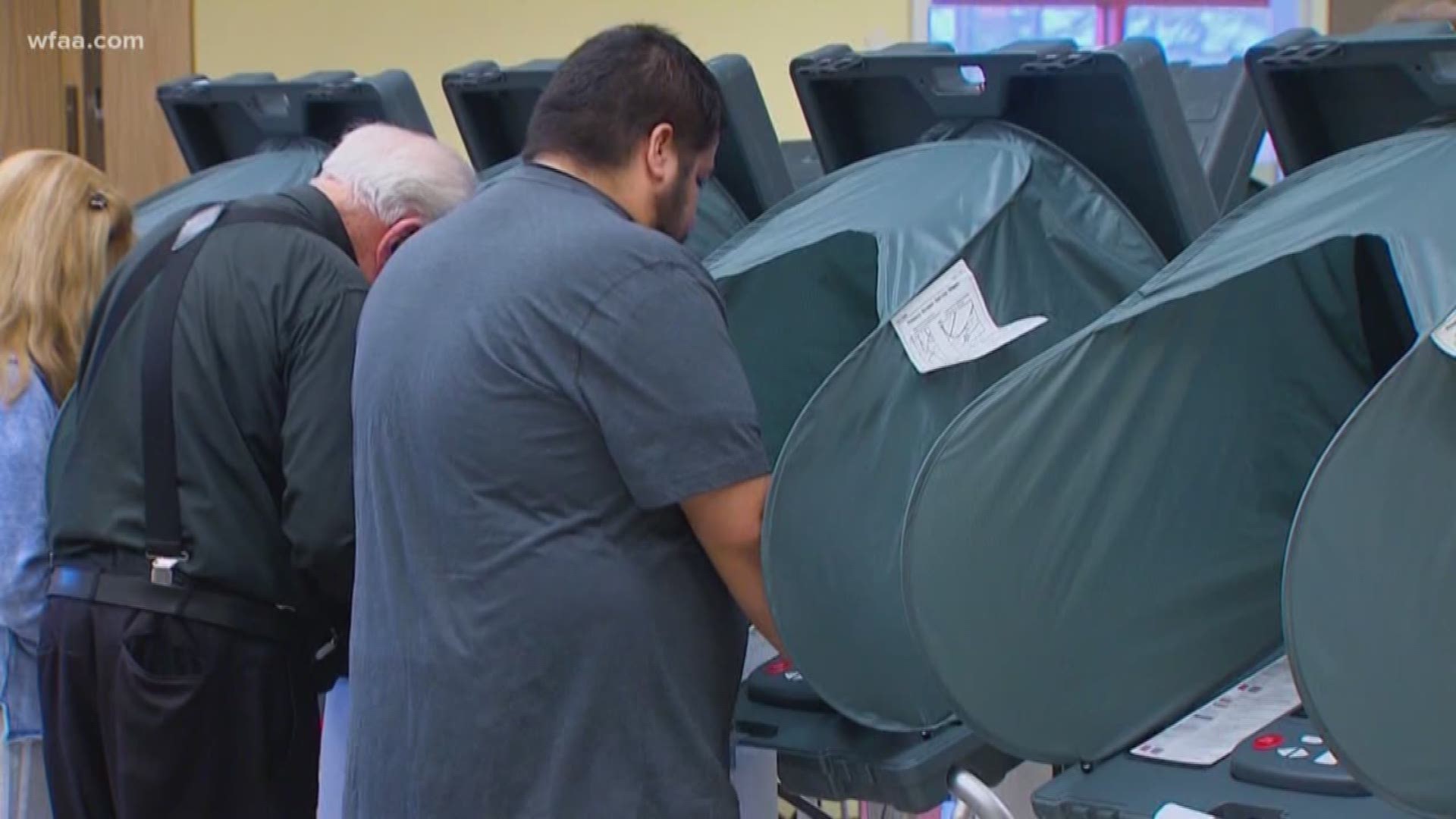 After flagging tens of thousands of registered voters for citizenship reviews, the Texas secretary of state’s office is now telling counties that some of those voters don’t belong on the lists they sent out.

Officials in five large counties — Harris, Travis, Fort Bend, Collin and Williamson — told The Texas Tribune they had received calls on Tuesday from the secretary of state’s office indicating that some of the some of the voters whose citizenship status the state said counties should consider checking should not actually be on those lists.

The secretary of state’s office incorrectly included some voters who had submitted their voting registration applications at Texas Department of Public Safety offices, according to county officials. Now, the secretary of state is instructing counties to remove them from the list of flagged voters.

“We’re going to proceed very carefully,” said Douglas Ray, a special assistant county attorney in Harris County, where 29,822 voters were initially flagged by the state. A “substantial number” of them are now being marked as citizens, Ray said.

It’s unclear at this point how many counties have received these calls and how many individuals will be removed from the original list of approximately 95,000 individuals that were flagged by the state. The secretary of state’s office did not immediately respond to a request for comment. County officials on Tuesday said they had not received anything in writing about the mistake.

Over the weekend and on Monday, counties started receiving lists of registered voters who the state said provided DPS with some form of documentation, such as a green card or a work visa, that showed they were not citizens when they obtained a driver license or ID card.

Most of the counties with the most registered voters in the state said they were holding off on sending “proof of citizenship” letters to the voters who were flagged. Just Galveston County officials said they were dropping some letters in the mail on Monday, starting a 30-day countdown for voters to provide proof of citizenship such as a birth certificate, a U.S. passport or a certificate of naturalization. Voters who don't respond will have their voter registration canceled.

Galveston County officials did not respond to a request for comment on Tuesday.

Elections administrators at Williamson County and Travis County said they received calls from the secretary of state’s office, too,

Chris Davis, Williamson County’s elections administrator, said the counties were now being instructed to consider certain voters on the list as citizens. Both Davis and Bruce Elfant, Travis County’s tax assessor-collector and voter registrar, said that would likely cause a “significant” drop in the number of registered voters flagged by the state. Williamson initially received a list of 2,033 individuals from the state. Travis was facing a list of 4,547 registered voters for review.

John Oldham, elections administrator in Fort Bend, said he also received a call from the secretary of state's office indicating that some of the names on the initial list of 8,035 individuals it received from the state should not be there.

His office hadn’t determined how many voters would be removed from the list of flagged voters, but he noted they had found two non-citizens on the rolls. In both of those cases, the individuals had actually indicated they were not citizens on their voter registration applications but were mistakenly added to the voter rolls, Oldham said.

Since the state’s announcement of the citizenship checks, top Republican officials have pointed to the numbers to raise unsubstantiated claims of voter fraud. But election officials have pointed out that it’s possible that some of the individuals flagged by the state could have become naturalized citizens since they obtained their driver’s licenses or ID cards.

At least one lawsuit has been filed against the state over its efforts to flag voters for citizenship checks. LULAC’s national and Texas arms are suing the state over what they say is is an “election-related ‘witch hunt’” designed to intimidate legitimately registered voters by asking them to prove their citizenship. Other civil rights groups have warned that the state’s recommended procedure for verifying voters’ citizenship status could violate federal law, and several are considering litigation against the state.