Poll: O’Rourke within margin of error against Cruz

After Beto O'Rourke's call for a debate, Sen. Ted Cruz has proposed five dates and locations to face off, with the first to take place on Aug. 31 in Dallas. 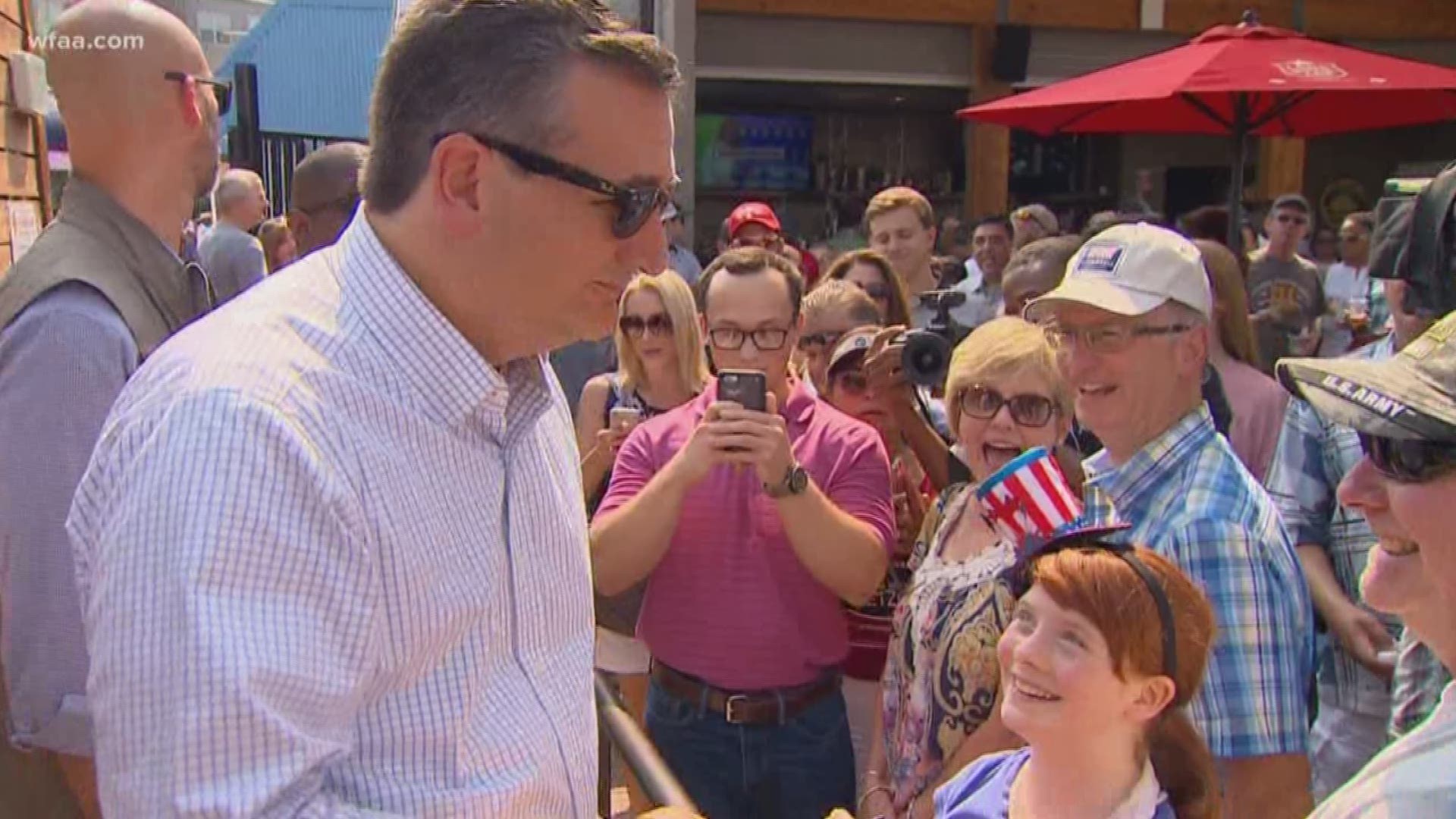 According to newly released data from the Texas Lyceum poll, the Republican senator is still ahead of the Democratic congressman with a two percent lead. That's a much smaller lead than previous polls showed. It also suggests the race is a dead heat with the poll's margin of error at plus or minus 4.67 percentage points.

The survey shows Cruz with 41 percent of likely voters, O'Rourke with 39 percent and 19 percent undecided. This is the closest O'Rourke has ever been to closing that gap.

A Quinnipiac University Poll, also released Wednesday, showed Cruz leading 49 to 43 percentage points. That's also a smaller advantage than their previous poll, released on May 30, showed. At that time, the poll indicated Cruz had a 50 to 39 percent lead over O'Rourke.

The Texas Lyceum Poll conducted a phone survey of adults from July 9 to July 26. A total of 1,178 adults were surveyed, 806 registered voters and 441 likely voters.

Both U.S. Senate candidates have agreed to five senate debates beginning at the end of the month in Dallas.

In the Texas governor’s race, Greg Abbott has a commanding lead over Democratic nominee and former Dallas County Sheriff, Lupe Valdez, 47 to 31 percent, with 22 percent of likely voters undecided.

In the race for Texas attorney general, 38 percent of likely voters are currently unable to make a choice between the Republican, Democratic and Libertarian nominees.

POLL: @DanPatrick has a 10-point lead over @CollierForTexas - but a quarter of likely voters remain undecided, according to Lyceum poll this morning. pic.twitter.com/x0Zsjjv5lb