What will the Senate impeachment trial look like? It’s still not clear.

The Texas delegation in the U.S. House of Representatives voted along party lines to impeach President Trump. 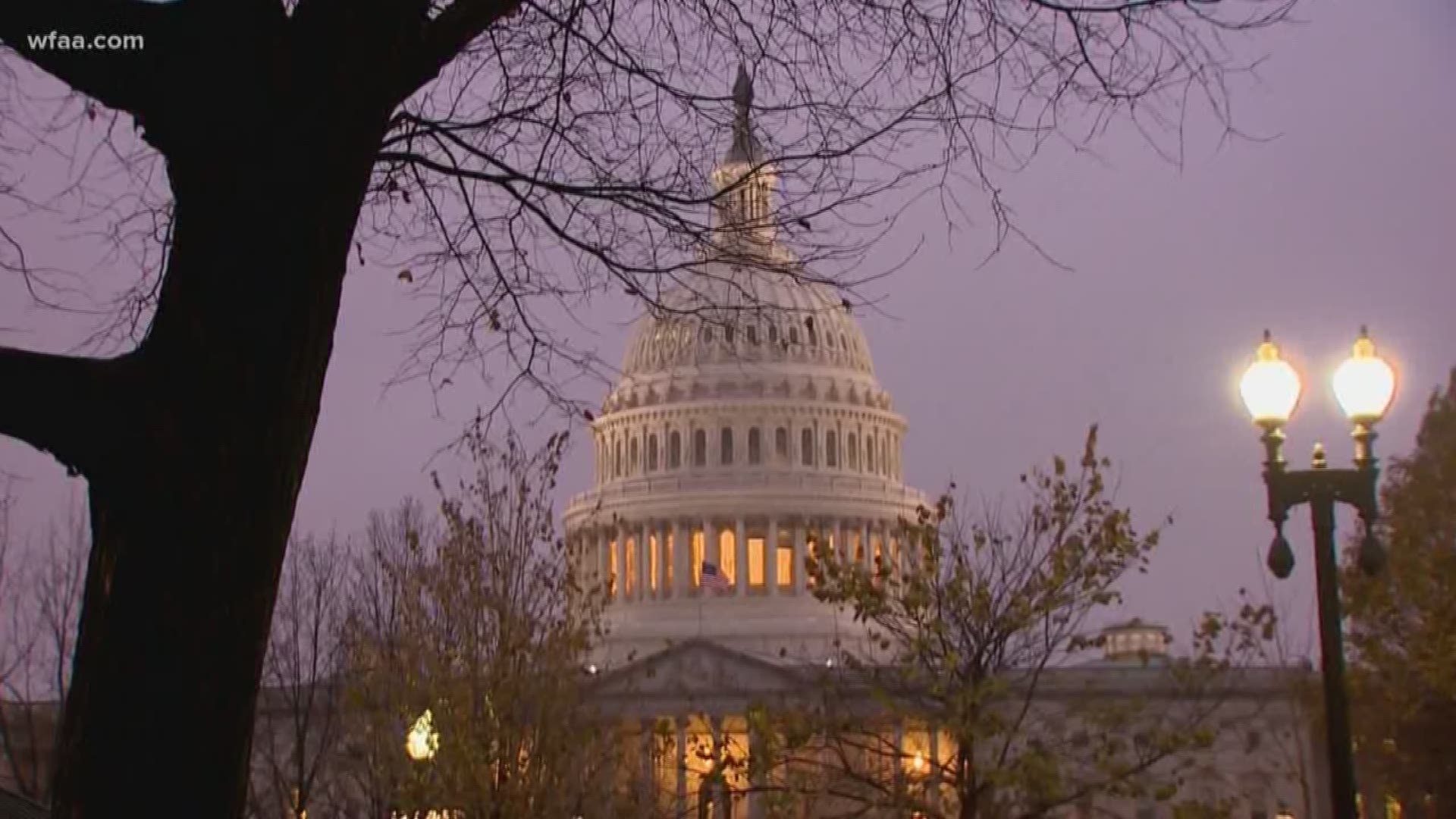 FORT WORTH, Texas — It is as clear as it’s ever been inside the people’s house: the people are deeply divided.

And the Texas delegation provided perhaps the strongest evidence during Wednesday's eight-hour debate over the impeachment of President Donald Trump.

But Republican Representative Louie Gohmert of Tyler was just as passionate making the opposite argument.

“This is a travesty!” he exclaimed. “This country’s end is now in sight. I hope I don’t live to see it. This is an outrage.”

No Republicans voted for either article, but for a moment it appeared there was one defector.

According to multiple D.C.-based reporters, U.S. Rep. Michael Cloud, R- Corpus Christi, accidentally voted yes on the first article of impeachment and then quickly changed his vote to no. Republicans said it was a mistake.

A Senate trial comes next. While the framers of the constitution wrote rules governing an impeachment trial, each of those rules can be radically changed.

RELATED: VERIFY: How a Senate impeachment trial will differ from the House hearings

“It isn’t in fact a criminal proceeding at all. The question is whether the president will be removed from office and only that,” he said, “and it does not require a level of beyond reasonable doubt that you’d see in a criminal trial.”

According to the constitution, the trial should begin at 1 p.m. the day after the House sends over the articles of impeachment. House members present evidence and the president’s defense team can rebut it. The chief justice of the supreme court acts as judge and senators are jurors.

But the Senate is also given the power to wildly alter those rules.

“I think Sen. McConnell and the other leadership in the Senate is trying to figure out how to do this in the most expeditious manner, while Trump would like to do this in a full trial with airing of all grievances,” Riddlesperger said.

Exactly what the trial will look like, “remains to be seen,” he said.

The only given is – just like the House vote – the outcome of a Senate trial will be divided down party lines.