“We can’t do it again. Of course, I think they need to participate in the critical infrastructure paperwork. It’s not that complicated,” Speaker Dade Phelan said. 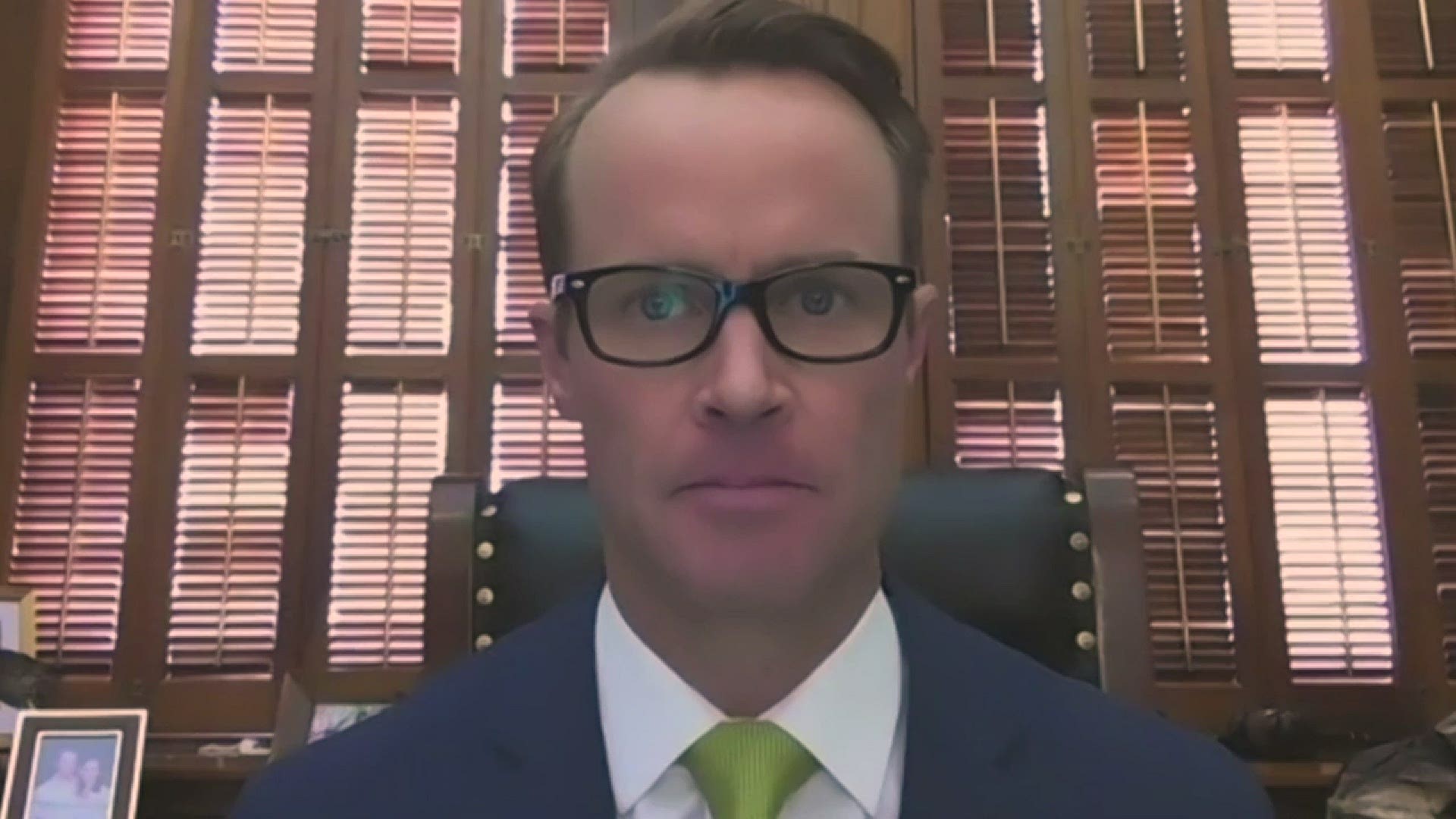 DALLAS — More than two months after the deadly widespread electric outages left millions of Texans cold and in the dark, one apparently simple fix has yet to be mandated by Texas lawmakers as they move into the final six weeks of the legislative session.

Natural gas producers, which fuel the majority of Texas electric generation plants, are not required to fill out a two-page form declaring they are critical infrastructures like hospitals, jails, and 911 centers. So, in February, when electric transmission companies began turning off power to homes and businesses across the state, many natural gas producers went dark, as well.

In an interview for Inside Texas Politics, Texas House Speaker Dade Phelan, R-Beaumont, was asked whether the legislature will mandate that natural gas providers must declare themselves as critical infrastructure.

“They have to be. You need natural gas for electricity. You need electricity for natural gas. We saw both have that failure. We can’t do it again. Of course, I think they need to participate in the critical infrastructure paperwork. It’s not that complicated,” the Speaker said on the television program. “The last thing you want is a lack of communication for the reason natural gas goes down. That’s a very easy fix for the legislature.”

But, with six weeks left in the legislative, that easy fix has not yet been mandated by state lawmakers.

“Once critical natural gas facilities have been identified, they can be designated as critical load for natural gas-fired electricity generation," said Todd Staples, the former Texas Commissioner of Agriculture who is now president of the Texas Oil and Gas Association.

But Staples' office did not say whether anyone was actively seeking to identify those natural gas facilities directly tied to the electricity infrastructure.

“The [Texas] Railroad Commission has been supportive of the Legislature’s efforts to find meaningful solutions to the challenges experienced during the winter storm, including ensuring that critical oil and gas infrastructure is eligible for this designation and is appropriately registered with ERCOT and electric utilities,” said Andrew Keese, a spokesman for the agency.

ERCOT and electric generation companies have disclosed failures on the electric side. But the Texas Railroad Commission has not made the same information public about gas producers.

Keese suggested that the Railroad Commission does not have details about gas producers that failed or went off-line during the February winter storm because that information is not required to be reported as long as the well shut down is temporary and less than a month.

The other flashpoint legislation this session has been the changes to Texas voting laws. The state senate has passed its version of changes and now the issue moves to the House of Representatives.

On Inside Texas Politics, Speaker Phelan defended legislation which he said would make voting laws uniform across the state.

“In Harris County, they were creating election law every single day. That’s not how it works,” Speaker Phelan explained. “You don’t change law at the local level. Because it could go either way. It could be more restrictive. You could have a county that says ‘Yeah, we’ll take your driver’s license, but we also want a passport.’ Well, that’s not right either. We don’t have different criminal justice codes in different counties. You don’t get prosecuted under different laws. Therefore, you don’t get to run your elections under different laws.”

But some Texas-based businesses like American Airlines and Dell have come out against the legislation.

Economist Ray Perryman, Ph.D., issued a report that estimates if Texas Senate Bill 7 or House Bill 6 become law, it could cost the state more than $14 billion in lost economic output over the next four years and as many as 73,000 jobs.

Speaker Phelan said he has reached out to executives at some of the corporations questioning the legislation but has not immediately heard back from them.

“I want to give them the opportunity to return my phone call,” the speaker said without identifying any company he contacted.

Phelan said he did not know how soon the House would consider its own bill regarding changes to the voting law. The coming days, the speaker said, would be consumed with a debate over the budget, which is the only item that the Texas Constitution mandates that the legislature pass.