Dowd spoke to Inside Texas Politics about fixing the issues he believes Texans are facing. 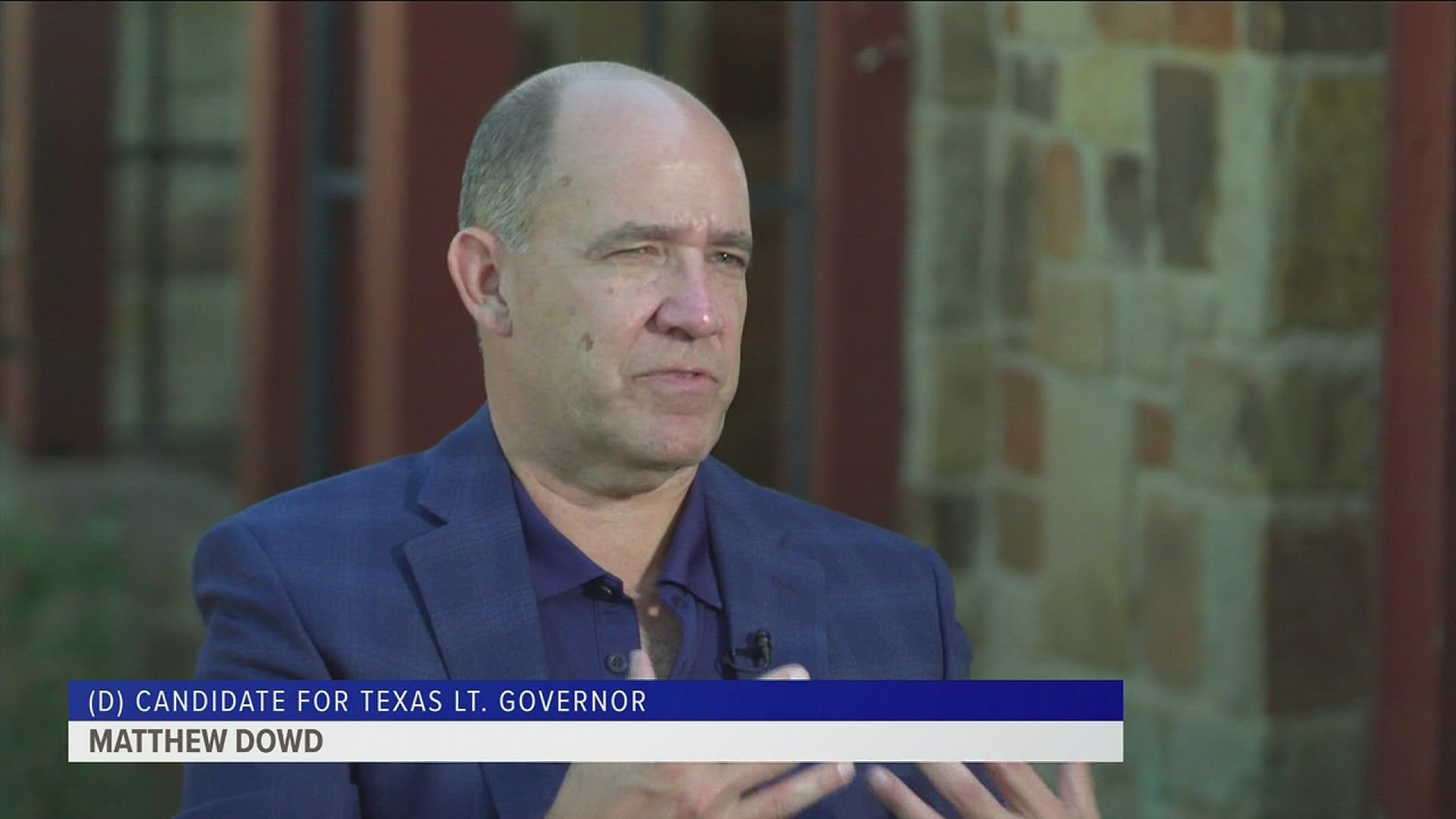 What are the two biggest problems facing Texas right now… and how do you fix them?

“I think the biggest overall problem is the lack of leadership and the lack of Texas values that are shared by our statewide leaders.  They’re not people of integrity.  They don’t serve the public.  They’re not interested in the common good.  And I don’t think they treat everybody with the same dignity and decency.  So, it’s an overall lack of complete leadership on behalf of most Texans.”

#2: Leadership’s inability to appeal to all Texans

“The inability to appeal to all Texans and not just a select group in the state.  And so, instead of only having the same people at the table which is not diverse, both opinion and the way they look, whether it’s women or people of color, they only have a select group that all believe the same exact thing, which again, I don’t think is in the interest of all Texans.  So, I think it’s leadership and then I think they have no interest in the common good.”

How do we keep Texas citizens safe from gun violence, while also respecting the 2nd Amendment?

“So, this to me is a huge issue because it goes to exactly what I’m talking about about leadership and doing what’s in the best interest of the common good.  We’ve had more mass shootings in the last 10 years than we’ve ever had in this state.   Schools and Walmarts and churches and all the places it’s happened.  And what was the Republican leadership and the man I’m running against, Dan Patrick’s, response to that?  It was make it easier for people to carry guns without a permit or a license, the permitless carry bill.  I have three things that I would want to do.  First is red flag laws.  We need universal background checks with no loopholes.  And the third thing is we should roll back this permitless carry thing.”

What should abortion rights look like for a woman in the state of Texas?

“A woman ought to have that right.  A fundamental right to a woman is the right of her own decisions over her own body.  And I don’t think it’s appropriate for a state legislator or a state Senator or the Lieutenant Governor to be in the room, which is basically what that is, when they make that decision.”

You were a Democrat in the 90s, a Republican in the early 2000s and you’re running now as a Democrat again.  How do you explain the switches?

“It’s all about my values.  In the 90s when I worked for Bullock and Ann Richards, which I call myself an Ann Richards and Bob Bullock Democrat is who I am, I got to know then Governor Bush and watched how he worked across the aisle with a Democratic Lieutenant Governor and a Democratic Speaker.  I thought we could do the same thing when he asked me to work for him for President, which is the first time I had worked for a Republican, we could do the same thing in a very dysfunctional Washington.  It didn’t turn out that way.  I had a very public break with President Bush over the war and the fact that the country was more divided.  I’ve come to the conclusion that the only vehicle that exists today with the two main political parties to sort of save democracy and reinvigorate the constitution is through the Democratic party right now.  I don’t think that exists today in the Republican party.  I hope.  I think we benefit by having two vibrant, enlightened political parties.  That doesn’t exist today.  So, in my view, the only path to the promised land of having a state that pays attention to the constitution and the rights of everyone and works in the common good is the Democratic party.  And that’s why I’m running.” 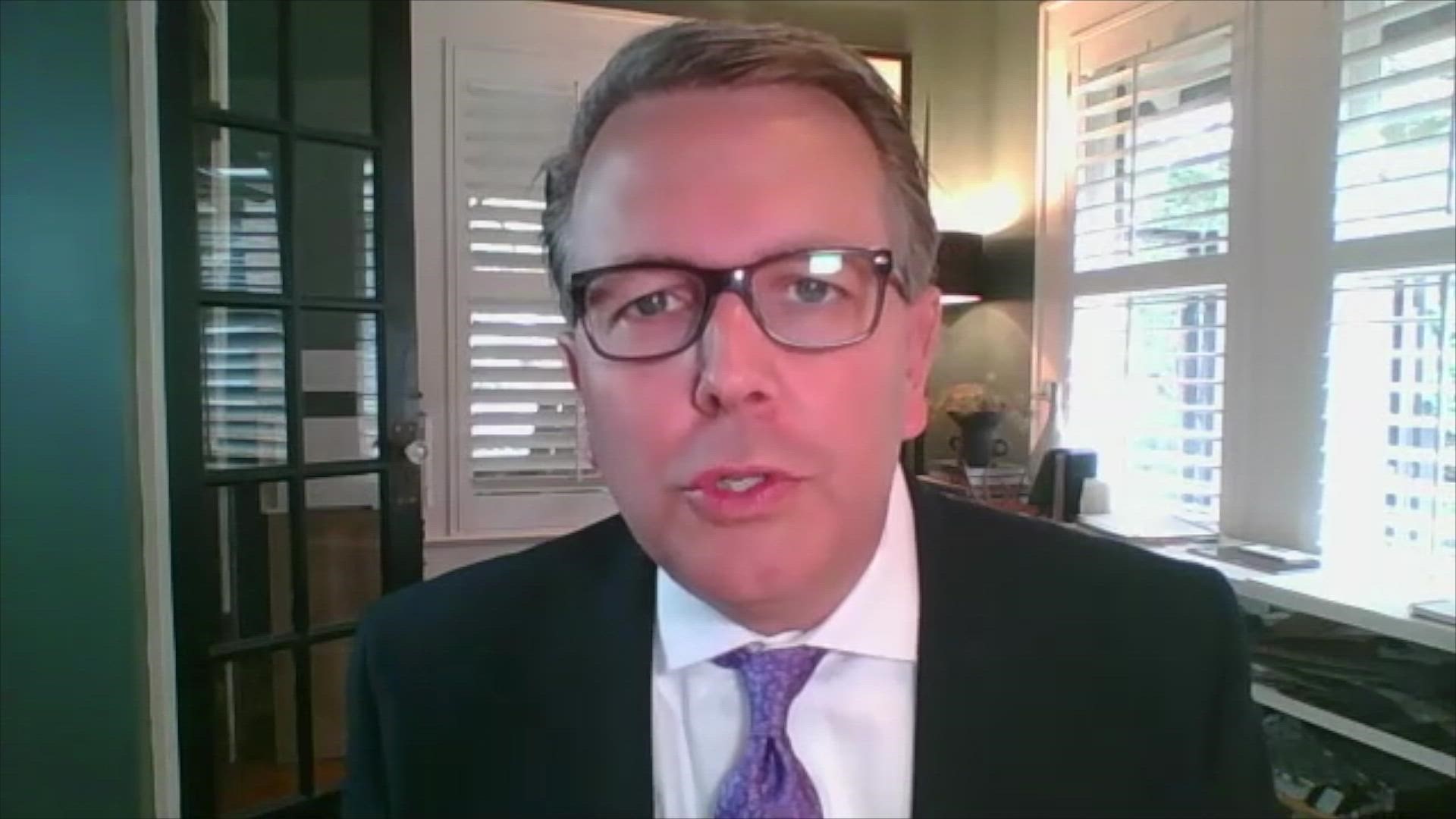 UNCUT: Congresswoman Sheila Jackson Lee after getting drawn out of her district