Dallas teachers use Instagram to help voters with down-ballot decisions

The non-partisan account features several quick, easy-to-digest posts on the candidates, the offices and other information voters need before heading to the polls. 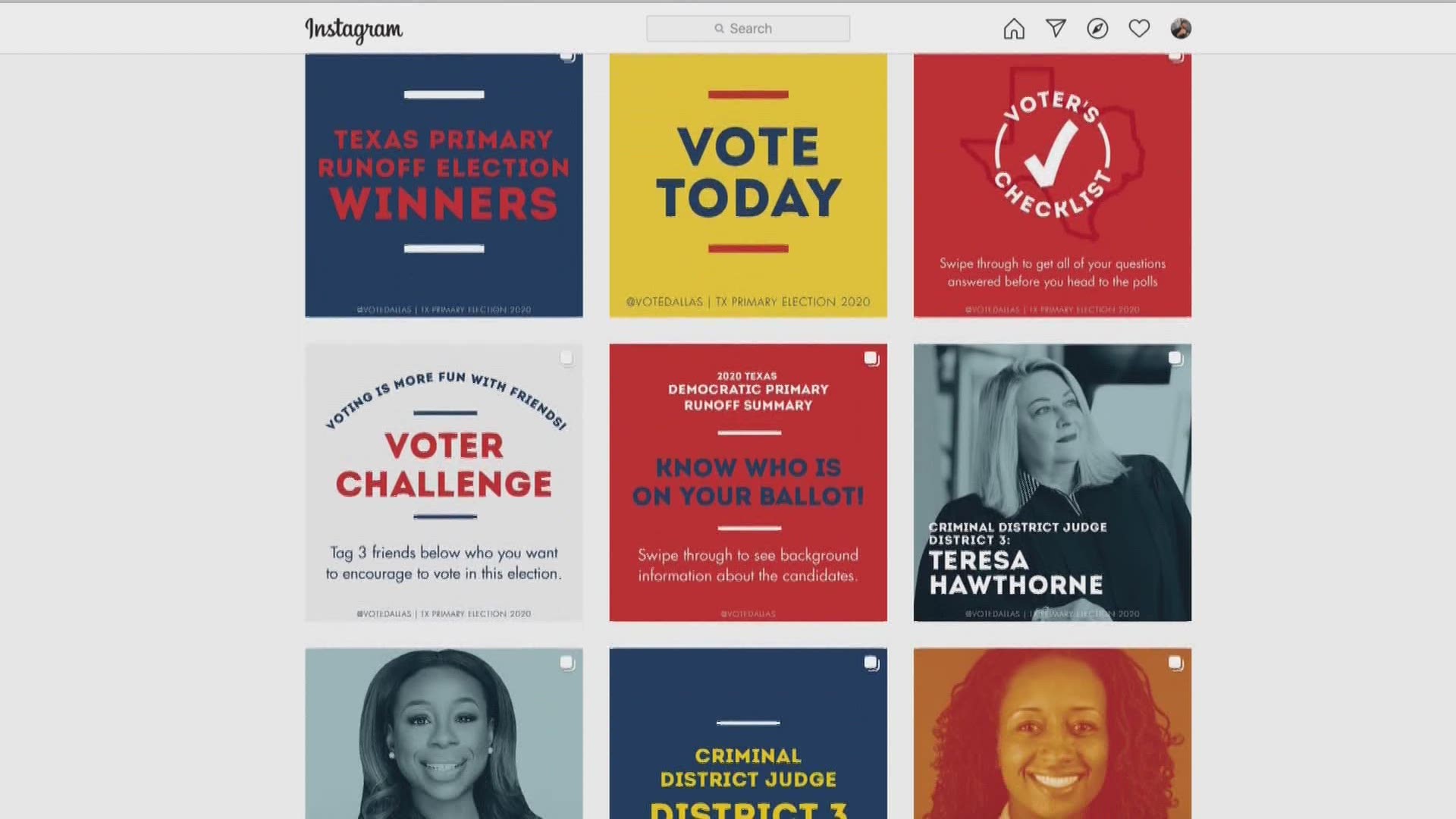 The presidential candidates and perhaps the Texas senate race will command most of the headlines and discussion.

But do you know who you are supporting for Texas Railroad Commissioner? Do you even know what a railroad commissioner does?

Ramsey Carroll is a teacher at Uplift Luna Preparatory in Dallas and considered himself reasonably informed on the elections and the candidates.

Then he got in the voting booth for the March primary.

“I went and voted. I thought I had done some research and when I walked out of the polling place, I realized I really had no idea what I had voted for,” he explained.

And if he had that feeling as an educator who spent time researching the races, he knew there were others just as unprepared for those items at the bottom of the ballot. Then an idea began to take shape.

“If only there was a way we could get that information to people easily so they do not have to put in hours of effort.”

So Carroll and two other teachers at Uplift Luna who are also involved in Teach for America started a new Instagram account: VoteDallas.

The non-partisan page features several quick, easy-to-digest posts on the candidates, the offices and other pieces of information voters need to make an informed vote from the top of the ballot all the way to the bottom.

“They will see everything is given an equal amount of attention,” Carroll said. "Not just president but judicial candidates and local state senators.”

The page, which currently has more than 2,700 followers, profiled the races in Dallas County for the primary runoff and will do the same in the months leading up to the general election.

Now, a team of four teachers plus a graphic designer create the posts in the hopes of reaching as many voters as possible.

“Voting is a habit and we want people to get into that habit,” Carroll explained.

The group also plans to use other social media platforms beyond Instagram to share information on everything voters will find on the Dallas County ballot.