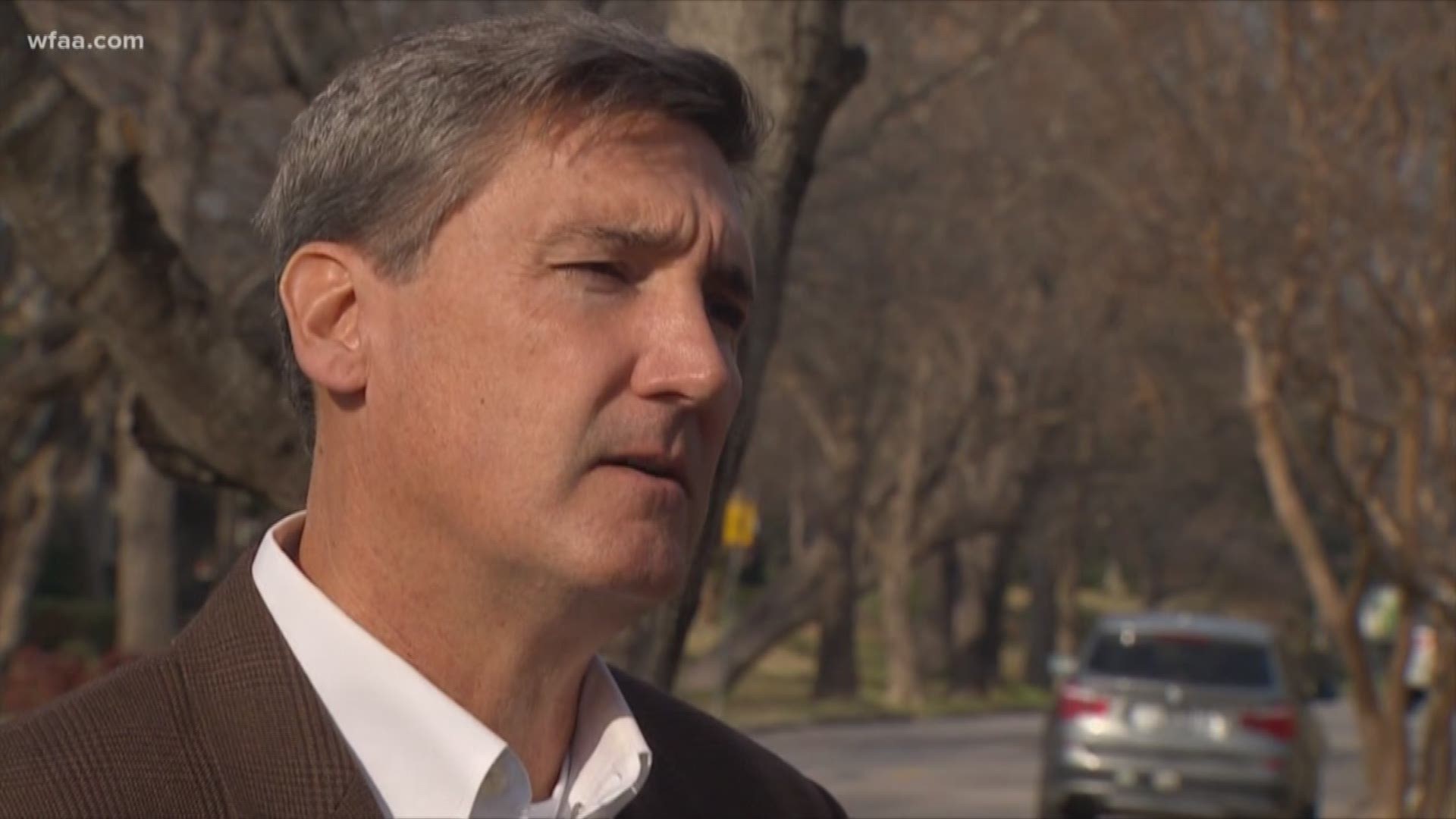 “We just came to the – it was a difficult decision – but came to the conclusion that I may be able to use my skillset, put aside ego and go get the tools that the next mayor and future mayors and future city council members need to take this city in the direction we want to go,” Casto told WFAA.

He has served the city for almost three decades and as a city hall insider was thought to be one of the stronger candidates for mayor in a crowded field of at least eight people.

“To walk away from the political part that we had a lot of momentum behind, it was a hard decision, it was really difficult, but I think we all have a role to play,” Casto added.

He said his role is back in Austin. Before becoming city attorney, Casto spent 26 years lobbying for the city of Dallas at the state capitol.

Casto said he realized he didn’t have time to run a campaign and lobby the legislature for legal tools that Dallas needs right now, such as more ways to reinvest in underprivileged neighborhoods and addressing homelessness.

“State law says you can use a certain source of funds to build arenas, but you can’t use it to get homelessness and panderers help and off the streets, so I want to go get that law changed,” he said.

Casto said he also wants to convince state lawmakers to let entities like Dallas ISD and DART keep tax money it generates in the city, so those funds can be reinvested in neighborhoods they serve.

This year, Dallas ISD, which is considered for the first time, a property rich district, will pay $65 million back to the state in its controversial Robin Hood program that helps poorer districts. School finance reform is also one of the top priorities of state lawmakers.

With Casto out of the race, that now leaves eight candidates still left vying for the top job at Dallas City Hall. And Casto’s endorsement of Ablon, a real estate developer, is likely a political boost considering so many people remain in the race.

“When he stepped down as city attorney, you heard everybody say the same thing – great man, great job fortunate to have and good luck on your run for mayor, so his endorsement means a lot to me personally,” said Mike Ablon, mayoral candidate.

Casto said he was impressed by Ablon’s inclusiveness: “Never in his campaign speeches or his literature did he ever say it’s my time, or our time or this label’s time. We have enough excuses in our city right now – where you live, how much money you make, how you look. We don’t need yet another reason and another excuse put on top that keeps all of us from sitting down at the same table and figuring a way out of this and a way forward.”

Election day is May 4. If no one captures at least 50-percent of the vote, the election will go into a runoff.