You can bet that no one will forget Sef's six-minute speech. He has autism and is mostly non-verbal. Graduation day was the first time many of his peers had heard him speak. 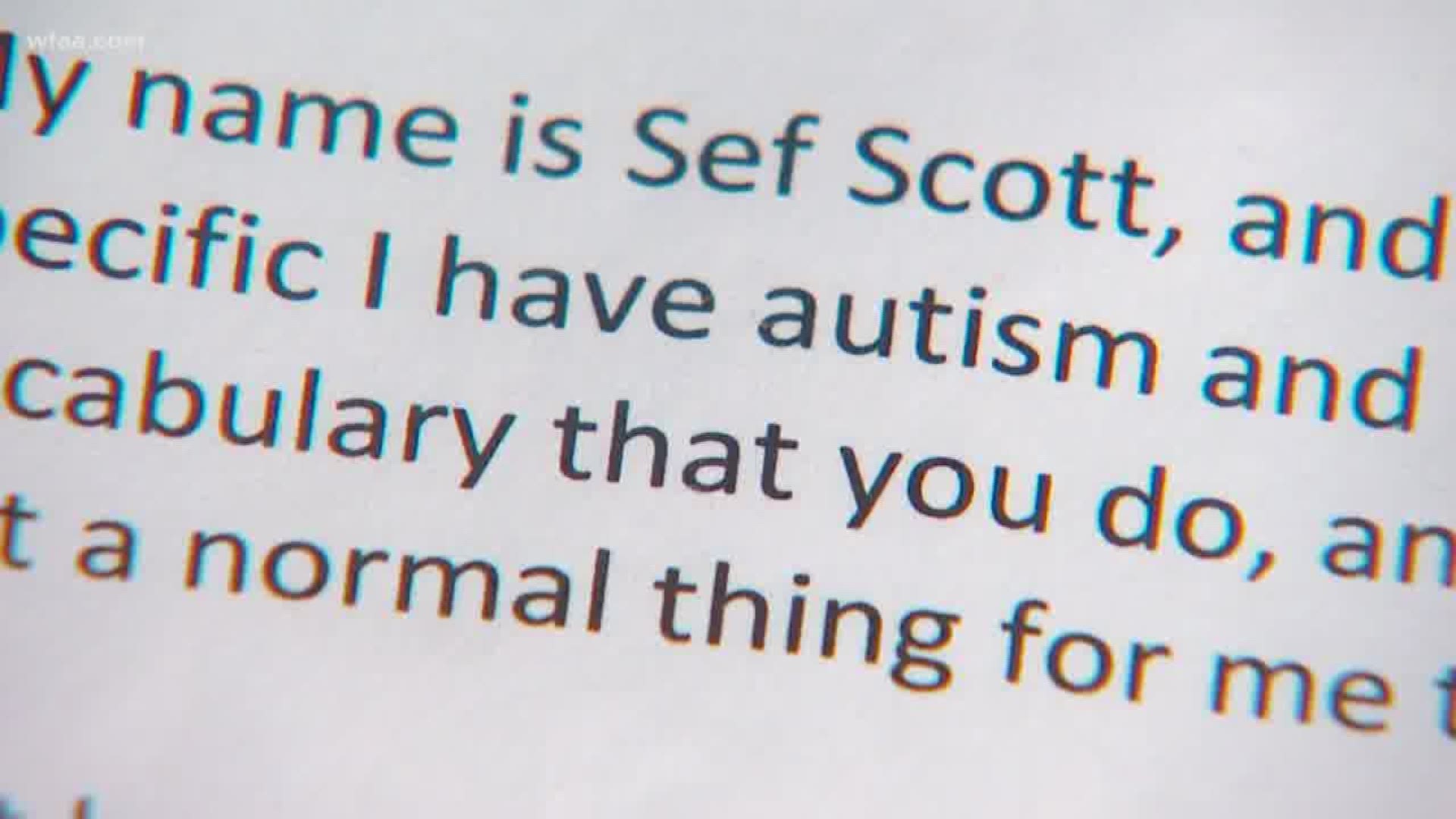 He knew that most people in his senior class would have never expected what he was about to do. Sef began to speak. "Unexpected. That is what I want you to remember," Sef began.

You can bet that no one will forget Sef's six-minute speech. He has autism and is mostly non-verbal. Graduation day was the first time many of his peers had heard him speak.

"Yes, I have autism. But I am also a smart aleck. Unexpected, right?" Sef joked, to laughs and cheers from the crowd.

Sef showed his sense of humor, and encouraged his classmates to commit unexpected acts of kindness for others, like letting the person behind you in line go ahead of you, or saying thank you to a special needs person who might be bagging your groceries.

He also encouraged us all to leave our comfort zones. "Do the unexpected. It is your life that you are living, not anyone else's, so do what fulfills you. Don't fear the future. Don't fear the unknown. Will it be unexpected? Yes. Yes it will. That does not make it wrong," said Sef.

Sef's speech was met as you might expect with a standing ovation and some tears from the crowd. Within a few days, thousands of people have seen Sef's speech online.

He and his family met with WFAA in his grandmother's Frisco home, where Sef and his mom Vicki told us the story behind the speech. "People heard me," said Sef.

Like all of us, Sef wants to be heard, though, he's usually a man of few words. "He knows exactly what's going on around him, but he doesn't' engage. Something about his spectrum doesn't allow him to have the back, and forth like you and I are," said Vicki Scott.

That's why Vicki asked Sef if he would like to audition to speak at his graduation, even she was surprised at his reaction. "I jumped up and said yes right away," said Sef.

Vicki thinks Sef was inspired by his brother Sim, who's delivered dozens of speeches after beating a brain tumor nine years ago. The three wrote Sef's speech together, then practiced for weeks.

"Our goal was to have his voice heard in whatever way he could manage and so many people have taken away so much more than I ever expected," said Vicki. "It affected me so profoundly. I could hear all around me, other people were crying, too."

Perhaps, that's because Sef showed us what's possible when you give someone a chance to do the unexpected.

"I'm glad that you wanted to do this and you thought it was important, so good job," Vicki told Sef.

"Awww," Sef responded. "That was exciting."

Sef plans to participate in Adult Transition Services in August, where he will learn to become more independent.