Out with the 9 to 5: Dallas-based company ditches the time clock 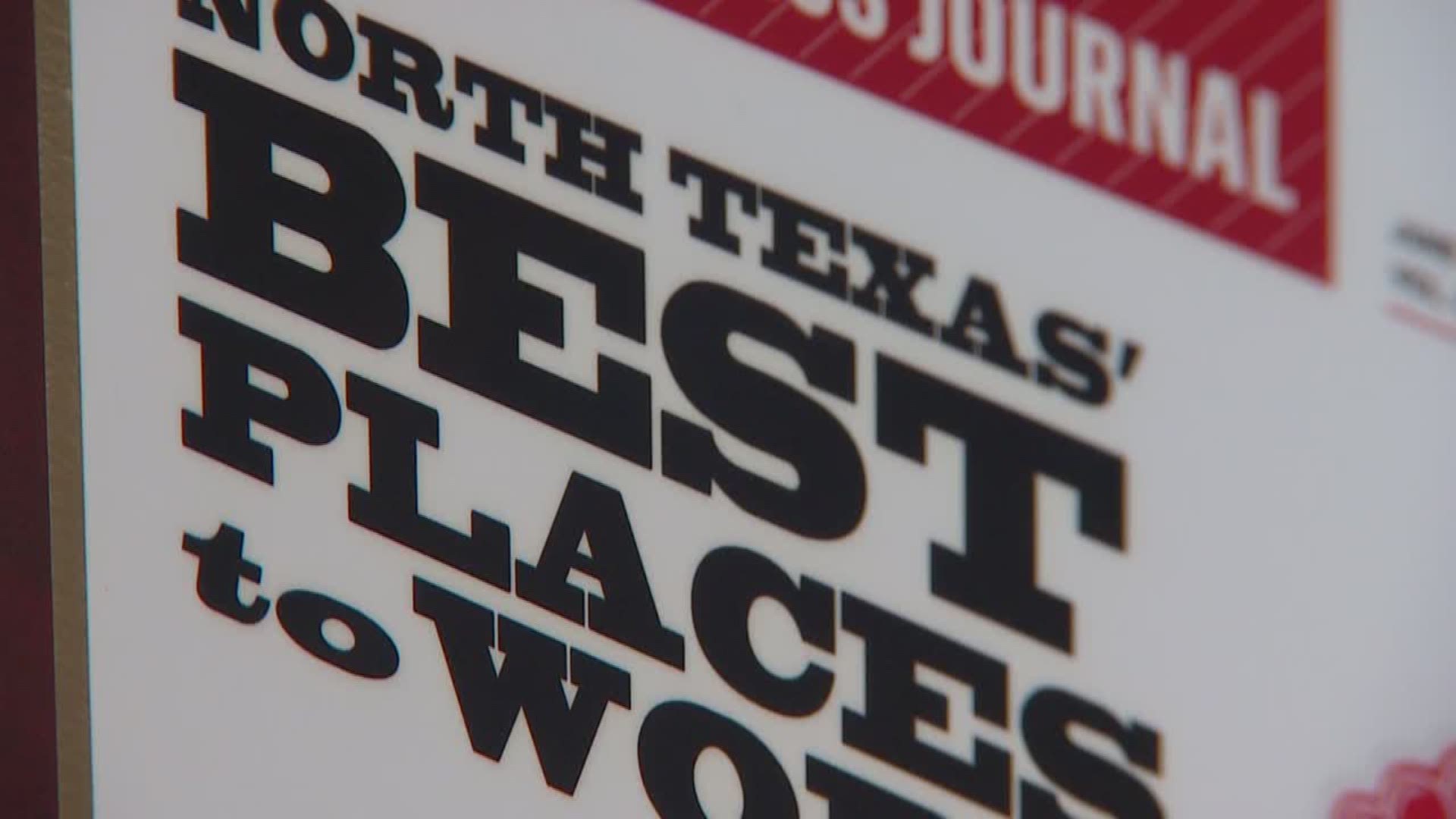 It was the middle of a Monday and at Michael Garcia’s desk, the lights were out, the chair was empty, and it had been that way all day. That's because instead of the lofty panorama at his offices near the Galleria, he opted for the even better view of his backyard.

"Just birds and squirrels and trees," he said.

Garcia was logged in remotely so he could do double duty.

"We review taxes that corporations pay and we try to make sure they don’t pay a penny more or a penny less."

Garcia directed a team of eight tax professionals from his kitchen counter one minute, then directed playtime with his 18-month-old son Grayson the next.

"There's a blurred line between where my life ends and my work life begins and that works for me," he said.

The arrangement requires discipline. But Garcia says it sure beats the alternative.

“I could think back and think what would it be like to be a father and work that much in the office physically and it would be more time away," he said.

To get this kind of flexibility, Garcia doesn't have to ask for it, lie about it, or make excuses.

“Basically it’s you work whenever you want, wherever you want, as long as your work gets done,” says Ginny Kissling, chief operating officer at Ryan, a global firm headquartered in Dallas that provides tax services to corporations.

Kissling says a decade ago, an unoccupied office desk wouldn’t have been an option for Michael Garcia or any of the hundreds of other Ryan employees based in Dallas.

Perhaps not surprisingly, back then turnover was a problem. But it was a surprise to the company when a star employee wanted to resign.

“And she basically said, 'I love this place and want to keep working here, but I want to have a personal life. I want to get married and have children but this isn’t going to work.'” Kissling recalled.

For Ryan executives, the light bulb flickered on. They realized at that moment that WiFi, the cloud, laptops, and cell phones had made it possible for employees to work more flexibly so they could actually have lives. The only thing that hadn't changed over the years was corporate culture.

Since around 2008, Ryan has undertaken a number of initiatives aimed at increasing employee satisfaction. The most profound change is called myRyan. Workers in the program don’t have set hours, or set days off. And there isn't a set number of vacation days they can take.

Essentially the employees get to decide when and where they work and when they are off, as long as they coordinate with each other and get the job done.

Kissling acknowledges that letting go of the time clock culture was hard, but the results made it a lot easier.

Kissling says the company outlined its goals going into the program and has met or exceeded all of them.

"Our turnover has gone down... our revenue has increased three-fold... and our client satisfaction ratings have gone up and they continue to be the highest ever."

And that star employee who started it all when she almost resigned? She ended up staying with Ryan.

The hallways at headquarters are now papered with magazine covers containing glowing testimonials to the successes at Ryan. But the unorthodox approach that helped the firm achieve much of the recognition is perhaps best illustrated by the wall hangings in Garcia’s vacant office.

“That painting event actually happened in the middle of the day," he said.

Yes, on a work day, he and his team bonded at an art class for amateurs and still got their professional duties done without ever having to clock in or hide their day's activity from the bosses.