In a little town called Healdton in Oklahoma, its school district is blazing a trail. It is the first campus in the country with a Shelter In Place ballistic and storm shelter. 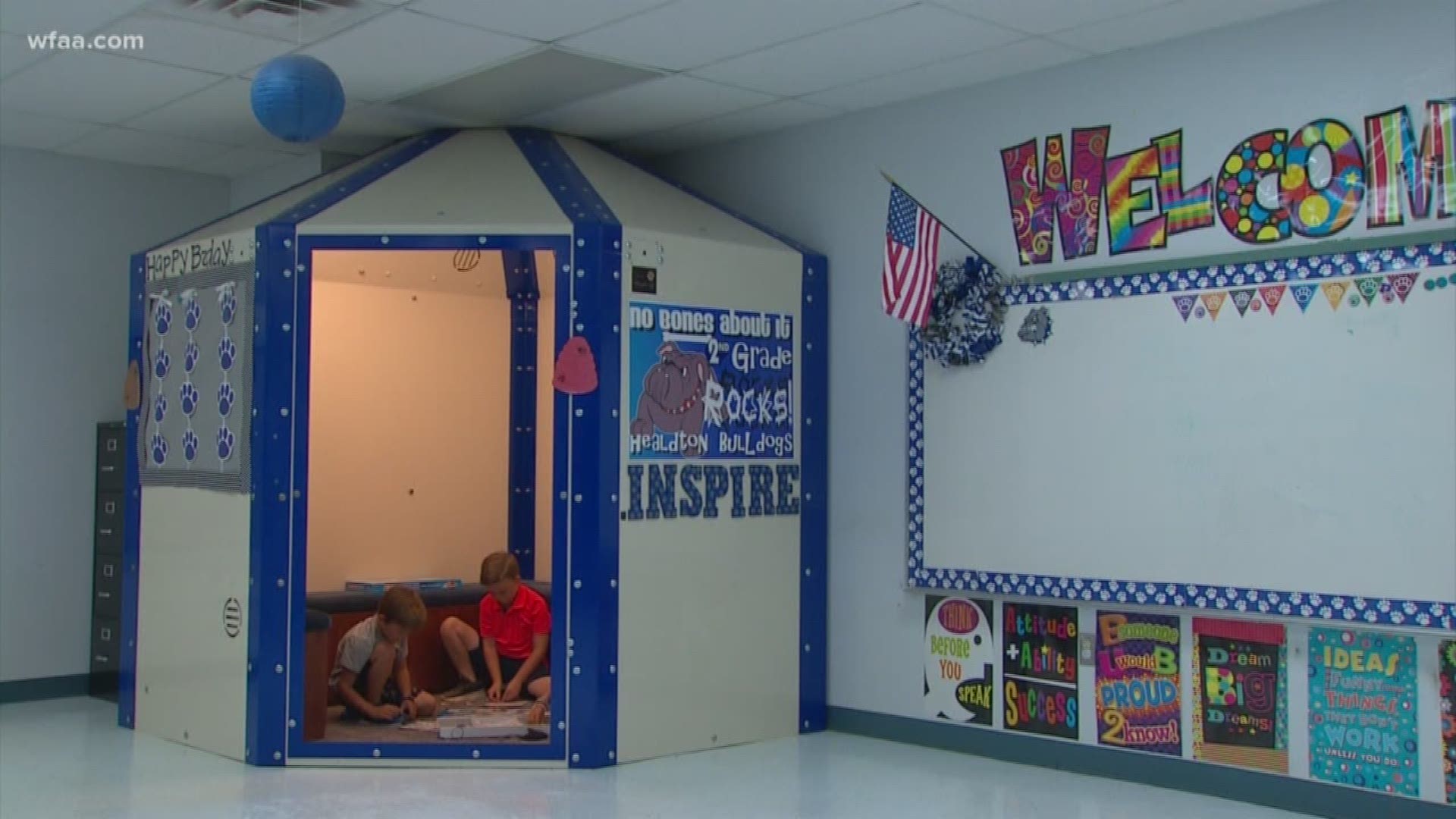 HEALDTON, Okla. -- In a little town called Healdton in Oklahoma, its school district is blazing a trail. It is the first campus in the country with a Shelter In Place ballistic and storm shelter. This is significant as McKinney ISD discusses safety options after a student brought a gun and killed himself in a classroom late into the school year. Parent groups have been talking through options such as metal detectors and mental wellness programs.

"These are our family's children that I am in charge of protecting," said Superintendent Terry Shaw of Healdton.

Shaw says Healdton sits right along tornado alley. He says a storm shelter was a "no-brainer." But with the latest trend of students bringing guns to campus, to Shaw it reinforced his decision to bring in the shelters.

The shelter also works as a reading room, a play-room, or, any kind of room a teacher wishes. In fact, the shelter doesn't look totally out of place. There are stickers and posters on the shelter walls that make it look no different than the walls of the classroom. "This becomes an extension of the classroom," Shaw said.

A grieving mother who went to school here campaigned for it. Danni Legg lost her 9-year-old son Chris to the tornado that tore through Moore, Oklahoma. Danni was on a mission to help equip schools with storm shelters. She was disappointed in the lack of progress at the legislative level and so decided on her own to meet with schools personally.

Danni and her husband still remember the horrors of the Moore tornado. They told WFAA that Chris was crushed after a wall fell on top of him. "It looked like a war zone. The air was filled with screams of children everywhere," said Ross Legg, Chris' father. Danni says she will do "everything in [her] power" to make schools safer. The initiative to bring a ballistic/storm shelter is one of those ideas.

The shelter in the elementary school at the Healdton District can fit 25 students and 2 teachers. There are 7 on that campus. A larger version can be found in the middle school which can hold 200 students. "We built them to stop twice the damage of any weapon used in a school shooting," said Jim Haslem, CEO of Shelter in Place.

The shelter is built with two layers of reinforced steel. The district passed a bond to pay for these shelters. This shelter is what helps Superintendent Shaw sleep at night and the one sitting in the elementary school classroom was built in honor of Christopher Legg.

McKinney ISD will have to decide what's best for it. Parents the district may tell you "everything is on the table," but it appears the status quo is not.