‘Not a Shhh kind of library:’ City of Arlington downtown library designed with millennial feel

With its rooftop garden, sewing machines, 3-D printers, power tools and video game consoles, the new library in downtown Arlington looks nothing like a library of the past. 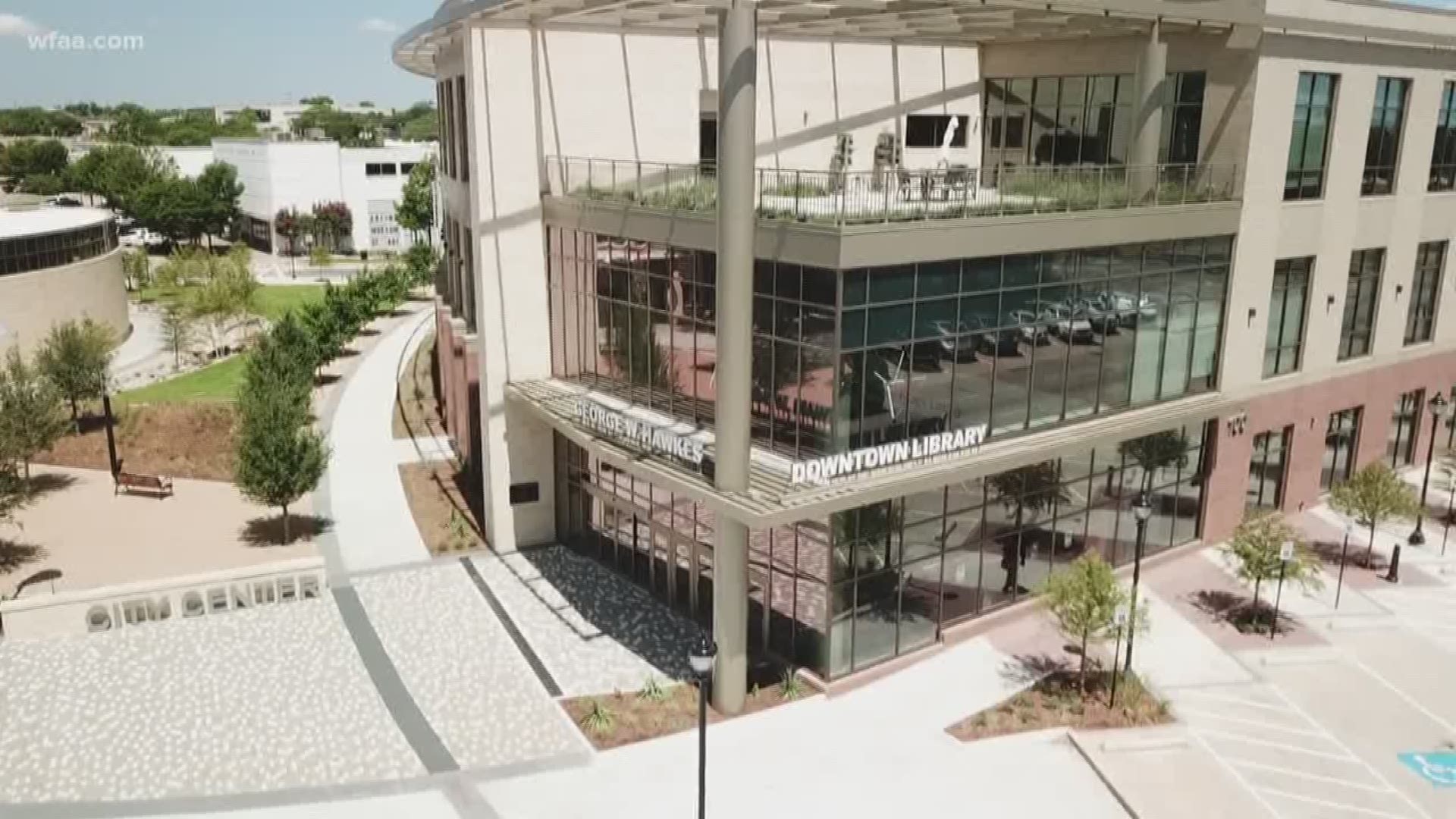 ARLINGTON, Texas -- With its rooftop garden, sewing machines, 3-D printers, power tools and video game consoles, the new library in downtown Arlington looks nothing like a library of the past.

The George W. Hawkes Downtown Library is more about technology than tradition and much more about being creative than being quiet. “We are not a ‘Shhhh,’ kind of library,” she said.

“Libraries typically do really well with families with young children, and we do well with senior citizens, but we often lose that group in between. So, this is reflecting more of a millennial sense of what a library can be.”

The library cost $30 million -- $22 million came from the City of Arlington and another $8 million was from donations. It opens to the public Saturday. “I can’t wait to open the doors and let the whole community in to really experience a new type of library,” said Yoko Matsumoto, director of libraries for the city of Arlington.

Reading is just a small part of what the library was built for. It offers meeting rooms, places for people to collaborate and spaces for people to enjoy themselves. “We actually reworked our library rules. We no longer have a list of do’s and don’ts. We simply have a list of three short patron expectations,” Halovanic said. Those expectations are for guests to behave properly, respect staff and don’t break local, state or federal laws.

The library was built in the middle of a rapidly-changing downtown Arlington. Next door is a renovated city hall. One block to the south is the Levitt Pavilion, an outdoor concert space. Across the street is a new high-rise apartment building and within a three-block radius are several restaurants and bars. Demolition and construction are underway on several nearby corners. “We’re really hoping to be that keystone for downtown development and to be that place that can really anchor the community,” Halovanic said.

The library is three stories with the bottom floor dedicated to children. The second floor features a young adult area as well as a makerspace. The third floor is more of a traditional library, with adult fiction and non-fiction books. People are only required to be quiet in one room.

“We do have one room where silence will be enforced, but this is not going to be a space where you will find that almost monastery-like silence, so if there are adults that are seeking that comfortable silence of 20th-century libraries, this is the space they’re going to find it,” Halovanic said.

She does wonder if some library patrons might resist the modern feel of the library, “but, if we’re ever standing still and not moving forward, we’re already falling behind,” she said.

While it might sound odd to build a new library in an ever-changing digital world, Matsumoto said this library will fill a critical role in the community.