Dallas City Councilman, Philip Kingston said he is in the process of meeting with landlords and discussing a plan to dim nightlife and bring in more residents. 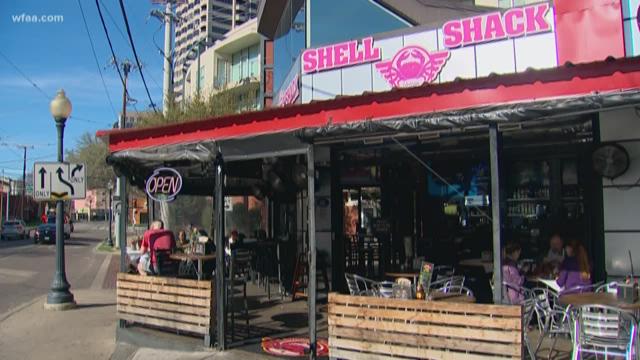 The chatter on McKinney Avenue in Uptown is that nightlife is slowing down to eventually transition into a more residential neighborhood.

Dallas City Councilman, Philip Kingston has been listening to the concerns of people who live in the area.

Throughout the years, residents have filed several noise complaints about nightlife.

Kingston states McKinney Avenue should represent the people who live there.

"We have had people run over, we have had shootings and it really looks a lot like Greenville Avenue did, Circa 2008."

Kingston said he is in the process of meeting with landlords and discussing a plan to dim nightlife and bring in more residents.

"It's an interesting real estate market and right now it suffers from way too much nightlife and no day time use," said Kingston. "You couldn't get run over on McKinney Avenue at noon on a Tuesday."

Dallas Hale, the President and CEO of Shell Shack states an opportunity on Knox Henderson presented itself, that the company could not pass up.

It was then that they decided to move Shell Shack in Uptown to Knox Henderson and create a new concept for the venue on McKinney Avenue, soon to be named Pokè Go Go.

"Everything is going vertical," says Hale. “They are putting high rises in and going into a nonparty vibe, which McKinney Avenue has been known for so many years."

Hale states the company is excited to introduce a new restaurant to the thriving area and for their loyal guests, the new Shell Shack will be bigger and better than ever, located just a few minutes down the road.

"It's a brand new building that will be our flagship building," he said. "We will have someone to direct people to the new location, there's parking, a great valet and it's a much larger space that is hip and fun."

Al Mack, the owner of Al’s McKinney Avenue Tavern said his spot was more like a family bar spot, but his landlord "MM Whitewing Holdings LLC," is moving in another direction.

"It's sad that we had to close," he said. "Quite honestly, it's their building. So, they can do what they want to do."

“MM Whitewing Holdings, LLC took ownership of the property located at 2822 McKinney Ave. in 2015. The tenant who previously operated in the space has recently closed his business. We envision refurbishing and beautifying the building, which is one of the only stand-alone, single story buildings left in the area. We are considering several options for a potential tenant in consultation with our brokers. Our intent is to find a tenant who would be a welcomed and respected addition to the community, and who would value and respect the historic nature of the building.”

Councilmen Kingston states the vision to redevelop McKinney Ave is in the works.