There is no denying that Plano's landscape has changed. 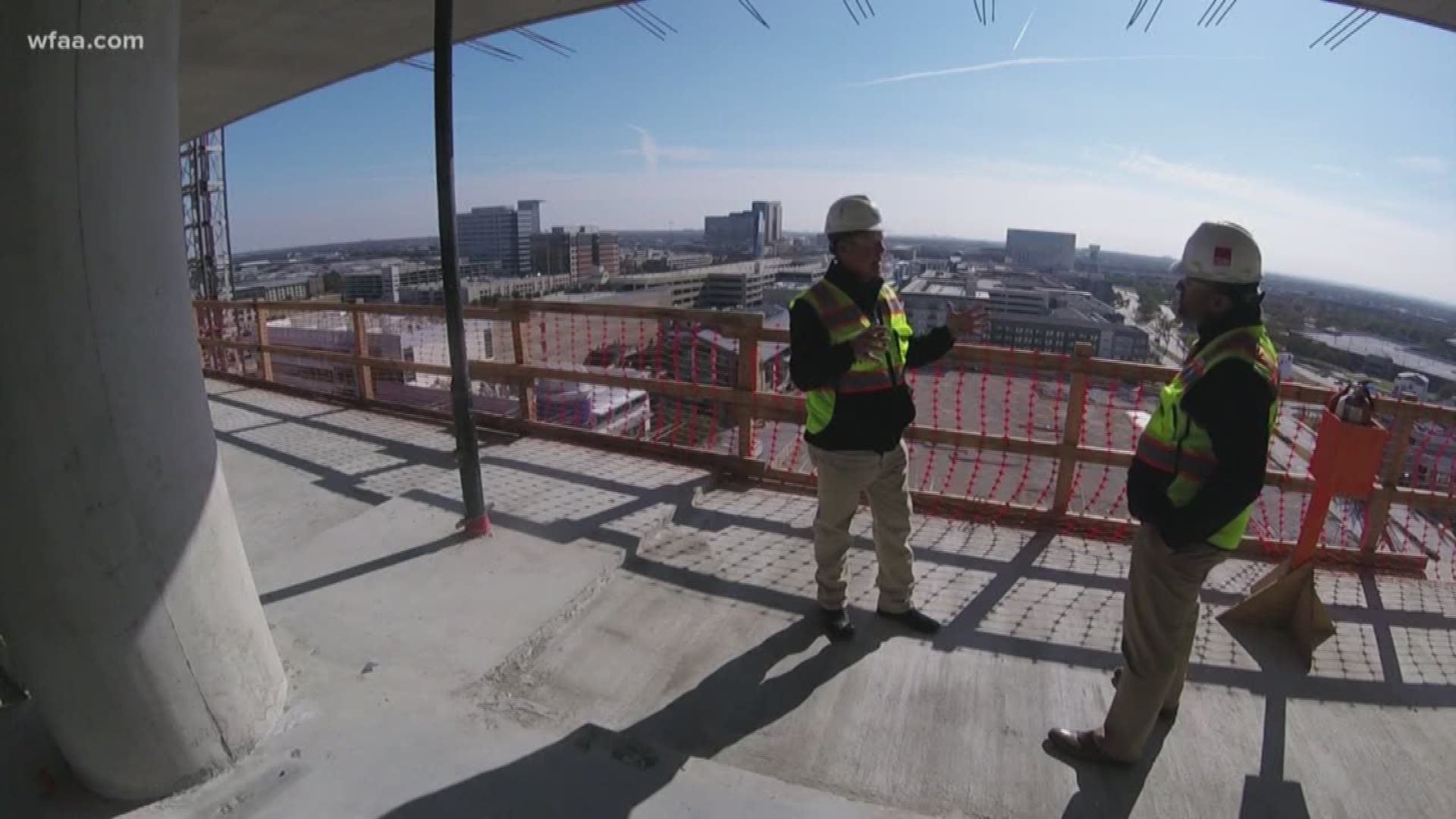 PLANO, Texas — There is no denying that Plano's landscape has changed. Representatives with the city tell WFAA that Plano is 95 percent built out, but that number has no bearing on what can be built up.

"When a city develops, they say 'Hey, we want that'" said Mark Bradford with Bradford Putnam Realty and also a partner in the Windrose Tower project.

Currently the city has approximately 16 buildings that are at least 10 stories high. The Windrose Tower is projected to be 26 stories high with roughly 100 luxury condo units.

It's not just contractors who have to prepare for a high-rise. Plano police do too. "We don't always have the option of coming in through the front door. Sometimes we need to come in from a different way," said Plano SWAT Officer Mike Bogacki.

On Monday, the SWAT team teamed up with 5 State Helicopters Inc. to provide fast-rope training on the staging building at Toyota Headquarters. Officers took turns coming down a rope as a helicopter hovered over the building. This simulates a response to a high-rise building. "Some people say it's dangerous. We say it's exciting and pretty dynamic," said Bogacki.

These maneuvers will prepare them for incidents like an active shooter.

Bradford is excited to be a partner to this new verticality -- a concept he thinks people are embracing. He said half of the 100 condo units have already been taken. Construction should be complete within 12 months. "I just see lifestyle. I like the project because I can live it myself," Bradford said.

Collin County's new skyline has not been built in a day. In fact, it will taken many more years to fully be realized. It is is change you have to see to believe.