Cessilye Smith says the discolored water is not something she witnesses every night. However, her family claims it happens too frequently for their tastes. Smith is not the only one on her street dealing with the issue. 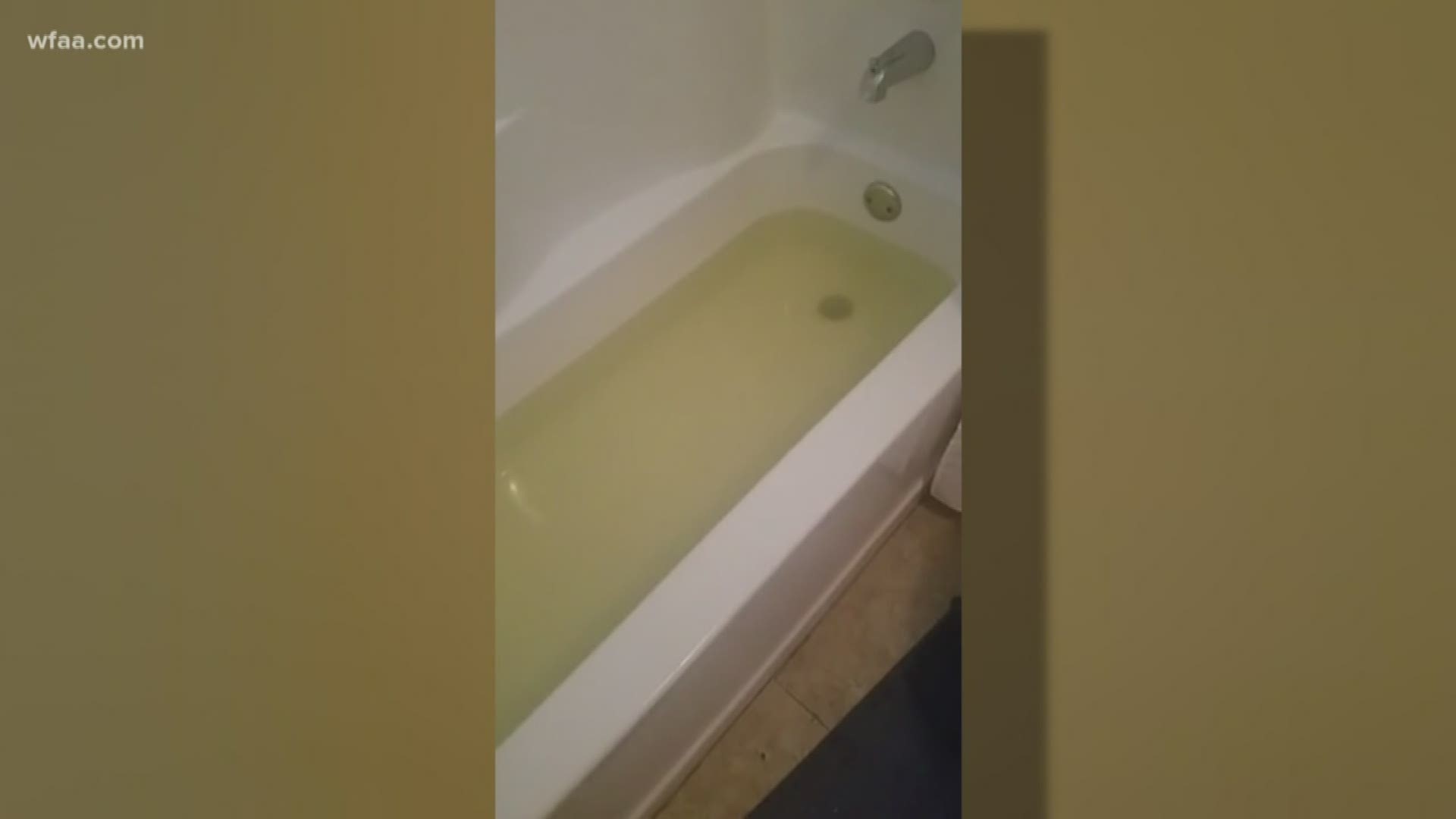 One local mother is taking her frustrations to social media. She is complaining about brown water flowing from the faucets in her South Dallas home.

The mother of three is fed-up by the discolored water that occasionally fills the tub as she prepared a bath for her children. Smith showed images of dirt and sediment settling in the tub.

Smith says the discolored water is not something she witnesses every night. However, her family claims it happens too frequently for their tastes. Smith is not the only one on her street dealing with the issue.

”I don’t know if the pipes is bad or what’s going on,” said Rev. Alfonzo Buchanan. He lives one block down the street from Smith. He says his family has been dealing with discolored water in their rental house for a few years.

”It’s so cloudy and brown, that I don’t drink it myself,” Buchanan said. “My family doesn’t drink it. We by ten cases of bottled water every two weeks, and that’s what we drink in our house.”

Buchanan suspects the water issues along J.B. Jackson, Jr. Boulevard could be due to aging infrastructure.

Buchanan explained, “Just last year, we had two explosions. Well, the street actually exploded, and water shot up in the air for a day and a half before they was able to get it done. Then they fixed it, and two days later about ten feet from where that exploded, another exploded right here.”

Randy Payton, an Assistant Director of City of Dallas Water Utilities unfamiliar with Smith’s complaints, said discoloration of water is not uncommon not abnormal. He said, sometimes, it could be an aesthetic issue. Payton suggested a lot of investigation has to be done in order to pinpoint the issues. He explained, with 4,900 miles of main, City of Dallas crews continually monitor and flush the system.

However, on J.B. Jackson Boulevard, that City’s explanation doesn’t satisfy Smith. She is a mom who wants solid answer.

”And peace of mind,” Smith explained. “For not only my family, but for every family here in South Dallas. South Dallas residents deserve better.”