The Ethiopian Airlines crash that killed 157 people follows another crash involving a Max 8 aircraft last October. In that case, a Lion Air flight crashed in the capital of Jakarta in India. There were no survivors. 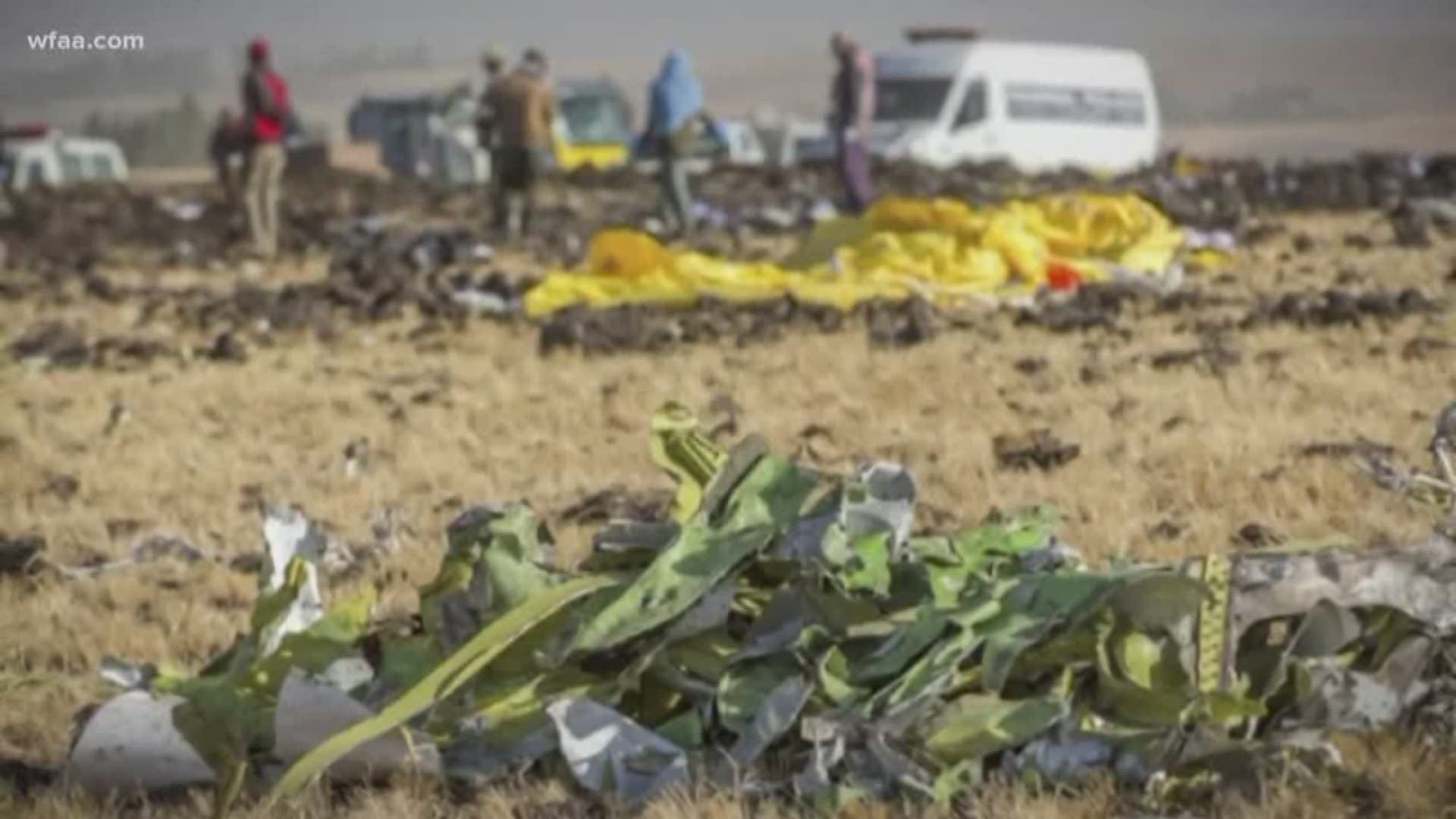 DALLAS — As concerns over the Boeing 737 Max 8 continue to grow following the Ethiopian Airlines crash that killed all aboard, Sen. Ted Cruz has joined others asking that the United States temporarily ground the aircraft.

“In light of the decisions of regulatory agencies across the world to ground the Model 737 Max, including those in the United Kingdom, Germany, France, Australia, and other countries, I believe it would be prudent for the United States likewise to temporarily ground 737 Max aircraft until the FAA confirms the safety of these aircraft and their passengers," read the statement from Cruz, who is the chairman of the Senate Committee on Commerce, Science, and Transportation's subcommittee on Aviation and Space.

"Further investigation may reveal that mechanical issues were not the cause, but until that time, our first priority must be the safety of the flying public," the statement continued.

The US Association of Flight Attendants-CWA union have also called for the Federal Aviation Administration to temporarily ground the 737 Max fleet "out of an abundance of caution."

The FAA, though, said in a statement Tuesday evening that its review "shows no systemic performance issues and provides no basis to order grounding the aircraft."

As questions grow about the new Boeing plane involved in the crash, the FAA said late Monday it is at the crash site outside the capital, Addis Ababa, with representatives from the National Transportation Safety Board.

They join an Ethiopian-led investigation that includes authorities from neighboring Kenya and elsewhere.

The plane crashed six minutes into a flight to Nairobi and a growing number of countries and airlines have grounded the new Boeing 737 Max 8 jetliner as a result.

One witness has told The Associated Press that smoke was coming from the plane’s rear before it crashed.

However, both airlines have assured customers that they're confident their feet is safe.

The Ethiopian Airlines crash that killed 157 people follows another crash involving a Max 8 aircraft last October. In that case, a Lion Air flight crashed in the capital of Jakarta in India. There were no survivors.

RELATED: VERIFY: Fact-checking claims made about the Boeing 737 Max 8