Some were disappointed to see the comedian make such controversial jokes after he was taken down during the #MeToo movement and admitted to inappropriate conduct. 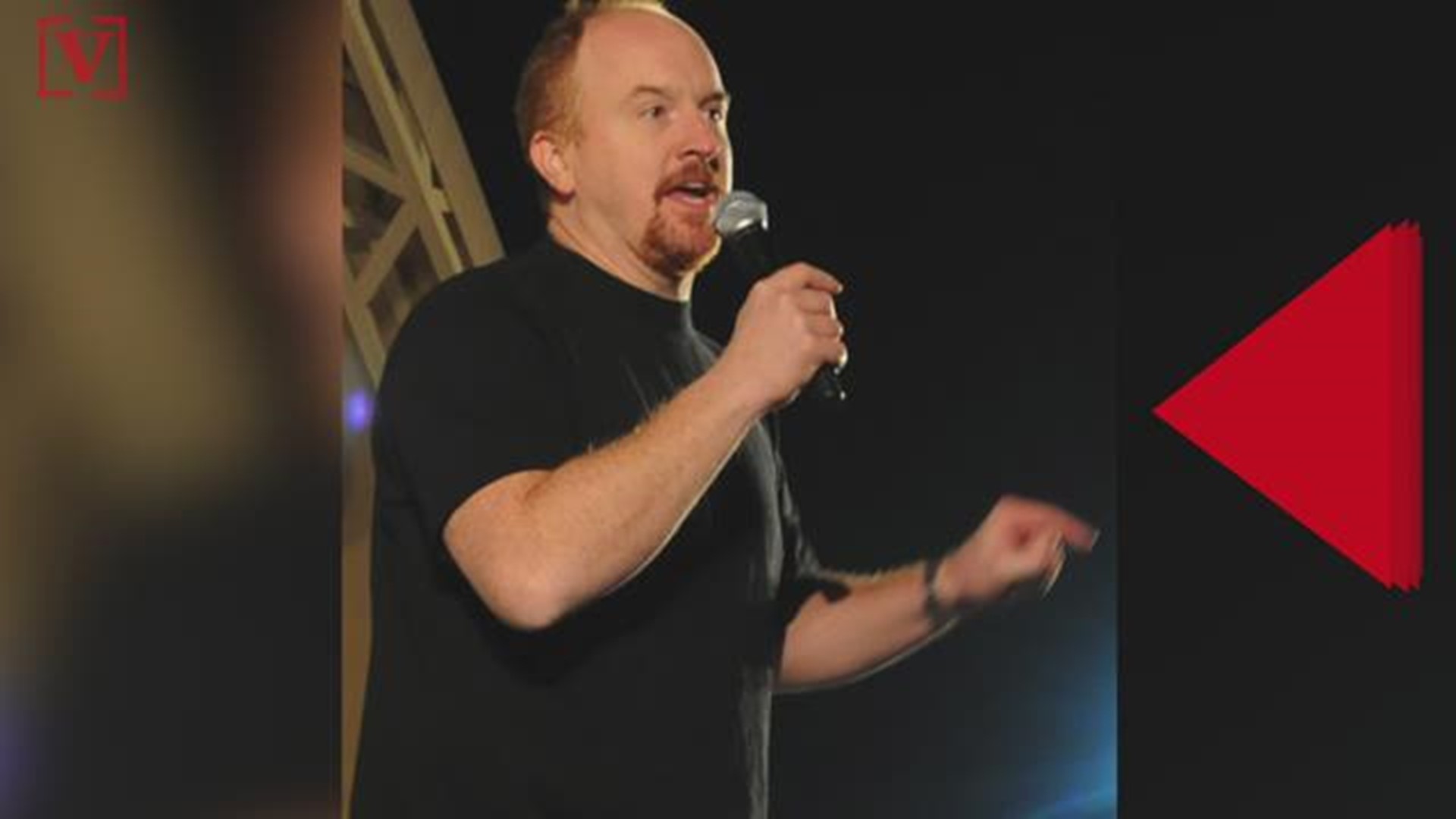 Everyone is talking about embroiled comedian Louis C.K. yet again – and not in a good way.

A comedy writer's tweet, shared on Sunday, reportedly featured portions of the 51-year-old's new stand-up set that included jokes about the students who survived the Parkland school shooting and young people who prefer the pronouns they/them.

Twitter users quickly slammed the set, saying the jokes went too far, and that the comedian, who is struggling to make a comeback after admitting to sexual misconduct, should just stay out of the limelight.

The leaked audio was shared by Jack Alison. Alison's Twitter bio states he has worked as a writer for Jimmy Kimmel and the Academy Awards and currently co-hosts "Jack AM" and "Struggle Sessions."

Alison wrote upon sharing the audio, "i went to great pains not to like uh 'take this out of context' here - this is the whole bit!"

USA TODAY has not been able to verify the authenticity of the NSFW audio clip and has reached out to C.K.'s attorney for comment. In the recording, which Forbes reported was taken during a Dec. 19 set, C.K. is heard joking about the younger generation.

“They testify in front of Congress, these kids? What are they doing? You’re young! You should be crazy! You should be unhinged! Not in a suit… You’re not interesting. Because you went to a high school where kids got shot? Why does that mean I have to listen to you? Why does that make you interesting? You didn’t got shot. You pushed some fat kid in the way, and now I’ve got to listen to you talking?”

The joke is a clear reference to the students at Marjory Stoneman Douglas High School, who spoke to Congress following the Valentine's Day shooting at their school that left 17 dead.

He also quipped that the younger generation is too PC.

Per CNN, he also mocked people with disabilities, and the audience can be heard laughing throughout the controversial set.

One user seethed: #LouisCk comedy is abusive just like the way he sexually harasses women is abusive. Making fun of gunned downed children? Isnt funny at ALL. it's disgusting #ParklandShooting Louis CK has always been overrated. Now it's time for him to change careers.

Another chimed in: "Remember when Louis CK was this (revolutionary) insightful comedian and not a disgusting pervert who mocked the disabled and teenage survivors of a mass shooting? Crazy, huh."

User @donson_jay wrote, "I like dark humour... But this is truly awful to listen to. It’s not funny at all. Louis C.K is a disgusting man in every aspect and he’s not a comedian, he’s a (expletive). I hope his career stays dead, we don’t need him."

Some were disappointed to see the comedian make such controversial jokes after he was taken down during the #MeToo movement and admitted to inappropriate conduct.

"#LouisCK obviously has learned NOTHING from his recent descent into notoriety. Being controversial is always a plus, but being offensive ends careers these days. #RealTalk He just got back! Really Louis?" user K_Tenn wrote.

Some suggested the star was going after conservative fans with his new bit.

"Louis had to go all right wing to get an audience, no decent people were going to buy a ticket it the first place let alone listen to his (expletive)..." one user lamented.

Another predicted: I’m calling it, now: Louis CK will become a regular guest on some right-wing “intellectual dark web” podcast show next year."