Trump suggests impeachment was reason he kept IS raid secret

House Speaker Nancy Pelosi wasn't informed of the raid and called Sunday for a briefing for top congressional leadership. 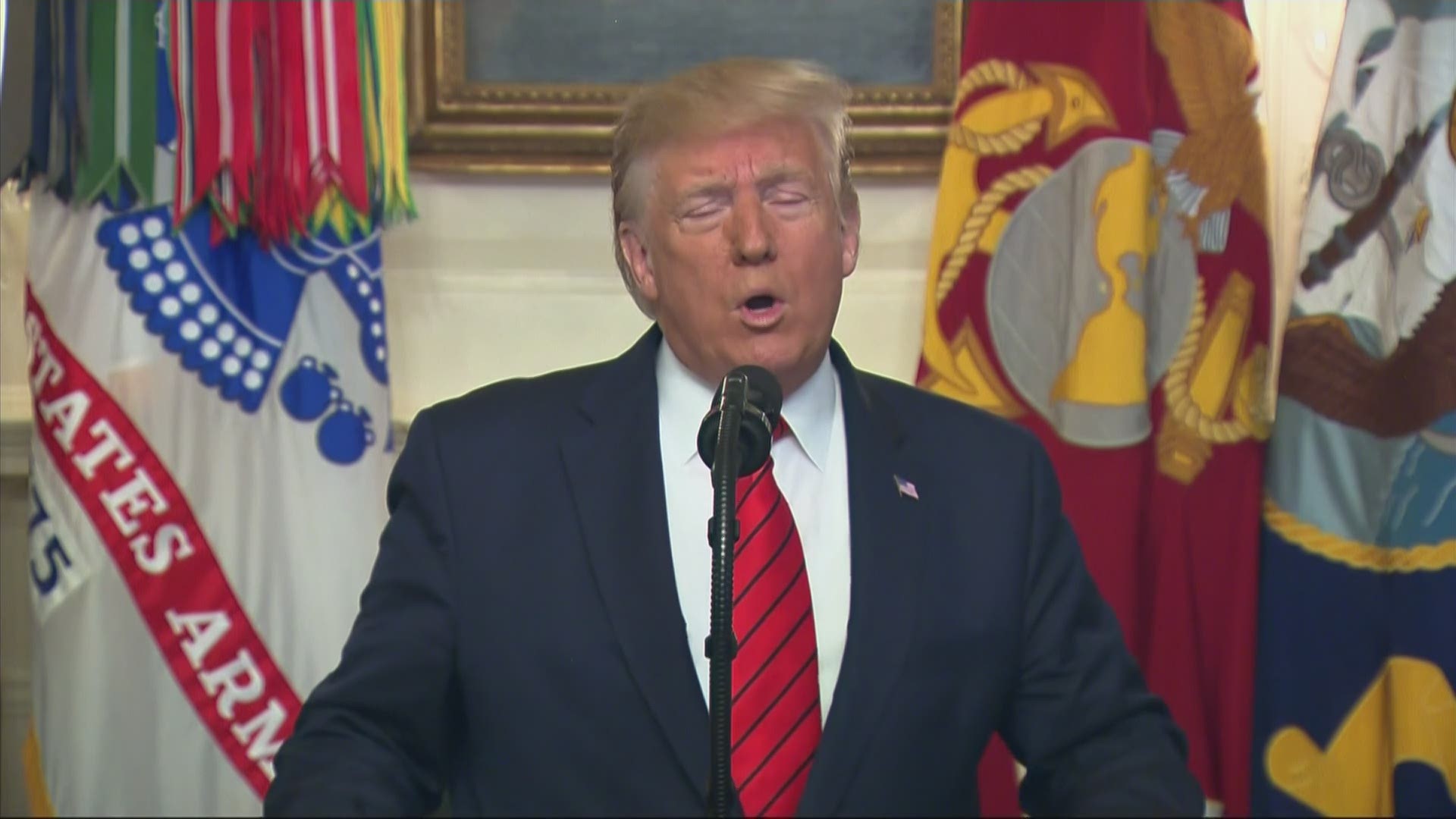 Trump told reporters Monday he didn't inform the so-called "Gang of Eight" because "Adam Schiff is the biggest leaker in Washington."

The group includes the top Democrat and Republican in both chambers and the chairs and ranking members of the intelligence committees.

Schiff, the Democratic chairing the House intelligence committee, is playing a central role in the impeachment inquiry.

House Speaker Nancy Pelosi wasn't informed of the raid and called Sunday for a briefing for top congressional leadership.

Trump's decision not to inform leaders is the latest example of the Trump White House keeping Congress in the dark on foreign policy. U.S. officials, though, did provide a heads-up to Russia and other nations with military forces in the region to deconflict operations. Secretary of State Mike Pompeo told Fox News that he discussed the operation Saturday night with his Russian counterpart.

Trump's move earlier this month to withdraw most U.S. forces for Syria — and in the process clear the way for a Turkish assault on Kurdish fighters allied with the U.S. — came as a shock to Republicans and Democrats on Capitol Hill.