These are the 9 victims of the Dayton shooting

The suspect's sister was one of the nine people killed during a mass shooting in Dayton, Ohio, early Sunday morning. 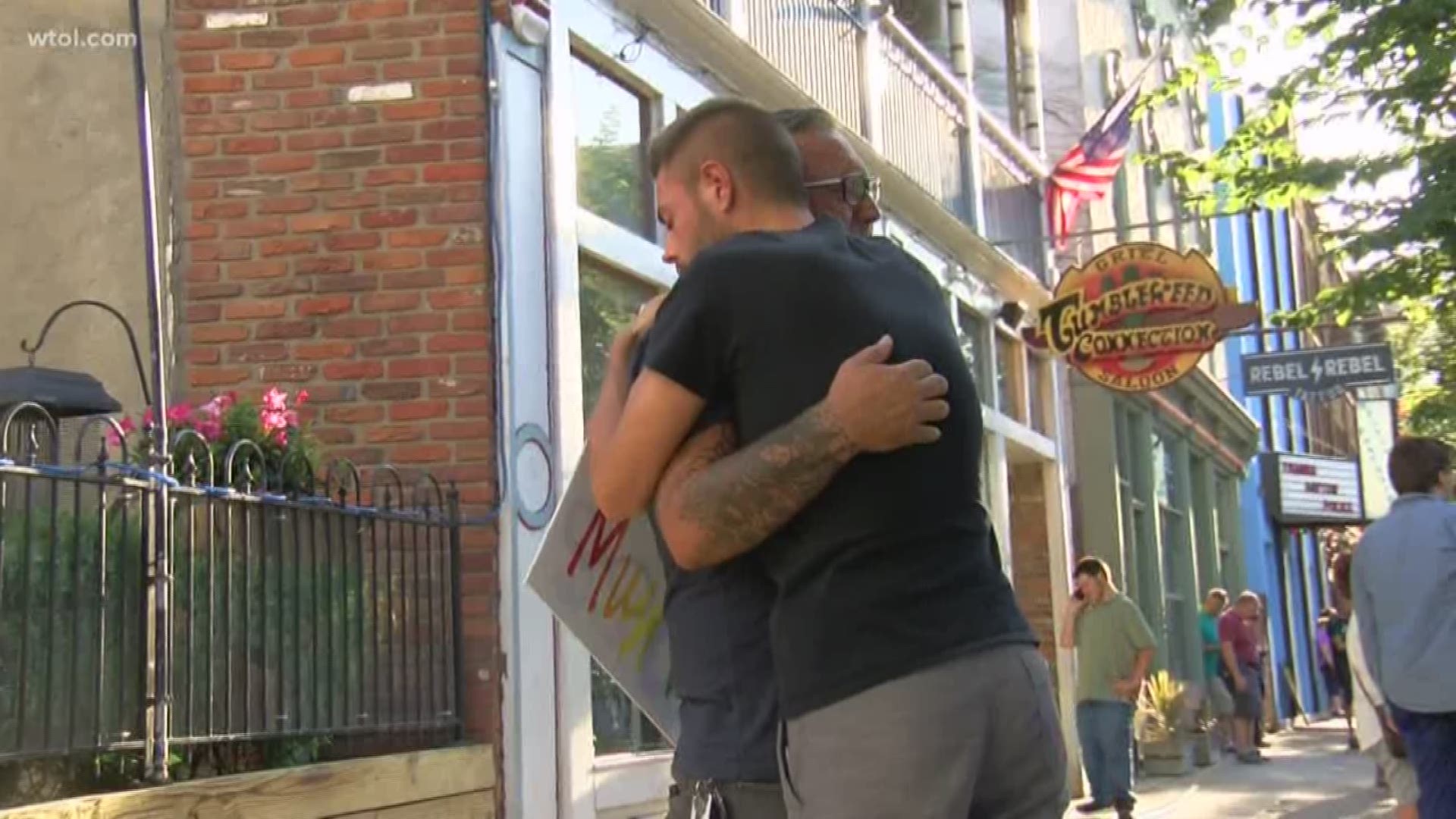 DAYTON, Ohio — The nine victims killed during a mass shooting in Dayton, Ohio, have been identified, and one of those victims is the suspect's sister.

Police in Dayton released the names Sunday afternoon after notifying the families. The victims include four women and five men. They are:

All nine victims were located in same area, near E 5th Street in the Oregon District. Megan Betts is the suspect's sister. The Dayton Oregon District Tragedy Fund is being set up to help the victims.

The stories of these people's lives are emerging.

Cumer was a graduate student at a university in Pennsylvania who was interning with a facility in Dayton for people battling cancer was among those killed in the Ohio city early Sunday.

Oglesby was in nursing school and looked forward to a career that would make the most of her love for children, her cousin said. She was also the mother of a newborn and had an older daughter.

"This is a heartbreaking tragedy, and it is the type of tragedy you pray never comes to your state or community," said Gov. Mike DeWine.

In addition to the nine people killed, 27 others were injured in the shooting, which is the second mass shooting in the U.S. within 24 hours.

The shooting happened at 1:07 a.m. in the Oregon District, where a single gunman, wearing body armor, opened fire in the outside area. The shooter was armed with an assault rifle that used a high-capacity magazine carrying .223 caliber ammunition and extra magazines.

The Oregon District is a historic neighborhood, home to entertainment options, including bars, restaurants and theaters. It will reopen Sunday afternoon.

A family assistance center was set up at the Dayton Convention Center, and those looking for information can call 937-333-8430. The community blood bank is supporting the hospitals, and while it's closed on Sunday, it will reopen on Monday.

Credit: AP
Shoes are piled outside the scene of a mass shooting including Ned Peppers bar, Sunday, Aug. 4, 2019, in Dayton, Ohio. Several people in Ohio have been killed in the second mass shooting in the U.S. in less than 24 hours, and the suspected shooter is also deceased, police said. (AP Photo/John Minchillo)