A study of pediatric hospitals released last May found admissions of patients ages 5 to 17 for suicidal thoughts and actions more than doubled from 2008 to 2015. 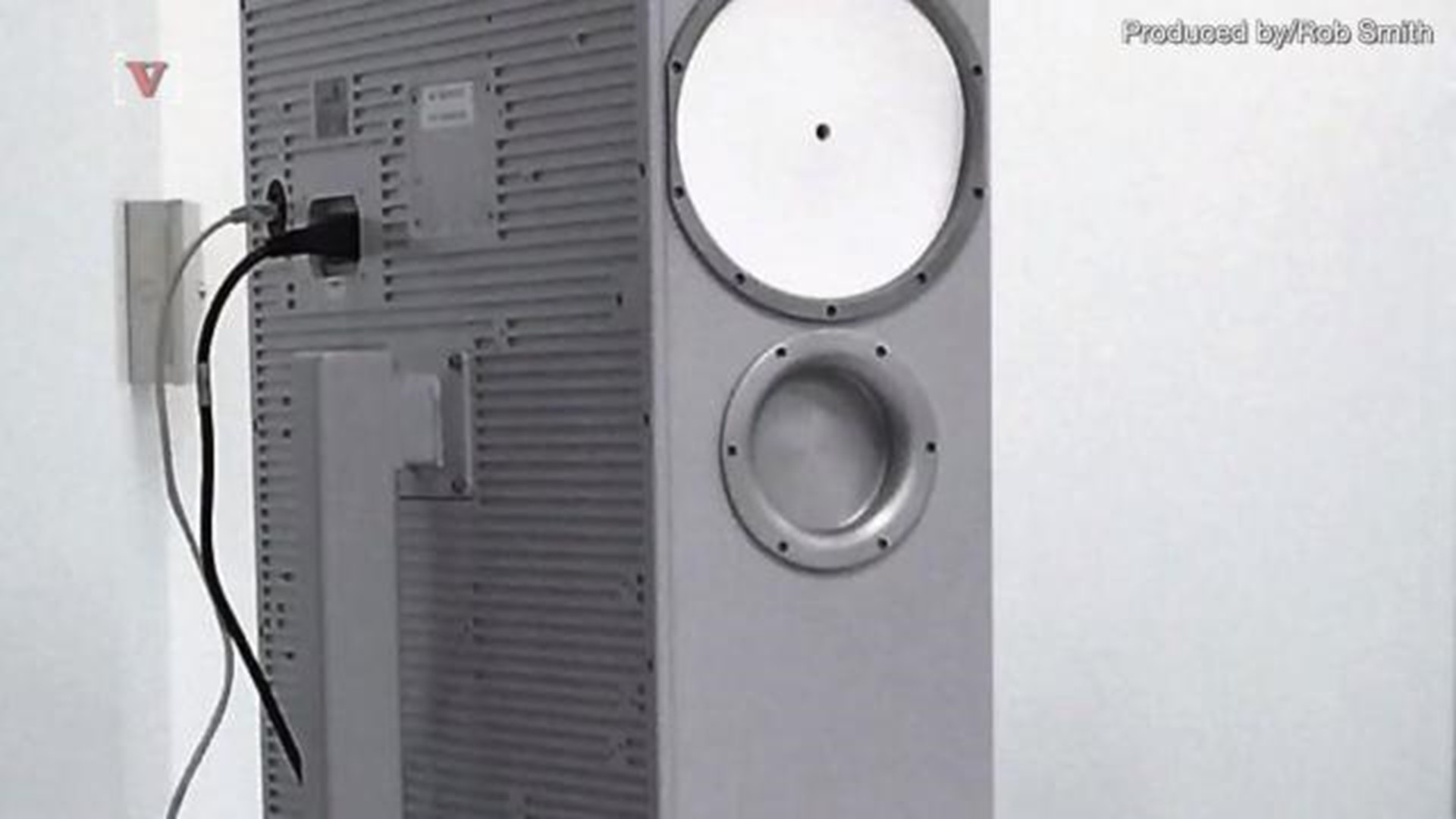 J.C. Ruf, 16, was a Cincinnati-area pitcher who died by suicide in the laundry room of his house. Tayler Schmid, 17, was an avid pilot and hiker who chose the family garage in upstate New York. Josh Anderson, 17, of Vienna, Va., was a football player who killed himself the day before a school disciplinary hearing.

The young men were as different as the areas of the country where they lived. But they shared one thing in common: A despair so deep they thought suicide was the only way out.

The suicide rate for white children and teens between 10 and 17 was up 70% between 2006 and 2016, the latest data analysis available from the Centers for Disease Control and Prevention. Although black children and teens kill themselves less often than white youth do, the rate of increase was higher — 77%.

A study of pediatric hospitals released last May found admissions of patients ages 5 to 17 for suicidal thoughts and actions more than doubled from 2008 to 2015. The group at highest risk for suicide are white males between 14 and 21.

Experts and teens cite myriad reasons, including spotty mental health screening, poor access to mental health services and resistance among young men and people of color to admit they have a problem and seek care. Then there's the host of well-documented and hard to solve societal issues, including opioid-addicted parents, a polarized political environment and poverty that persists in many areas despite a near-record-low unemployment rate.

And while some adults can tune out the constant scroll of depressing social media posts, it is the rare teen who even tries.

Then there's the simple fact they are teens.

"With this population, it's the perfect storm for life to be extra difficult," says Lauren Anderson, executive director of the Josh Anderson Foundation in Vienna, Va., named after her 17-year-old brother who killed himself in 2009. "Based on the development of the brain, they are more inclined to risky behavior, to decide in that moment."

That's very different from how even a depressed adult might weigh the downsides of a decision like suicide, especially how it will likely affect those left behind. And sometimes life is so traumatic, suicide just seems like the best option for a young person.

Carmen Garner, 40, used to walk across busy streets near his home in Springfield, Mass. when he was a teen, hoping to get hit by a car to escape life with drug addicted parents.

"Our students are dying because they are not equipped to handle situations created by adults — situations that leave a child feeling abandoned and with a broken heart," says Garner, now a Washington elementary school art teacher and author. "Our students today face the same obstacles I faced 30 years ago."

After the leaves fall

November is an especially difficult time in the Adirondack mountains resort town where her family lives, says Laurie Schmid, Tayler's mother. As the seasons change, the trees are bare, it's bitter cold and the small community has shrunk after summer residents leave their lakefront cottages.

In the weeks before he took his life the day before Thanksgiving 2014, Tayler seemed sullen but his family chalked it up to "teenage angst and boredom and laziness." It was likely "masking his depression he was dealing with the last few years of his life," she says.

As her son moved through his teenage years, Schmid says she became less focused on getting her son in to see his pediatrician annually, because he didn't need shots and wasn't as comfortable with a female doctor. Besides, he got annual physicals at school to compete on the school soccer and track teams. Among the "what ifs" that plague her now is the question of whether the primary care doctor who had treated Tayler all his life would have picked up on cues about possible depression a new doctor missed.

She had even tried to get Tayler to see a mental health counselor, even though finding one in their area of upstate New York wasn't easy. Once Schmid and husband Hans settled on one, Tayler refused to go.

One positive has risen out of the pain. There are far more resources and awareness about mental health and the need for counseling in her area now, thanks in part to the family's advocacy through the "Eskimo Strong" group it started. A local counseling center even has an office at the high school now.

Schmid speaks to schools and parents regarding signs of depression, to encourage counseling, and provide information for suicide hotlines and text lines. Her oft-repeated motto is "Say Something" and "Talk to Someone."

There need to be more psychiatrists and they also need to be part of primary care clinics, Parks said. At his community health center in Columbia, Mo., he screens those who may be suicidal and taught others to do it, too. Such "accountable care" was envisioned, but not fully realized, under the Affordable Care Act.

Children and teens who aren't covered by their parents' insurance can at least rely on Medicaid's Children's Health Insurance Program. That's hampered by low reimbursement rates that mean few psychiatrists accept it, however.

So, even children who receive mental health treatment, Parks said, may be in environments dominated by family members with drug, alcohol or domestic abuse issues.

"Wouldn’t you expect that to increase depression in children?" he says.

Teens regularly post about hating their lives and wanting to kill themselves, so much in fact that Parks says it's almost like a competitive "race to the bottom."

On one hand social media provides a place to vent and get advice, but on the other hand, as Anderson said, “if everyone is commiserating over everyone, is it really helpful?"

Because teens are interacting in a way that isn't face to face, there’s less of a connection, so it’s hard to understand what, if anything, to say when someone says they want to die. Teens say they will see a post about depression or suicide ideation and sometimes just pass it off as relatable dark humor.

A recent post in one Baltimore teen's Facebook feed: "Alright, so I will literally pay anyone to shoot me in the head. Who wants a go at it? Please."

She included a smiley face emoji.

Blacks do kill themselves

Two African American preteen Washington charter school students killed themselves in the space of about two months recently, drawing attention to something not commonly thought of as a problem.

"There’s been a lot of discussion about how suicide is potentially thought of as a white person’s issue," says Craig Martin, global director of mental health and suicide prevention at the men's health charity Movember Foundation. "As a result of that, less is being done in black communities to look at the issue of depression."

Then there's the trauma that comes with living amidst multi-generational poverty and addiction.

A version of the much-publicized opioid epidemic in often-rural white communities has plagued inner city black families since long before Garner was a boy.

Garner thought "normal" meant watching his mother shoot heroin and his aunts and uncles smoke crack. "I lived with rapists, murderers and drug dealers and gangsters," he said.

Now, his students are his motivation. They and his family remind "me I don't have to try to kill myself anymore," Garner says.

On a Monday night, Karen Ruf went to a Bible study and J.C. took his grandmother out for unlimited shrimp on a Red Lobster gift card. When he got home, he talked to some friends at about 7:30 p.m. No one heard anything different in J.C.’s voice. Karen returned around 9:15 p.m. to a quiet house. She called for her son, no answer. She came downstairs and found his body.

Ruf knew J.C's death wasn’t an accident because her son left his phone unlocked so she could find his note: “Everything has a time. I decided not to wait for mine. They say we regret the things we do not do. I regret it a lot.”

Schmid's son Tayler also left something on his phone. A video suicide note that talked about the depressive thoughts he was having.

Hans and Hansen Schmid watched it. Laurie says she hasn't been able to: "That's not how I want to remember him."