Hurricane warning for New Orleans as Zeta swirls over Mexico

Zeta, the 27th named storm in a very busy Atlantic season, made landfall just north of the ancient Mayan city of Tulum with maximum sustained winds of 80 mph. 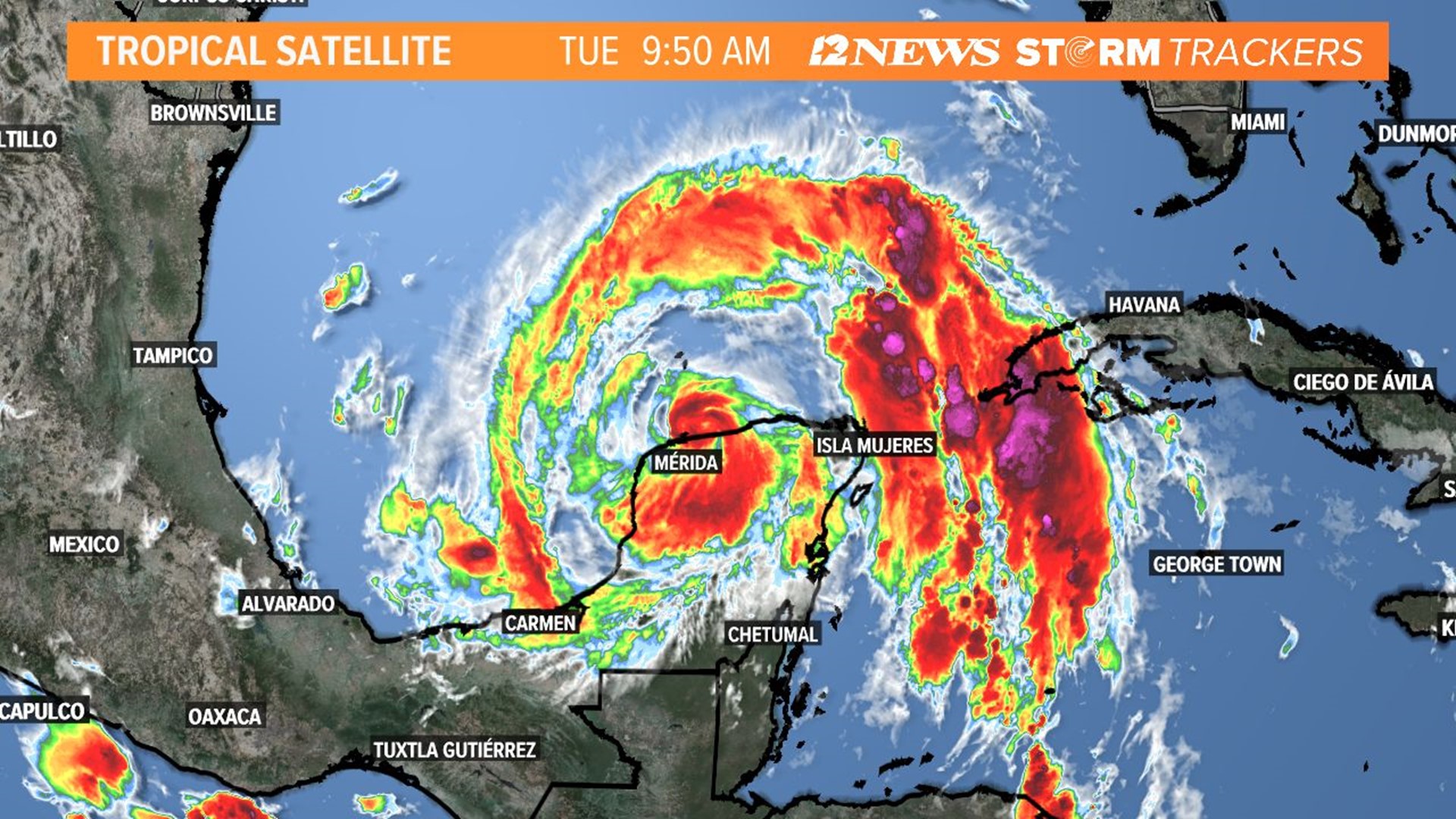 CUNCUNUL, Yucatan — Storm-weary Louisiana is once again under a hurricane warning, with Zeta leaving Mexico's Yucatan Peninsula on a path that could hit New Orleans Wednesday night.

Zeta, the 27th named storm in a very busy Atlantic season, made landfall as a hurricane just north of the ancient Mayan city of Tulum with maximum sustained winds of 80 mph (130 kph). It weakened to a tropical storm as it crossed over land, but it was expected to regain strength over the Gulf of Mexico.

Zeta's top winds were 65 mph (100 kph) Tuesday, and it was centered about 520 miles (835 kilometers) south of the mouth of the Mississippi River just off the Yucatan Peninsula. If Zeta makes landfall in Louisiana, it will be the fifth named storm to hit the state this year, joining Cristobal, Laura, Marco and Delta.

Zeta was still drenching the northern Yucatan as its center moved over the water. It was moving northwest at 14 mph (22 kmh).

Quintana Roo state Gov. Carlos Joaquín said via Twitter early Tuesday that early reports indicated his state suffered no major damage, nor were there reports of deaths or injuries. He said airports were open and business activity could resume Tuesday morning, though beaches would remain closed until the surf calms.

In Playa del Carmen, between Tulum and Cancun, Mexican tourist Elsa Márquez held up her beach towel Monday so it flapped in the wind, rattling with the strong gusts Monday a few hours before Zeta's arrival.

“This is our first experience (in a hurricane) and the truth is we are a little afraid because we don't know what will happen, but here we are,” said Márquez, who was visiting the resort from the north-central state of Queretaro.

Some boats that normally carry tourists in Cancun took refuge in a nearby lagoon channel, anchored among the mangroves to avoid the battering wind, waves and storm surge.

Quintana Roo state officials reported nearly 60,000 tourists in the state as of midweek.

Zeta broke the record for the previous earliest 27th Atlantic named storm that formed Nov. 29, 2005. It's also the 11th hurricane of the season. An average season sees six hurricanes and 12 named storms.

There have been so many storms this season that the hurricane center had to turn to the Greek alphabet after running out of assigned names.

Zeta is the furthest into the Greek alphabet the Atlantic season has gone. There was also a Tropical Storm Zeta in 2005, but that year had 28 storms because meteorologists later found they missed one, which then became an “unnamed named storm."

RELATED: Zeta forecast to combine with a winterlike storm and pummel the Northeast with rain, snow