Officials are urging Americans not to eat romaine lettuce if the label doesn’t say where it was grown. 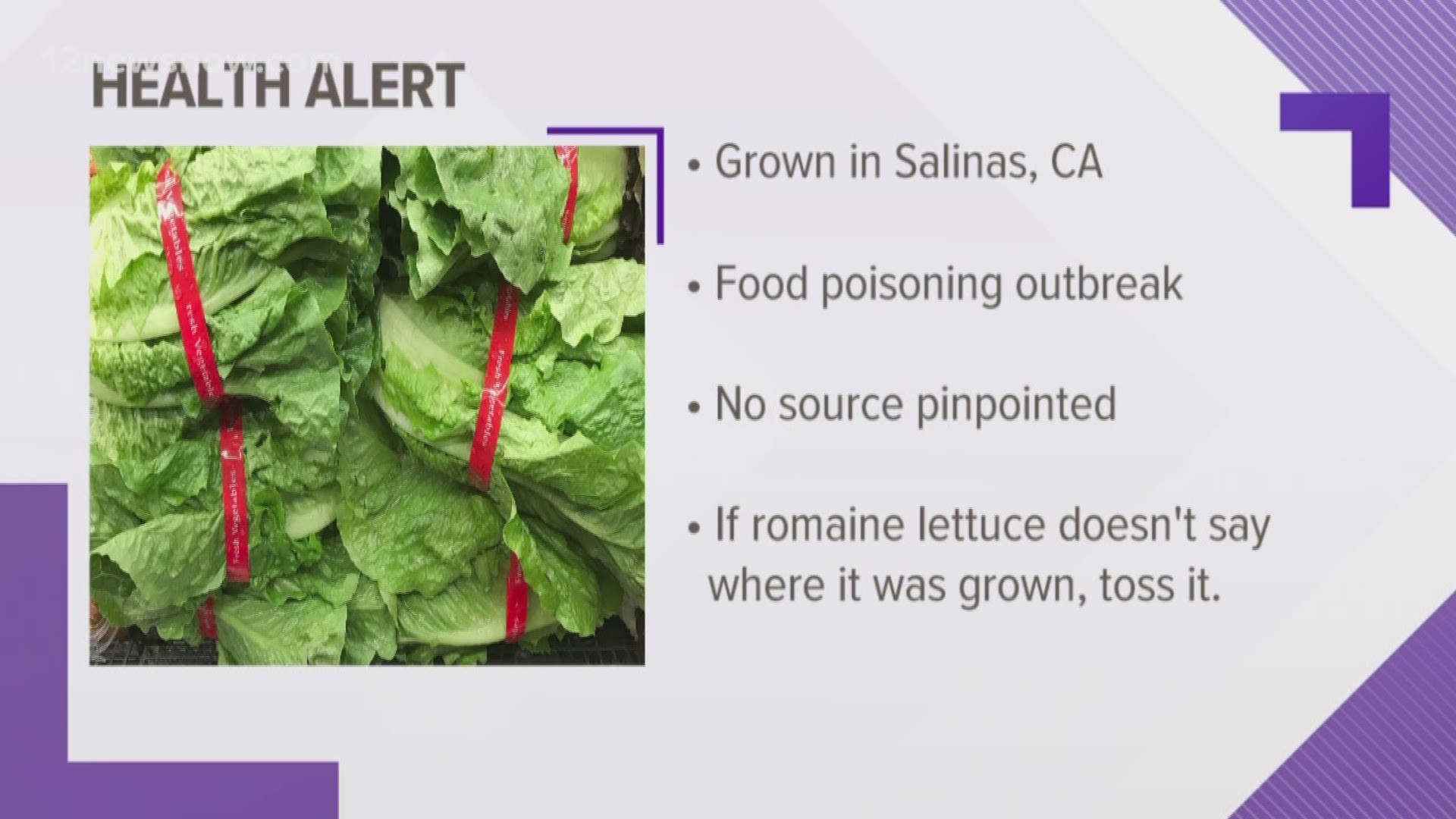 The notice comes almost exactly one year after a similar outbreak led to a blanket warning about romaine.

Officials urged Americans not to eat the leafy green if the label doesn’t say where it was grown. They also urged supermarkets and restaurants not to serve or sell the lettuce, unless they’re sure it was grown elsewhere.

The warning applies to all types of romaine from the Salinas region, include whole heads, hearts and pre-cut salad mixes.

“We’re concerned this romaine could be in other products,” said Laura Gieraltowski, lead investigator of the outbreak at the U.S. Centers for Disease Control and Prevention.

Officials said their investigation led to farms in Salinas and that they are looking for the source of E. coli tied to the illnesses. Salinas is a major growing region for romaine from around April to this time of year, when growing shifts south to Yuma, Arizona.

Officials never identified exactly how romaine might have become contaminated in past outbreaks. But another outbreak in spring 2018 that sickened more than 200 people and killed five was traced to tainted irrigation water near a cattle lot. (E. coli is found in the feces of animal like cows.)

It’s not clear exactly why romaine keeps popping up in outbreaks, but food safety experts note the popularity of romaine lettuce and the difficulty of eliminating risk for produce grown in open fields and eaten raw.

The CDC says 40 people have been reported sick so far in 16 states. The most recent reported illness started on Nov. 10. The agency says it’s the same E. coli strain tied to previous outbreaks, including the one from last Thanksgiving.

The CDC’s Gieraltowski said suggests there’s a persisting contamination source in the environment.

The FDA says that no deaths have been reported among the 40 people who became ill, but there have been 28 hospitalizations.

RELATED: Arizona among the states affected by latest E. coli outbreak in US