Capt. Seth Vernon Vandekamp, 31, from Katy, Texas, and six others were killed when the helicopter crashed during a routine mission. 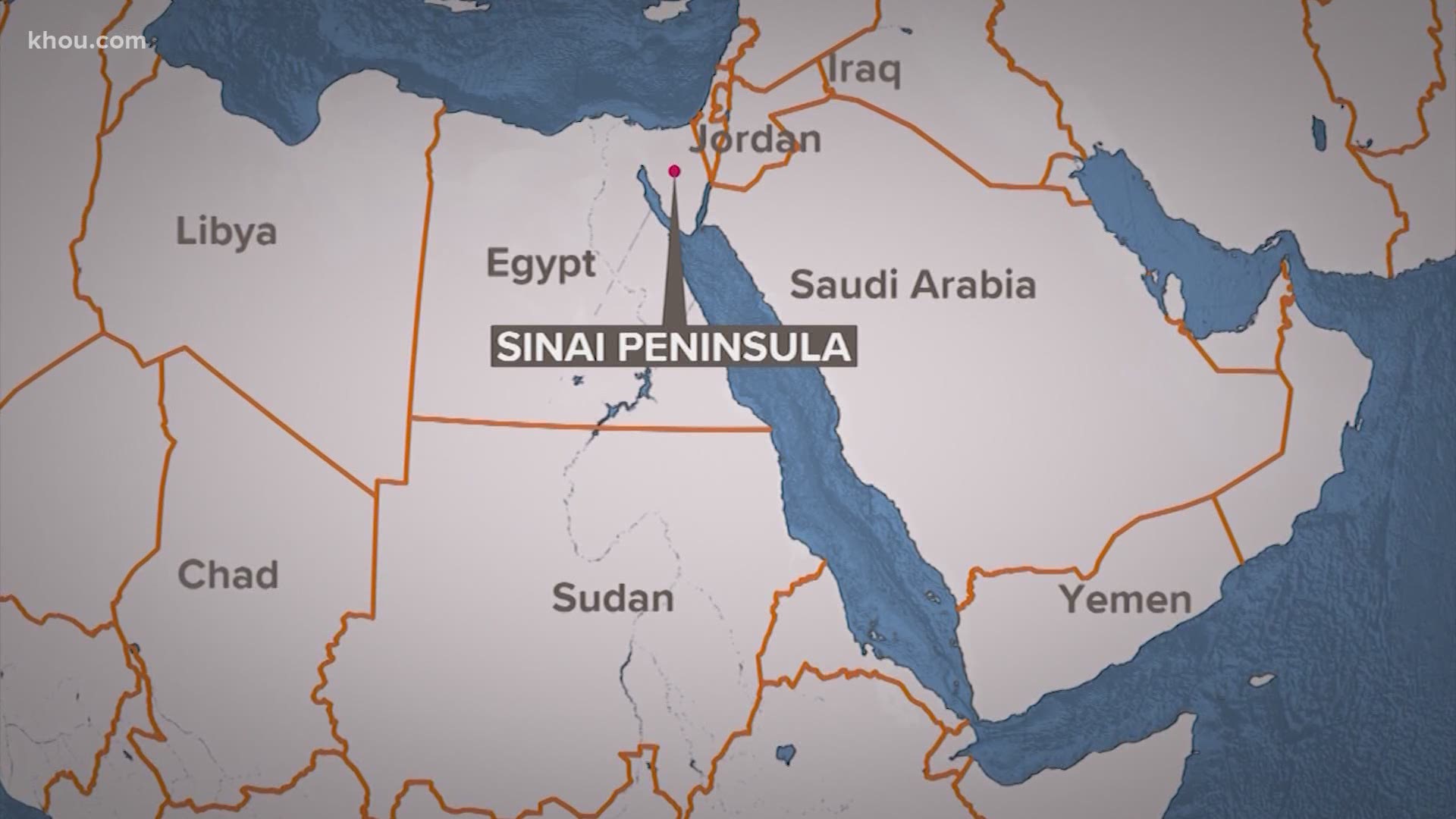 JERUSALEM, Israel — The United States Army has identified the five American peacekeepers who died in a helicopter crash during a routine mission in Egypt's Sinai Peninsula.

One of the deceased is a man from Katy, Capt. Seth Vernon Vandekamp, 31.

The other victims have been identified as:

A French peacekeeper and Czech member of the force were also killed. Their identities have not yet been released.

The Multinational Force and Observers said the helicopter crashed during a routine mission near Sharm el-Sheikh, a popular Egyptian resort city on the Red Sea, and that an investigation was underway. It did not give a precise location of the crash or say whether the helicopter fell on land or crashed into the sea.

Islamic militant groups and a regional affiliate of the Islamic State group are known to be active in Sinai. But the MFO said there were no signs of an attack. “At this point, there is no information to indicate the crash was anything except an accident,” it said.

Israel's Foreign Ministry released a statement expressing its “deepest sorrow,” and saying the MFO is “highly regarded for its work.”

The MFO monitors the four-decade-old peace agreement between Israel and Egypt. Thirteen countries contribute troops to the MFO, with the United States making up the largest contingent. Its responsibilities include monitoring troop levels along the border and ensuring the freedom of navigation through the Strait of Tiran.

“Heidi and I are lifting up in prayer the Vandekamp family, and all those affected by this crash. We also continue to pray for the American who remains hospitalized. The victims of this crash are patriots who risked their lives for liberty so that we may remain safe and free. As details continue to unfold surrounding this incident, let’s pause to remember the selflessness and bravery of America’s fallen servicemen and women.”

Associated Press writers Samy Magdy and Noha ElHennawy in Cairo, and Karel Janicek in Prague contributed to this report.