Laura Duchsherer and her family worked to corral some cattle into the shape of a cross on Christmas Day at their North Dakota farm. 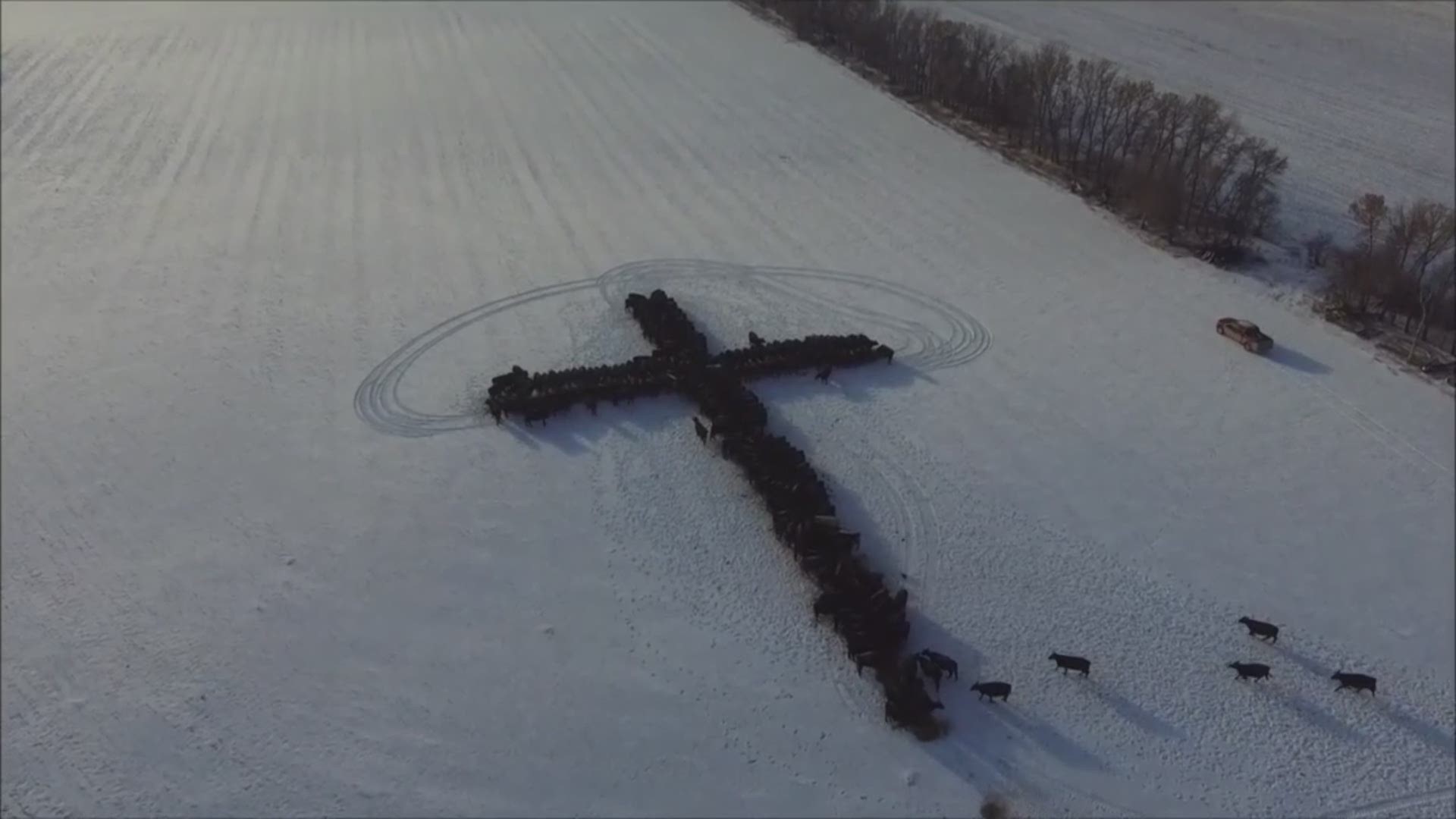 BALFOUR, N.D. — With some feed and a little Christmas magic, Laura Duchsherer and her family maneuvered some cattle into the shape of a cross.

It was a team effort, Duchsherer wrote on Facebook, to move about 300 cattle into shape. A drone then was used to fly over the herd to capture the miraculous-looking scene.

"(The cattle) just follow where the feed is!" Duchsherer told 10News. "They only stayed as long as there was feed on the ground, which for the entire thing was about 20 minutes!"