It's the first event for the George Floyd Hologram Memorial Project, aiming to 'transform spaces that were formerly occupied by racist symbols.' 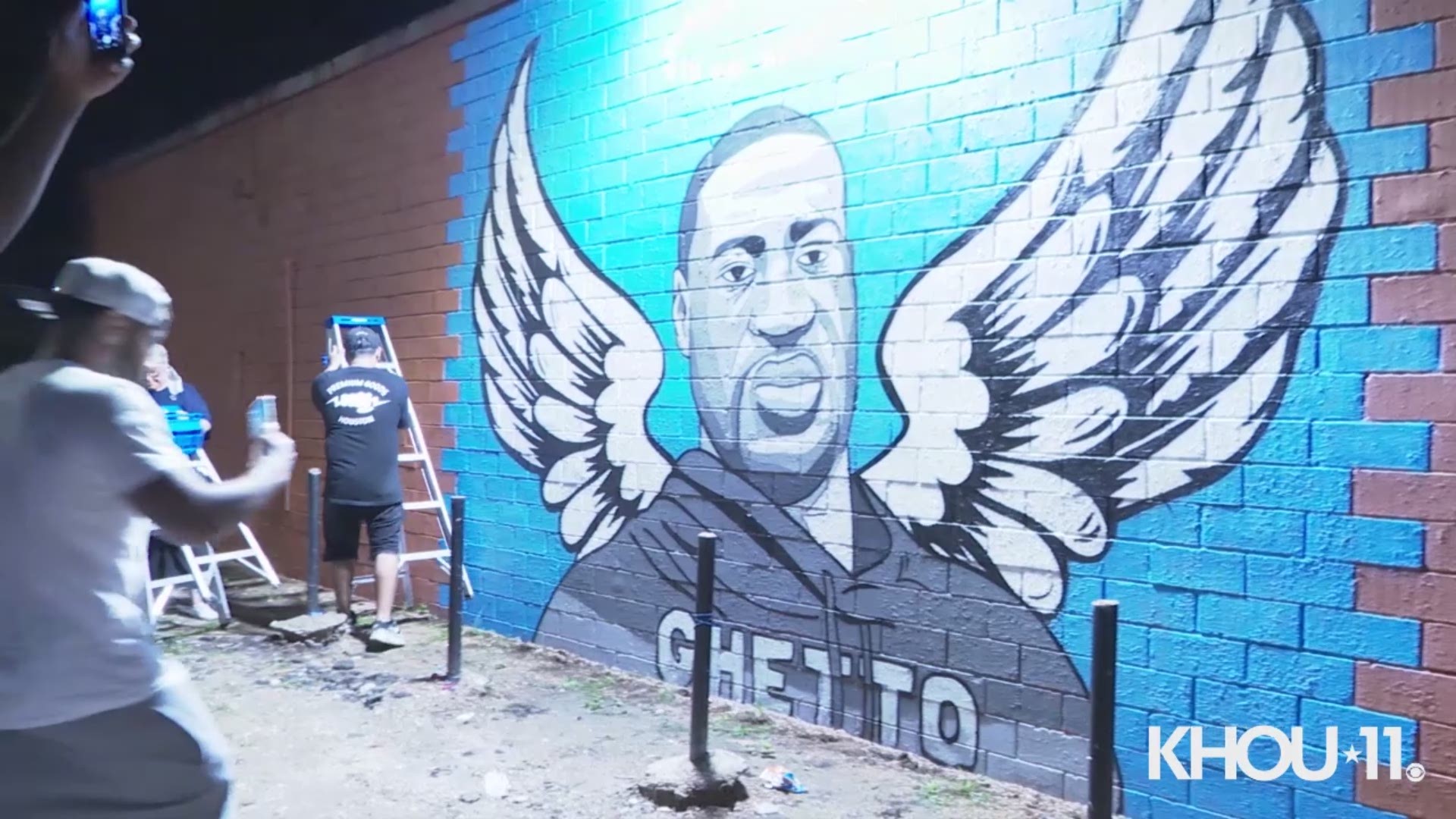 RICHMOND, Va. — Editor's note: The video above is from a mural of George Floyd painted in Houston.

The family of George Floyd witnessed the unveiling of a hologram in Virginia Tuesday night, where flickering lights came together to create an image of Floyd's head and shoulders transposed over the Confederate Gen. Robert E. Lee statue.

The event in Richmond on historic Monument Avenue was the first public unveiling of the George Floyd Hologram Memorial Project. A press release says the project aims to “transform spaces that were formerly occupied by racist symbols of America’s dark Confederate past into a message of hope, solidarity and forward-thinking change."

Credit: AP
An image of George Floyd is projected on a screen in front of the statue of Confederate General Robert E. Lee on Monument Avenue Tuesday July 28, 2020, in Richmond, Va. Change.org and the George Floyd Foundation officially launched "A Monumental Change: The George Floyd Hologram Memorial Project" in Richmond, the capital of the Confederacy (AP Photo/Steve Helber)

Floyd was a Black man who died after being pinned to the ground by a white police officer in Minneapolis in May, sparking protests across the country calling for criminal justice reform across the nation. The Richmond-Times Dispatch reported that the project's week-long tour will take it to a number of cities in North Carolina and Georgia mirroring the route of the 1961 Freedom Rides.

The hologram features a myriad of lights that swarm like fireflies to form into a 3-D image of Floyd, with his name depicted around his image. The tour is organized by Change.org and The George Floyd Foundation.