More than 11,000 people evacuated after the flames spread Oct. 31 during dry winds that fanned fires across the state this fall. 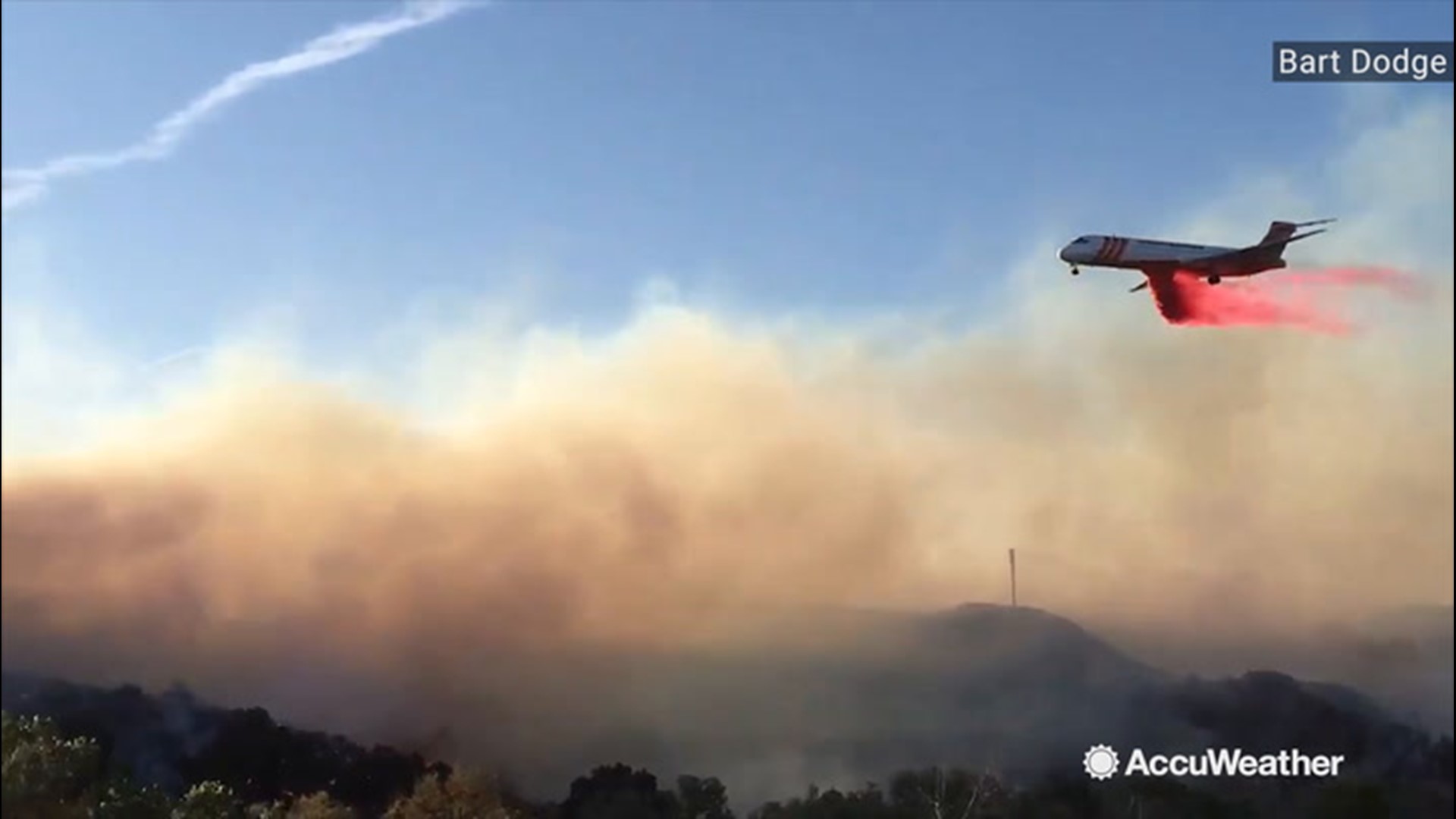 Crews working in steep terrain were tamping down hotspots and keeping an eye on lingering gusts in mountain areas that could carry embers, said Ventura County Fire Capt. Steve Kaufmann.

Firefighters have contained 50% of the blaze, which has burned nearly 15 square miles (39 sq. kilometers) of dry brush and timber. Three buildings were destroyed.

More than 11,000 people evacuated after the flames spread Oct. 31 during dry winds that fanned fires across the state this fall.

Credit: AP
Flames from a backfire consume a hillside as firefighters battle the Maria Fire in Santa Paula, Calif., on Friday, Nov. 1, 2019. According to Ventura County Fire Department, the blaze has scorched more than 8,000 acres and destroyed at least two structures. (AP Photo/Noah Berger)

In his first recent comments on the California fires, President Donald Trump threatened to cut U.S. aid funding to the state.

California Gov. Gavin Newsom has done a "terrible job of forest management," Trump tweeted. When fires rage, the governor comes to the federal government for help. "No more," the president tweeted.

Newsom replied with a tweet of his own: "You don't believe in climate change. You are excused from this conversation."

The state controls a small percentage of forest land. The federal government manages most of it. Neither of the two major fires currently burning in California are on forest land.

Last year Trump made a similar threat as wildfires devastated Malibu and Paradise, California — accusing the state of "gross mismanagement" of forests.

At the time Newsom defended California's wildfire prevention efforts while criticizing the federal government for not doing enough to help protect the state.

In Northern California, more people returned to areas evacuated from a huge fire that burned for days in the Sonoma County wine country.

The 121-square-mile (313-square-kilometer) fire was 76% contained on Sunday, the California Department of Forestry and Fire Protection said.

The tally of destroyed homes reached 175 and there were 35 more damaged, authorities said. Many other structures also burned.

The causes of both fires were under investigation but there was a possibility that electrical lines might have been involved — as was the case at other recent fires.

Southern California Edison said Friday that it re-energized a 16,000-volt power line 13 minutes before the fire erupted in the same area of Ventura County.

Edison and other utilities around the state shut off power to hundreds of thousands of people last week out of concerns that high winds could cause power lines to spark and start fires.

Southern California Edison will cooperate with investigators, the utility said.