The congregation, led by Imam Omar Suleiman, penned more than 150 cards and letters. 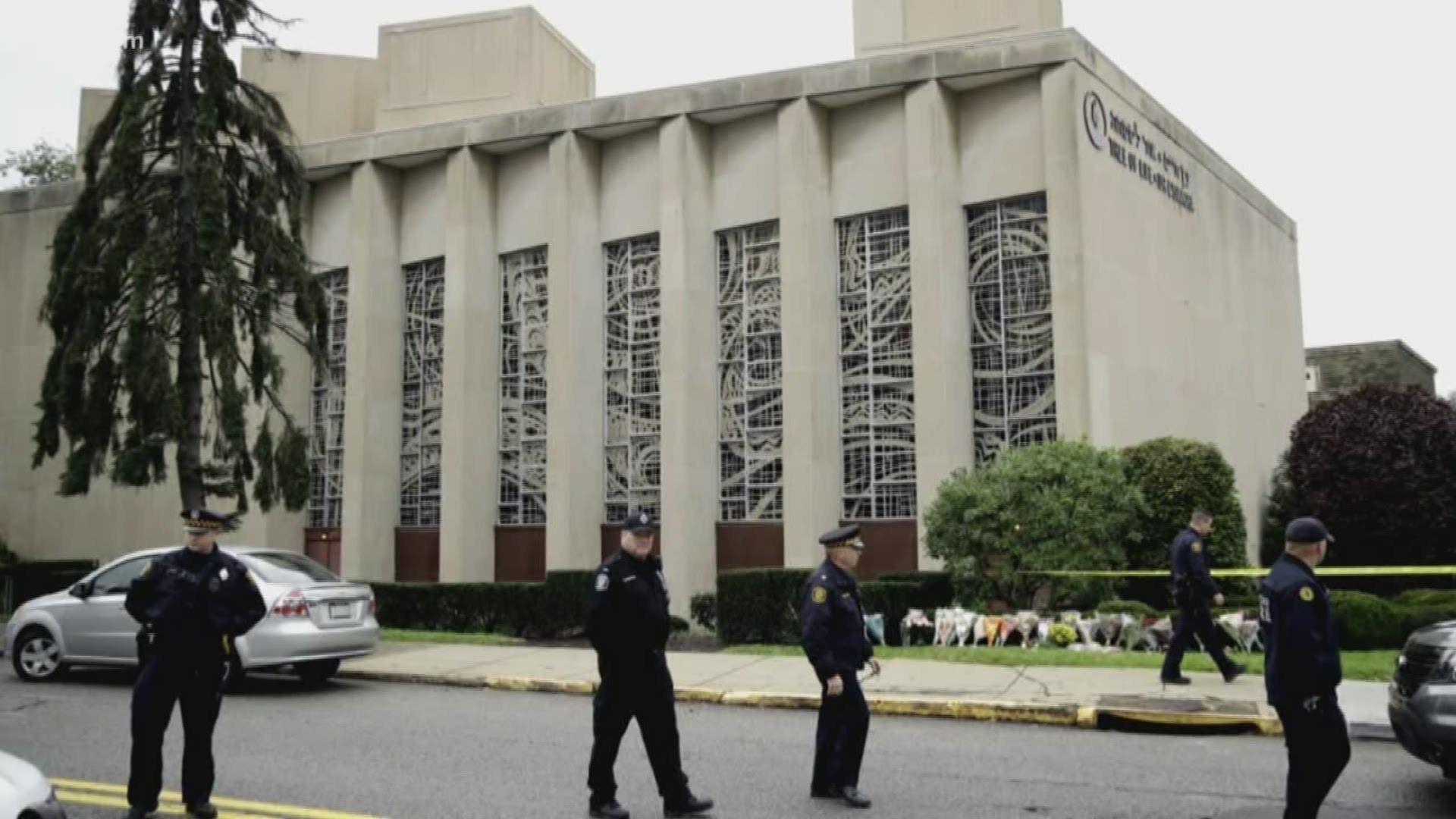 As communities of many faiths have rallied to support Pittsburgh's Tree of Life Synagogue following a gunman's attack that killed 11 worshipers, members of the congregation at the Valley Ranch Islamic Center in Irving drove 30 miles across town to North Dallas on Friday morning to deliver their own messages of encouragement, peace, and hope to their Jewish brothers and sisters.

The congregation, led by Imam Omar Suleiman, penned more than 150 cards and letters. He read us one by a female member of the mosque. On the outside of the card she wrote "you are family, we stand with you." One the inside she wrote: "I am a mother of five daughters who wear hijab. I know hate and all of its ugly forms. Only by sending each other love and standing up to injustice, no matter who it is against, can we actually end that hate. Sending you love and prayers."

"Antisemitism and Islamophobia are probably the two closest forms of bigotry that you can find right now," Suleiman said explaining that the show of solidarity between Muslims and Jews is not at all a foreign idea.

"We have to show that we will not be intimidated into the shadows, that we will resist that hatred loudly. And especially reject anything of intimidation and violence."

About 40 members of the Irving mosque traveled Friday to the Jewish Community Center in North Dallas to deliver those messages in person. They were met by a dozen members of the Jewish Federation of Greater Dallas, including president Bradley Laye.

"The Christian community, the Catholic community, the Protestant community, the Jewish community, the Muslim community, Sikhs, any religious minority or other group is under attack right now. And we've got to be able to stand together against that,” said Laye after receiving the cards and letters and after thanking the men women and children for the heartfelt gesture.

As members of the Jewish and Muslim congregations gathered and talked, and their children played together on a cloudless fall day, Cathy Hamm walked up to us to ask what was happening. After we explained what the meeting was about, the devout Catholic became emotional.

"It kind of gets to me. It really does," she said. "Seeing the children playing together and the mothers talk, it's just the way it should be. We're all the same!"

And that's how Suleiman sees it, pointing out that the attack on an AME church in Charleston, a Christian church in Sutherland Springs, Texas, a firebombed mosque in Victoria, Texas, and the attack in Pittsburgh were all motivated by hate.

And Suleiman also reminded us that the man who attacked the Jewish synagogue in Pittsburgh claimed he was motivated by the fact the Jewish congregation was helping Muslim refugees immigrate to the United States.

"So he hated these Jews because they were helping Muslims. There's so many layers of hate there and layers of poison that came out in that massacre," Suleiman said.

"At some point people have got to learn and stand up against hate," Laye said. "And look inside yourself and look at the people around you and call it out when you see it. And there are better ways to deal with things."

"And so we have to collectively stand together and say we reject that hate, that we will proactively love one another," added Suleiman who maintains close friendships with ministers, rabbis and leaders of many different faiths throughout Dallas and for that matter throughout the country.

And it was that friendship and that level of understanding that they offered in a basket full of letters: acknowledgement that yes their faith and their beliefs may be different, but their struggle against hatred and bigotry is the same.

"Do not underestimate the power of your smile, the power of you walking over to that Muslim to that Jew or whoever it may be and say I love you, you are welcome here, we stand with you," Suleiman said.