Johnny Wimbrey, who is black, says the manager wanted to give the table to a white man who is a regular. 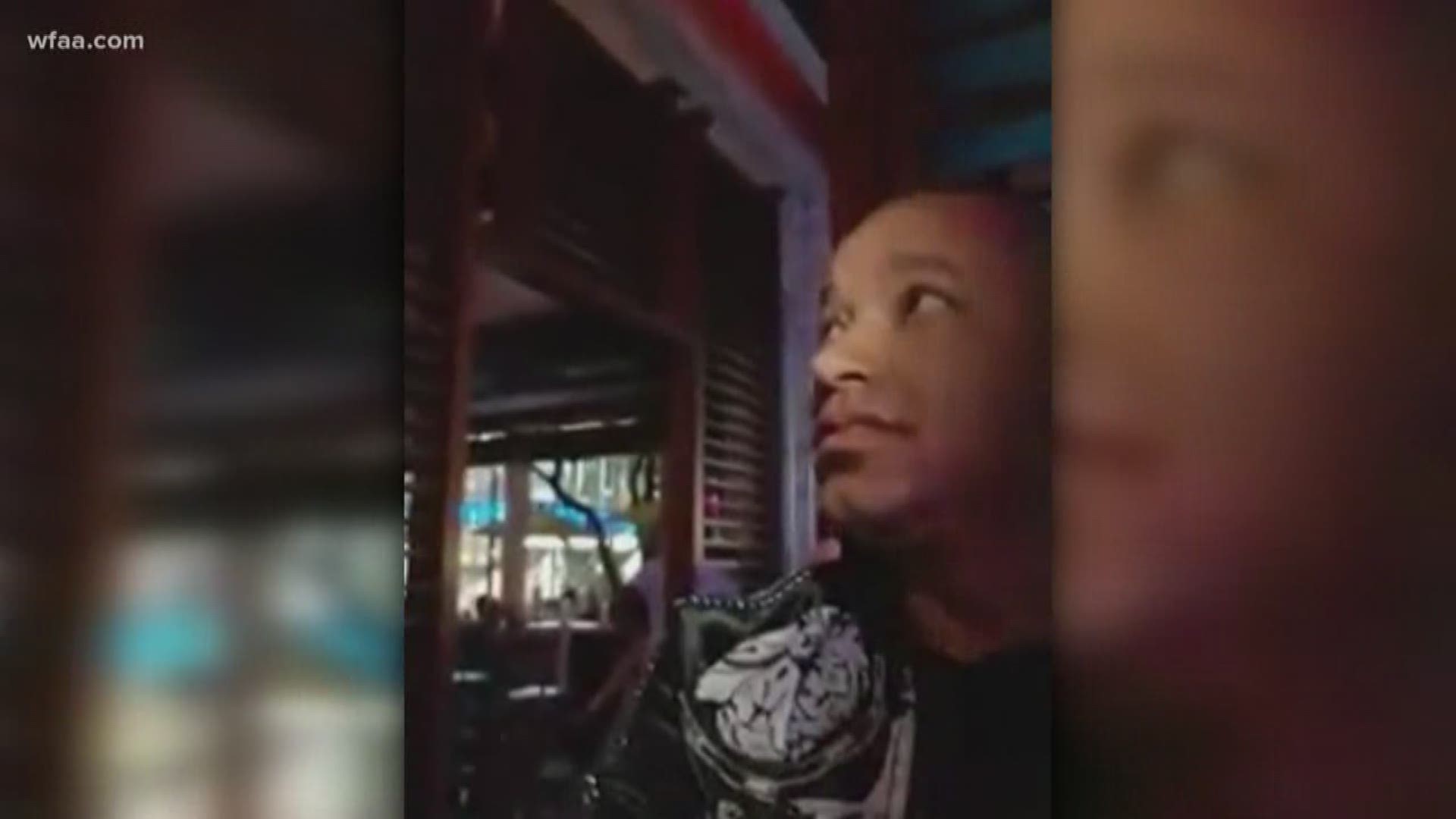 Johnny Wimbrey and his wife just wanted dinner and a couple of drinks Saturday night at Sambuca 360 in Plano.

They found a good seat and were given menus. They were about to order when the manager asked them if they would give up their table.

"I said, 'No I think we want to sit here. We have a great view. It's only a table for two.' We declined the offer respectfully,” Wimbrey said.

Wimbrey, who is black, says the manager wanted to give the table to a white man who is a regular.

The manager got angry and told the Wimbreys to leave when they wanted to keep their table.

Some of the exchange was recorded on their cell phone.

"You can pay the tab. You are leaving,” said the Sambuca manager.

“Why am I leaving? Because I am asking you to leave. Why?” asked Wimbrey.

"He immediatley said what you saw in the video is you are going to have to leave. And I’m like why? Becuase I don't like you. I have to leave because you don't like me?” said Wimbrey.

The manager took it a step further and accused the couple of trespassing even though they were paying customers.

“What did I do wrong?” asked Wimbrey.

“I tell you to leave right now or I will call the police,” responded the manager.

“What did I do wrong?” asked Wimbrey.

“You need to leave now. What you are doing wrong is trespassing,” said the manager.

At this point the Wimbrey's decided to leave.

"The Plano police show up. They jump out of the car and I thought what would happen if I didn't leave?” said Wimbrey.

What the manager doesn't know at the time is that Wimbrey is a world renowned author and motivational speaker who has held company parties with more than 2 hundred people at the same place.

He believes race was a factor in this incident.

"I do believe it’s because of who I am and how I look that they asked me to move tables,” said Wimbrey.

Sambuca issued the following statement to WFAA: "We apologize for the miscommunication with our guest on Saturday night, which resulted from a mix-up at our host stand. Sambuca has no tolerance for discrimination and always wants to make every guest feel welcome and respected."