A 14-year-old hero is being called a hero after helping multiple students escape a fiery bus crash Wednesday that left one dead. 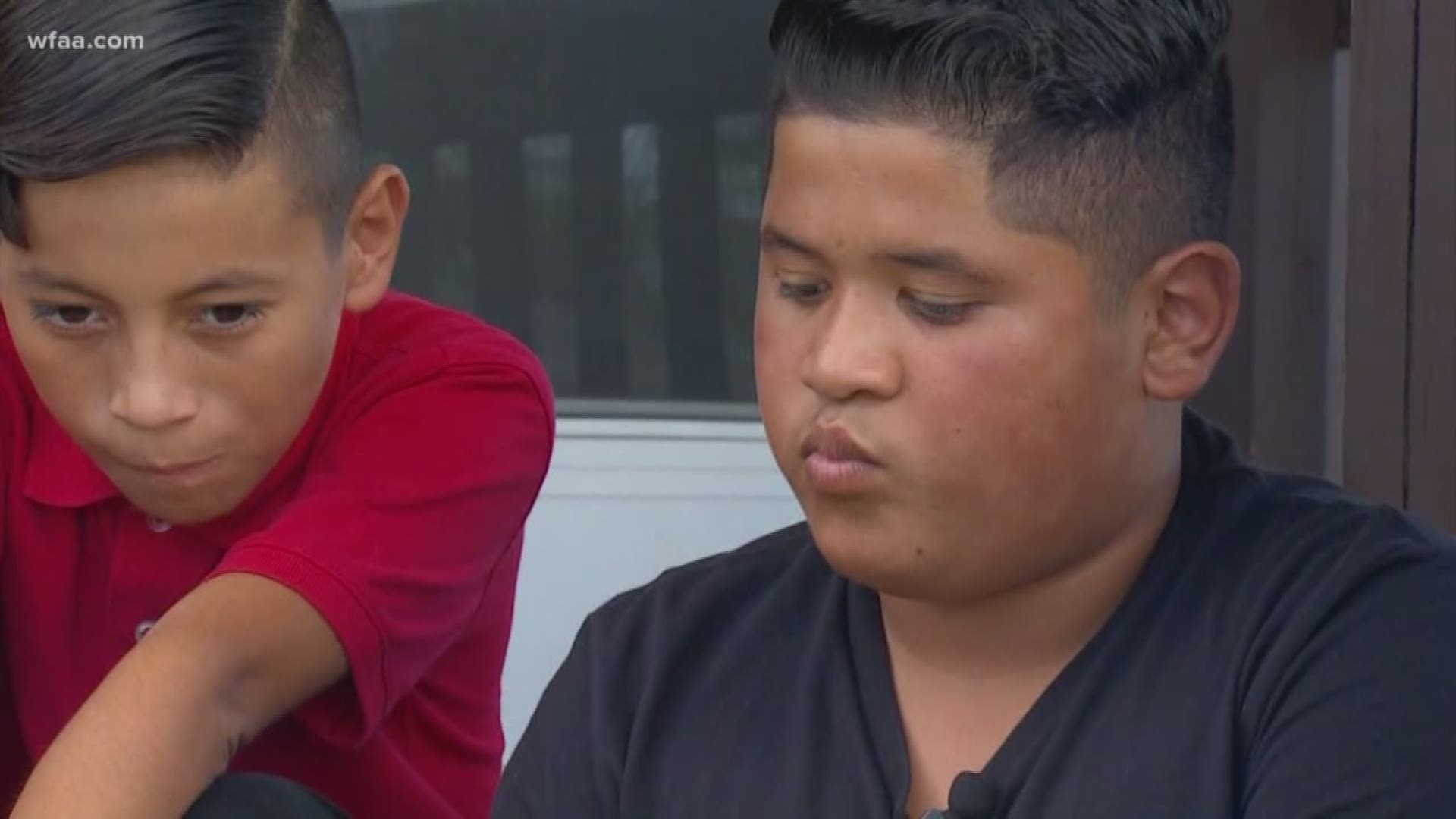 MESQUITE, Texas—A 14-year-old hero is being called a hero after helping multiple students escape a fiery bus crash Wednesday that left one dead.

The crash happened off Lawson Road after a Mesquite ISD school bus driver lost control the vehicle, tried to avoid oncoming traffic, and rolled the bus into a ditch. The bus caught fire after hitting a utility pole.

Out of 42 students on the bus, 12-year-old Jazmine Alfaro Villarreal was the only one who lost her life. Her death has stunned Mesquite ISD, but a silver lining is emerging.

One student, 14-year-old Edwin Jimenez is being hailed a hero after district officials said he helped multiple students get to safety. Jimenez survived the rollover unscathed but noticed other students needed help. He doesn’t speak English very well, but family friend Stephanie Mendoza was able to translate the horror he went through.

“He wanted to get out as soon as possible, but when he saw everyone needed help—he risked his life to help others,” Mendoza said. “When the bus flipped—he says that’s when the fire started immediately.”

Jimenez told WFAA that he got his 11-year-old brother out, but noticed two girls under some seats and said, “I couldn’t leave them there.”

One of those girls was 12-year-old Yelitza Munoz. Ironically, she lives across the street from Jimenez. “I was like dizzy, so I didn’t know what to do,” Munoz said. Jimenez picked Munoz up and carried her to safety.

“He unbuckled me, and he started carrying me to the door where we needed to leave,” she said.

District officials told us Jimenez went back to pull more students out. He told WFAA he regrets not being able to save Jazmine. “I was one of the last students to leave the bus,” Jimenez said. “I feel sad that I wasn’t able to help the little girl (Jazmine), but there was a lot of smoke, and I didn’t see anyone and left.”

While Jazmine’s death will no doubt weigh on the district as police investigate the crash, but Jimenez’s heroism will too. “He’s like my hero and my best friend,” Munoz said.