Making green for the Mean Green: These UNT students are literally investing in the school's future

A group of students at UNT in Denton have been making some savvy trades, using real money that was donated by a philanthropist who wanted college students to learn to invest. They have their sights set on $1 million dollars. 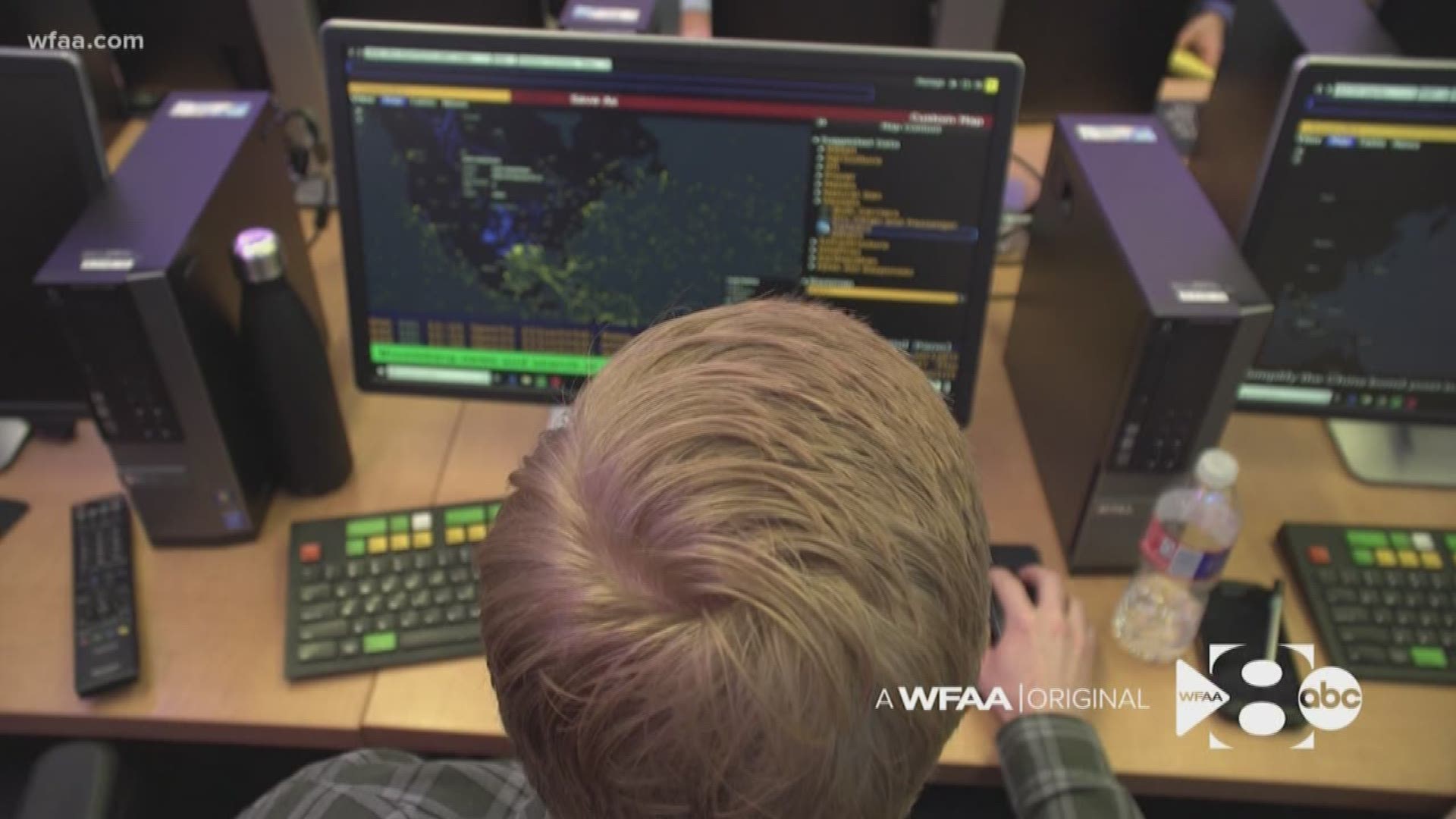 DENTON, Texas — It was a late Friday morning in January at the University of North Texas. Some students were strolling to class. Others were getting in some study time. But one group on campus had been especially productive.

That morning, in just the few hours after Howie Mandel from "Deal or No Deal" rang the opening bell on Wall Street, the small group of UNT students had already made enough cash in the market to fill a briefcase. They had more than $5,000 before noon.

We met them inside a glassed-in room at UNT in Denton that looks like a mini-stock exchange, with a market ticker scrolling the latest share prices above, and multiple trading monitors displaying charts, dollar signs and research articles.

Members of the Student Investment Group meet here regularly to research and pick stocks. Senior Daniel Lethe said there are usually some arguments about the picks.

“All the time," Lethe said. "Absolutely. I kind of thrive on the whole disagreement thing.”

Then they take a vote. When a majority of the members votes in favor of a stock, they can buy it. Lethe pulls up one of their recent purchases on his monitor.

This isn’t play money. “I actually didn’t know at first that it was real money,” Trent Harbert, a senior finance major, said when he joined the club.

But it’s not their money, either. The funds were gifted to the university years ago by the late Col. Guy M. Cloud, Jr., with the intent of teaching investing to students. Students have been investing the money for more than a decade.

“It’s really great for real-world experience," Harbert said. "I have learned more in this group than I pretty much have in a lot of my classes."

You might think that using someone else’s money in the stock market takes the pressure off. Not so, said Lethe.

Group president Chase Preston, a junior finance major, said, “We recognize this isn’t normal, giving students this much responsibility and this much money. We don’t take it lightly.”

The invaluable experience of learning to successfully invest at such a young age is open to anyone at UNT. This extracurricular club isn’t just for the finance majors, said Marilyn Wiley, the dean of the university's G. Brint Ryan College of Business.

“The point I really try to make is: This is critically important for all of you," Wiley said. "Yes, you may be a psychology major, but do you not think you will want to retire one day, and do you think you want to count on social security to be that retirement?”

Wiley oversees the Student Investment Group. She goes over the student research. If it is sound and the group has voted to invest, she is the one who places the trades. We asked her if she ever gets suggestions from them that she wouldn’t personally invest in.

The students don’t always choose winners. We saw one stock in their portfolio that was down 29.99 percent. But Wiley said the students set a sell price in advance – if a stock falls to that level, they offload it. They are learning.

Even failures are teachable moments. And investing is hard. Thanks to the bright-light stock ticker in the trading room, the dean can see the down days all the way from her upstairs office.

Last year was a bad one for the market and for the fund. Wiley expects this year to be better.

“It’s extremely unusual to have two down years in a row," Wiley said. "That hasn’t happened since World War II.”

But more days than not, that floor has glowed a shade of UNT "mean green."

In a little more than a decade, students have grown the fund from a starting point of about $207,000 to more than $595,000 as of this writing in April 2019. The increase is an especially big deal because the donor who started it all stipulated that when the fund reaches $1 million someday, it is to start paying out scholarships to UNT students who need financial aid and who are interested in an investing-related career.

Here are the requirements for eventual scholarship applicants once the fund tops a million dollars:

Both graduate and undergraduate students can apply, provided they meet the other required criteria.

The scholarships should be “merit-based and totally without regard to gender, race, religion, ethnic origin or disability.” Students must “never have been convicted of a felony or Class A Misdemeanor” and must be able to “demonstrate and document genuine need of financial assistance."

It’s not clear yet whether the scholarships will be partial or full-ride.

Patrick Malany, a senior finance major, said the group offers multiple benefits. He knows this could be great experience for his future career ambitions.

“It’s tremendous," Malany said. "You are actually doing the research and you are doing the job you want to do.”

Beyond that, he said the scholarship aspect of the exercise is heady.

“Since the goal is to get to a million dollars and be redistributed as scholarships, you really have a lot of pressure on you to make the right decisions and do well," Malany said. "You want to be part of that legacy and be able to give to other people.”

As we left campus, we realized that some future January morning, there may well be students at UNT who are able to afford to stroll to class or get in some study time all because of the investments being made by these current students.