The United States Postal Service is apologizing to a Dallas family after a letter carrier was caught on a home surveillance camera pepper spraying the family's three dogs on his route. 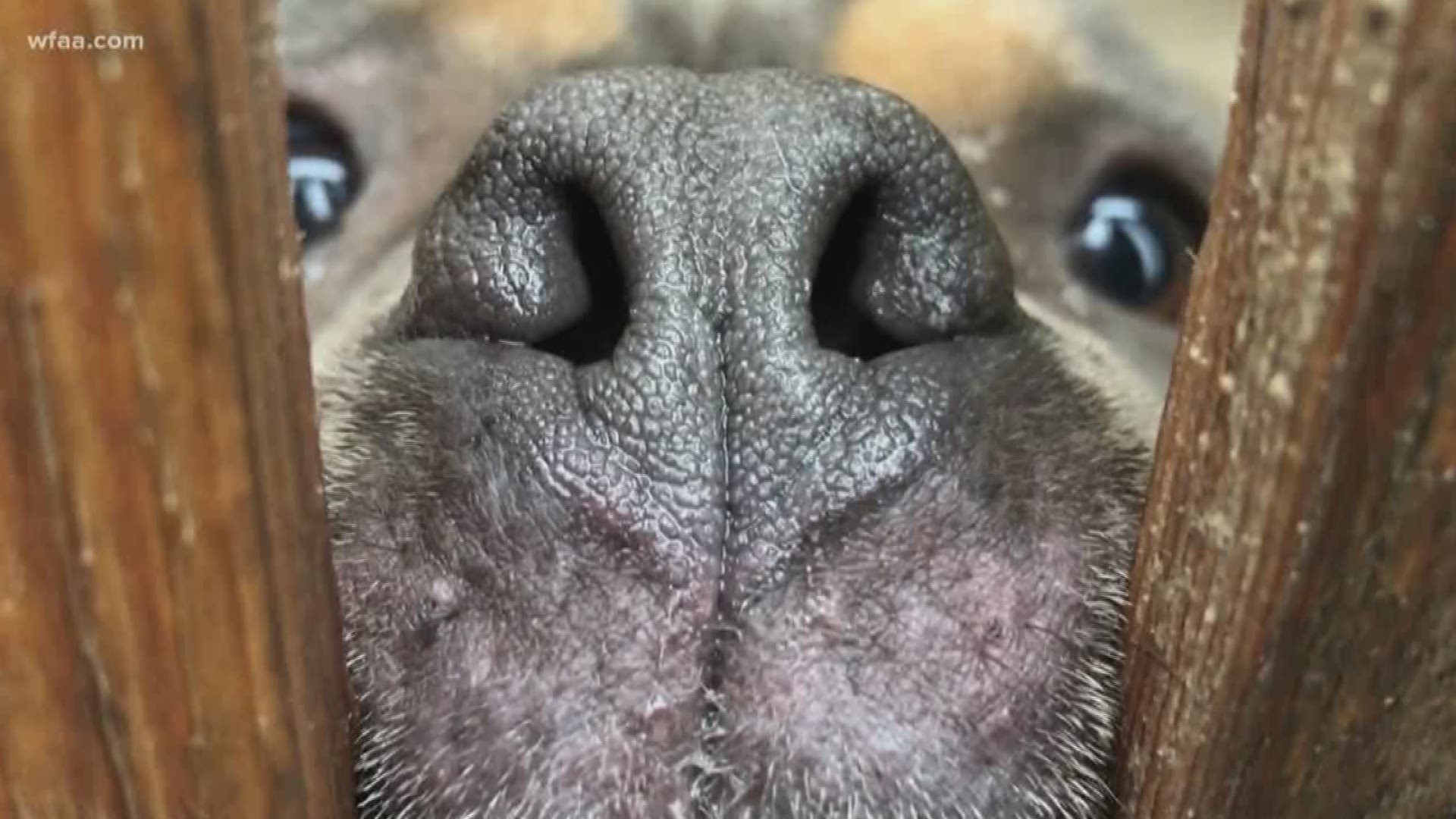 DALLAS — The United States Postal Service is apologizing to a Dallas family after a letter carrier was caught on a home surveillance camera pepper spraying the family's three dogs on his route for seemingly no reason.

The incident happened Dec. 13, 2018. In the video, you can see the letter carrier dropping off some mail at Giovanni Baena's home.

When he walks away, you can see him shake up a can of mace and spray Baena's three dogs, while they’re barking behind a fence.

The letter carrier then walks away and keeps delivering letters as if nothing happened. Baena pulled up his security footage when he walked outside and found his dogs disoriented. “They were barking a little more aggressively, and then they just stop,” Baena said. “I walked outside and caught a whiff, and it smelled like pepper spray. Then I saw it here on the fence and a spatter on the wood.”

Luckily, Baena's dogs were ok. Baena admits that his dogs do bark but doesn’t know why someone would need to hit them with pepper spray -- especially, when they’re behind a 6-foot-tall reinforced fence and not threatening anyone.

Baena brought that up when he made an official complaint to his nearest post office. “There’s no reason for them to just come by and spray them,” Baena said. “Uncalled for, very unnecessary, and unprofessional.”

And apparently, the USPS agrees.

When WFAA reached out a spokesperson sent the statement below.

“The Postal Service strives to always provide the best possible service to our valued customers. It is disappointing when, on rare occurrences, we fall short of that goal. Local management was made aware of this video shortly after the customer brought it to their attention and it has been addressed with the Letter Carrier. This is clearly unacceptable behavior and does not reflect the efforts of the thousands of professional, dedicated Letter Carriers in our workforce. We sincerely apologize to the customer.”

However, is this mail carrier still on the job? When WFAA followed up with the same spokesperson, they sent the following: “The Postal Service does not discuss specific employee disciplinary actions or comment on personnel actions or matters that may impact personal privacy.”

That response didn’t sit well with Baena. “I don’t want that guy here again. I don’t want him doing my route,” he said.

Fired or not, Baena just wants the USPS to understand one thing. “They’re just dogs, they’ll bark at anything.”

Baena says that he reported another mail carrier for pepper spraying one of his dogs in 2016. A police report online confirms that Baena did, in fact, contact Dallas Police about that, but it only says ‘a suspect’ sprayed his dog in the face causing its eyes to swell and no other information was provided.