The attack happened as the woman was along the 4300 block of Hamilton Avenue early Sunday morning. 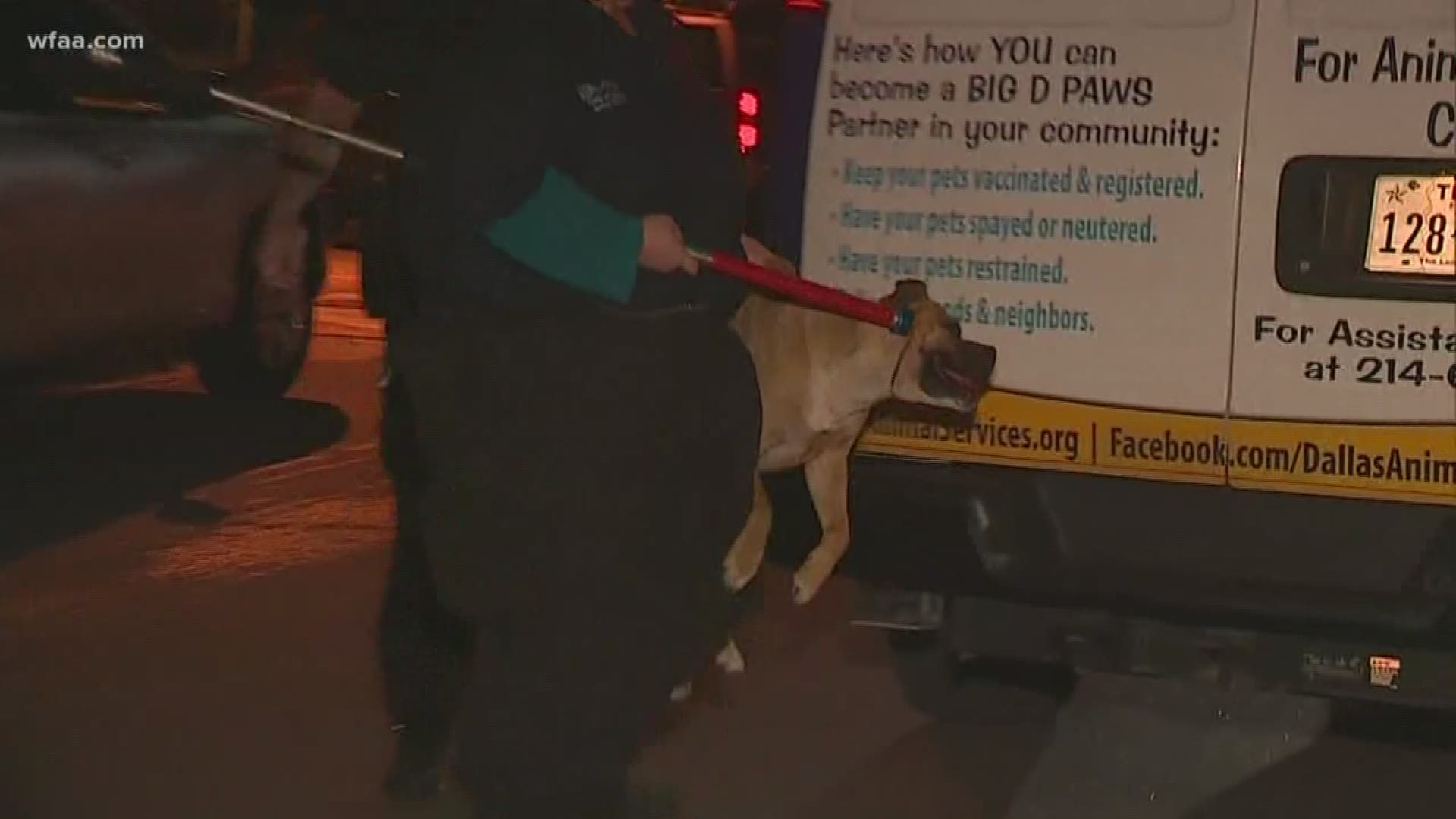 A woman remained hospitalized Monday, recovering from serious injuries after a pack of dogs mauled her on a street near Fair Park.

The attack happened as the woman was along the 4300 block of Hamilton Avenue early Sunday morning.

Dallas Animal Services seized the dogs, who were then euthanized.

The city issued 16 tickets to the owner of the dogs on Monday for violations involving loose-dog laws, rabies vaccines, and not having them spayed or neutered. Police were still working determine whether to pursue charges against the dogs' owner.

"They need to patrol this street more with the dog catchers,” Rev. Donald Glover said.

The pastor is among neighbors who say they are frustrated after learning a pack of dogs escaped a fence. The animals viciously attacked the woman. Investigators say the street was stained with the victim’s blood when they arrived, and injuries covered her body.

“It wasn’t the first time that it happened in this neighborhood,” Rev. Glover said.

Sunday's dog attack happened about one mile from Rutlege Street, where a different pack of dogs escaped a fence and mauled 52-year-old Antoinette Brown in May 2016. Brown died from her injuries a few days after that vicious attack.

"It’s pretty much disappointment, shock, and pain," Dallas City Councilman Kevin Felder said. "I don’t want anyone to be attacked by dogs.”

Councilman Felder visited the neighborhood on Hamilton Avenue after learning about Sunday’s incident with the loose dogs. Felder said residents described the animals as a longtime nuisance.

"They have attacked people before,” Felder said. “Chased some of the kids before.”

Neighbors say the dogs involved in Sunday's attack would often jump the fence or get out through a hole in the gate.

According to city records, just shy of 31,000 loose-dog complaints were received in 2017.

As the victim recovers, the investigation into the attack is ongoing.

Councilman Felder said he will be discussing the loose-dog issue with the management at Dallas Animal Services.

"The City of Dallas is being proactive,” Felder said, “but I think maybe we need to get into the community, have more community meetings and let people know if you have a dog it needs to be tethered.”