Look closely at the horizon over Forrest Baldwin's 7,000-acre spread in Clay County, and towering 300 to 400-foot turbines are already visible. 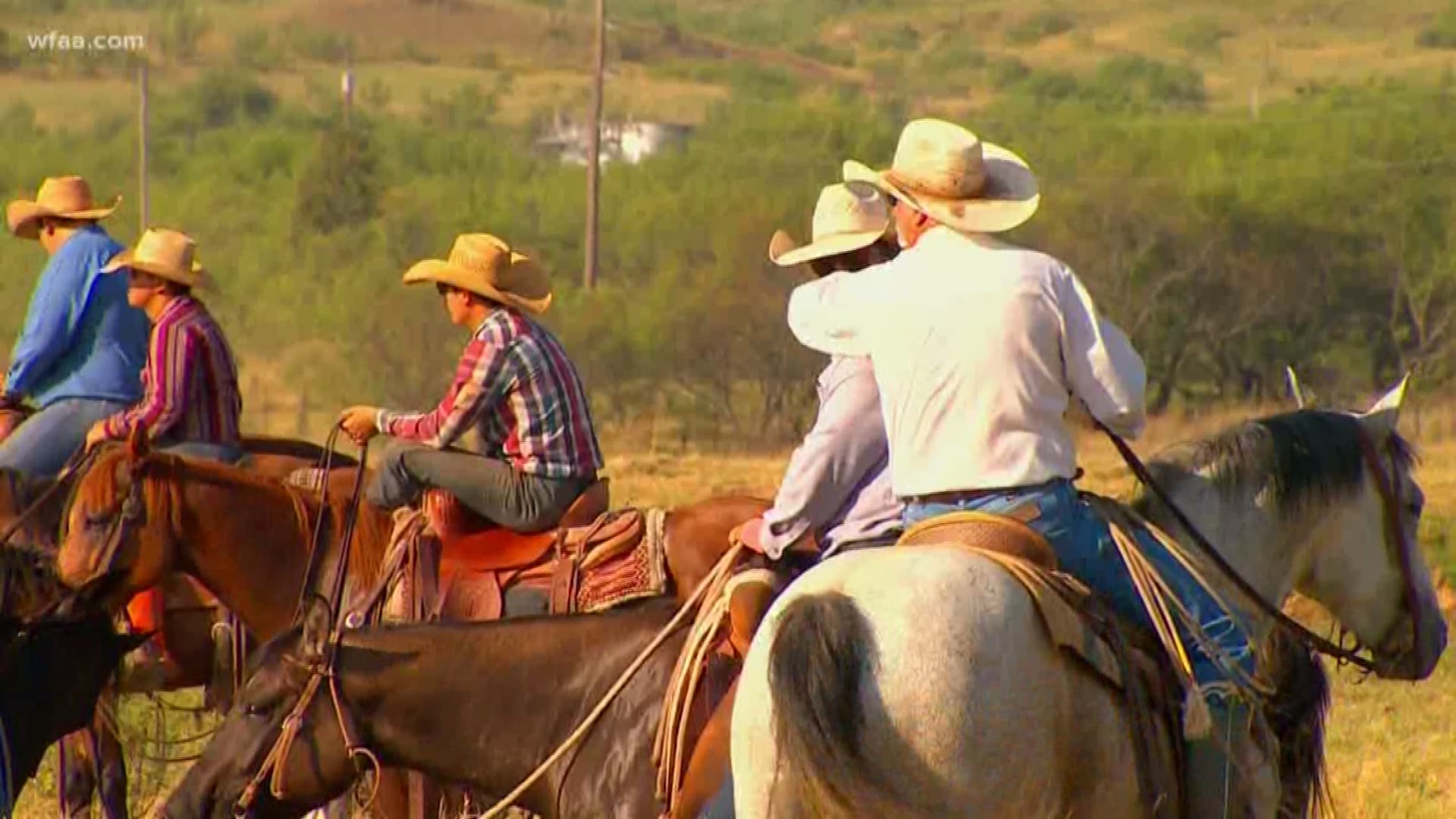 CLAY COUNTY — On a sweltering weekday in mid-July, it takes a dozen good cowboys on the historic Sanzenbacher Ranch to get the round-up done.

Running more than 550 head isn’t an easy living in the cattle business.

But Forrest Baldwin is far more concerned about the type of energy business that could soon be his neighbor.

Look closely at the horizon over his 7,000-acre spread in Clay County, and towering 300 to 400-foot turbines are already visible.

He’s concerned a new project could bring a whole lot of them a lot closer to his place.

"The things people love here, they're going to lose by putting 100 turbines in over 30,000 acres," said Baldwin.

A new wind project, called Black Angus, is suddenly a big talker up and down the Highway 287 corridor in Montague and Clay Counties.

APEX Clean Energy, based in Virginia, is quietly seeking out and negotiating with landowners for long-term leases.

George Clay lives on 600 acres right off the highway.

A few months ago he heard some unwelcome news.

"One of my neighbors approached me and said, 'Hey, I can get you in on this wind farm,"' said Clay

But Clay fears a big drop in property value, perhaps as much as 25 percent, if 300-foot turbines are suddenly running 24/7 one ranch away.

Apex told WFAA that their proposed project is still in the early stages of development.

They have a history of successful clean energy projects across the country, and stress they want to work hand-in-hand with local land owners.

"Wind power can be highly compatible with ranching and farming […] potential tax and other economic development benefits to the county and school district are significant,” the company said in a statement.

About 30 miles to the west of the proposed Black Angus site sit more than 175 turbines operated by EDF Renewables.

The company isn’t involved in the newly proposed project, but they think their operating model in the Windthorst area has been one of success.

"You don't need water for it. You don't have to run cattle necessarily to see the benefit of having it on their property,” said longtime manager David Watkins. “You can still do that, but you don’t need to.”

The turbines here stretch around 300 feet into the air, and each generate enough megawatt hours to power some 450 homes, according to Watkins.

“We try to have great relationships with all of ranchers. We’re basically a tenant,” he said.

But not every wind project in the area has had such success.

A few years ago, local groups like Clay County Against Winds Farms, led a successful charge to block what would’ve been a massive turbine operation.

Baldwin was a big part of the effort.

“We hear stories from people all over the state that wish they could take it back,” he said. “You can see them from 15 miles away. It's not just a small area of the county that is affected.”

Baldwin says a community meeting a couple of months ago was filled with locals opposing the project.