The family of faith felt compelled to build their family through adoption. 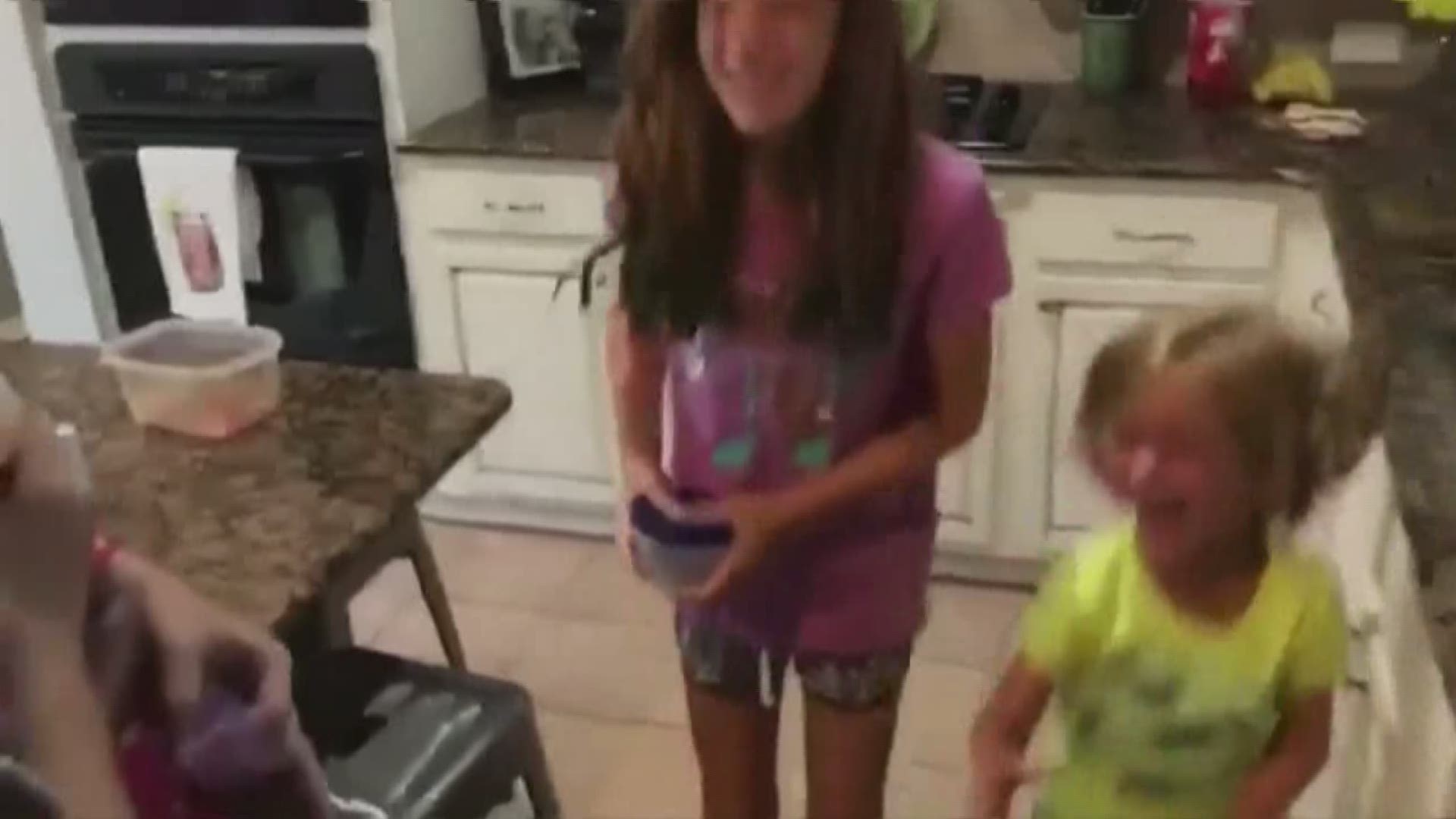 ROCKWALL, Texas — Kasi Pruitt of Rockwall always wanted a large family. She and her husband Shane first had two biological daughters and the next three children have been "gifts" through adoption. For now, Kasi says she is set on her family of seven.

"It's almost like God spoke to her first and then He had to convince me later," Shane laughed about having a big family and going through the process of adoption.

The family of faith felt compelled to build their family through adoption. "Jesus said I will not leave you as orphans," said Shane.

Their family story became known nationally especially after a video showing Kasi surprising two unsuspecting daughters of their newest bundle of joy. The family tells WFAA the views and shares on Twitter has reached more than a million.

Daughters Reagan and Harper were in the kitchen when Kasi comes walking in with a little girl in her arms. The one-month-old's name has been withheld for her protection.

We got a call about a quick adoption. Our kids had no clue, so this is how we told them about their BABY SISTER. Their reactions r priceless pic.twitter.com/7BLFwUSR7U

"They were just excited from the second we came in. It's geniune," Kasi said.

Harper can be heard screaming, "Are you kidding me!" and Reagan was overcome with emotion upon seeing her little sister.

"My mind blew up," said Reagan, the eldest of the children.

The family says it has kept close contact with their baby's biological mother. The couple says they consider her family too. Kasi described her as a "brave and courageous woman."

The Pruitts are blessed with a large and ethnically blended family. One child, Titus, is from Uganda and has cerebral palsy. Another child, Elliott, is nearly two years old and the family is still in touch with his birth mother also.

"It's different, and it's not for everyone, but it's perfect for us," Shane said.