Captain Eric Gonzalez was out near the North Jetty when his group noticed the alligator believed to be up to 7 feet long. 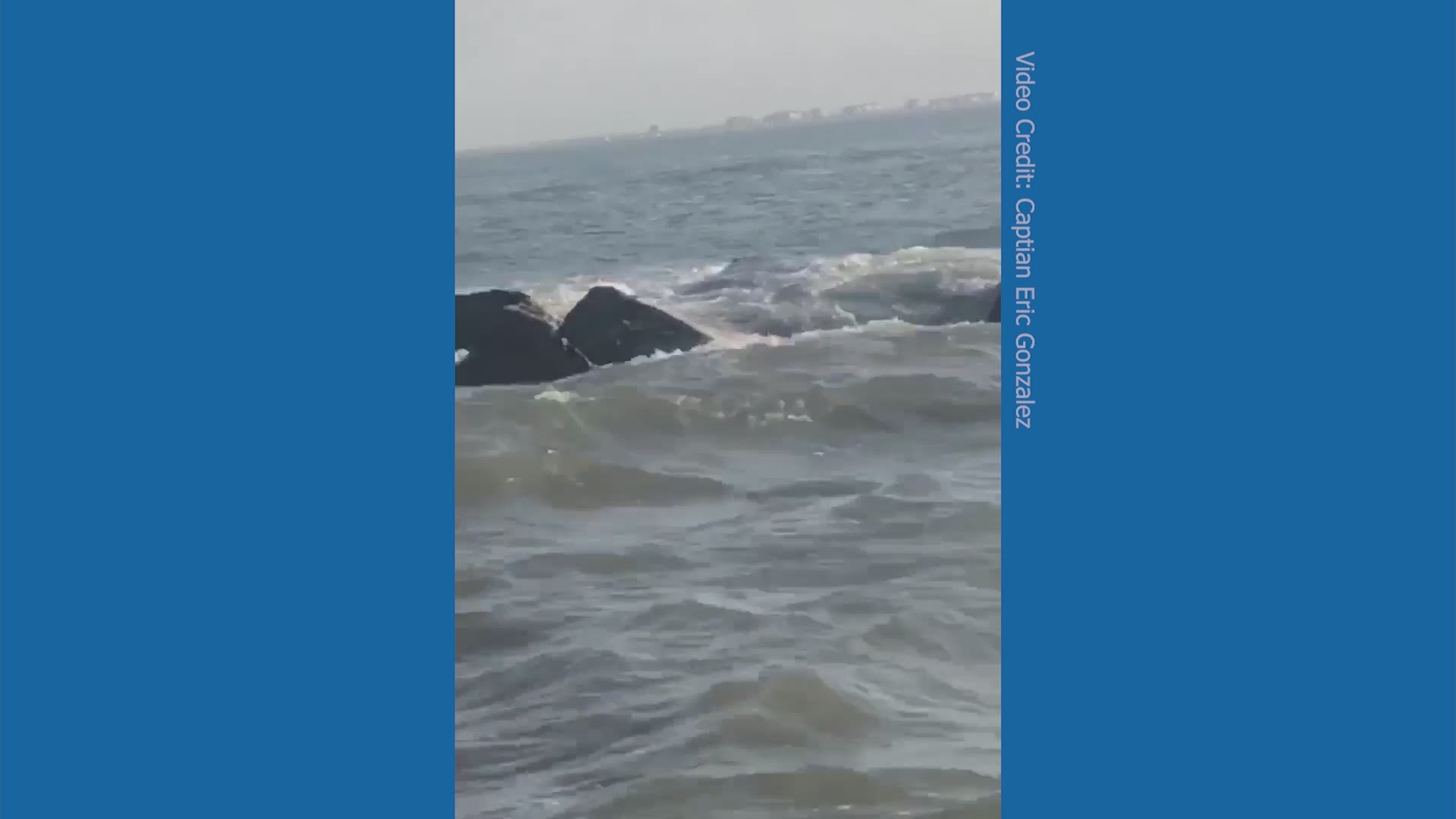 GALVESTON, Texas — Swimmers at Galveston beaches are a common sighting this Memorial Day weekend— but one with scales?

Captain Eric Gonzalez, who works for a fishing charter, was out with customers when they spotted a large alligator around 7 a.m. Saturday.

He believes the alligator was at least 6 to 7 feet in length.

They were sailing near the North Jetty in a popular fishing spot called "the boat cut," the captain.

At first, he thought it was a log floating in the water. He said the creature surfaced at least five times before he realized it was an alligator.

Gonzalez later posted a video of the gator to social media. It's reached thousands of views within a couple hours.

This is the second time in just a few days that we've had reports of a gator in Galveston. On Tuesday, we had the story of Harvey Warren from Beaumont, who spotted a gator hanging out on the shoreline in Galveston.

Fnding alligators on the shore is not as uncommon as you'd think.

Texas Parks and Wildlife says it happens a couple times a year, and they can only survive in saltwater for a few hours -- maybe up to a few days.

"It’s not a concern as long as you keep your distance," Dr. Lene Peterson, a researcher with the Texas A&M Galveston Marine Biology Department. “We want to understand whether that gradual change in freshwater habitats for the alligator -- will that eventually affect alligators over time?”

Peterson said her goal is to determine whether gators will adapt or move habitats as salinity increases in natural alligator territories from either storms or drought.

She said alligators could get pushed into more northern ranges of their traditional habitats.

There are two main reasons an alligator may be found in the ocean, Peterson said.

It could have been flushed out by flood waters that moved it down river or it's looking for food.

"These are foraging excursions that normally last a few hours and then they will return to their freshwater habitats," she said.

RELATED: Memorial Day weekend at Texas parks, beaches, rivers and lakes will be a bit different this year

OTHER POPULAR STORIES ON KHOU 11