A new research report, from Southern Methodist University and funded by NASA, found a "…large swath of West Texas oil patch is heaving and sinking at alarming rates." 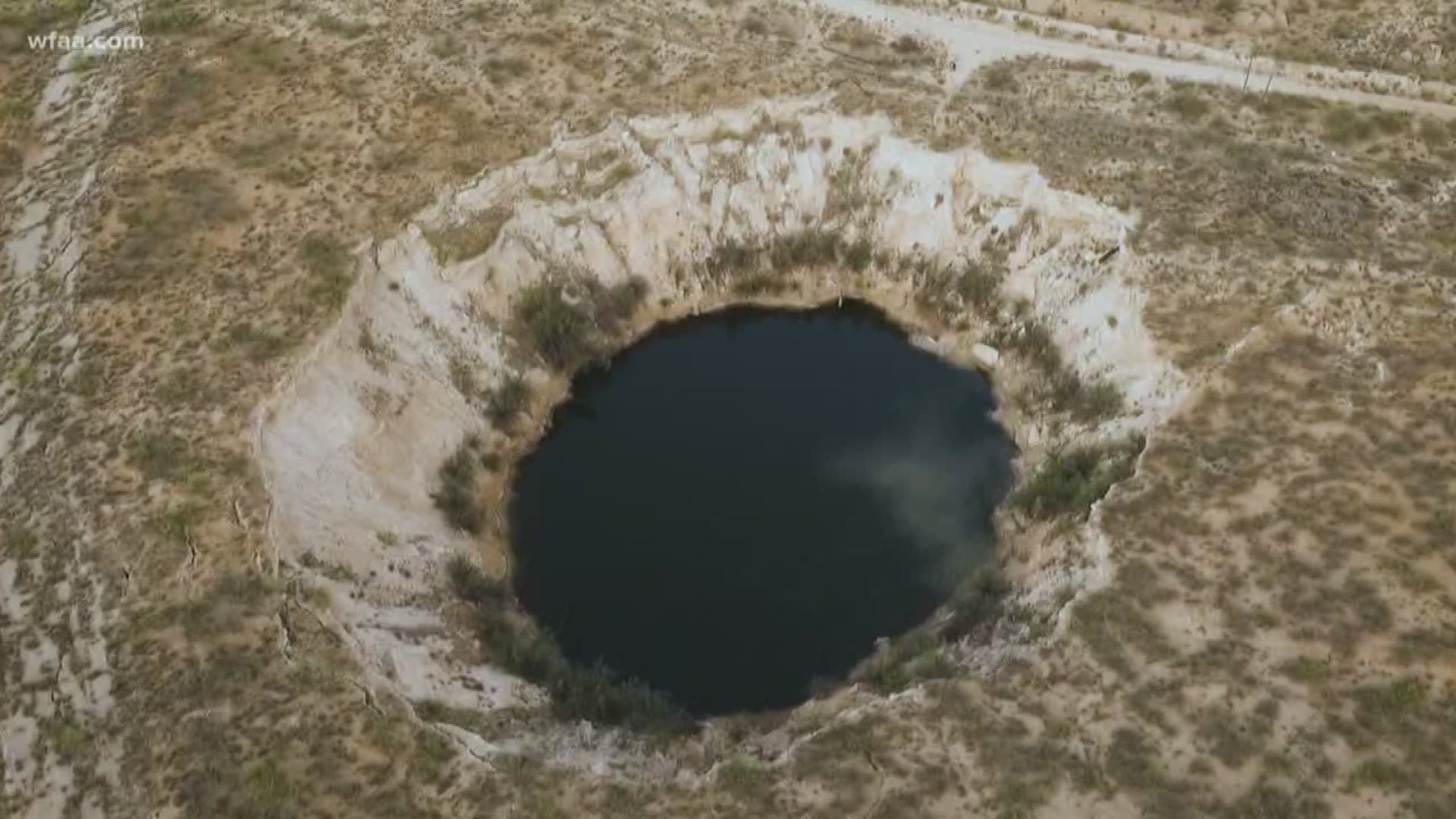 A new research report, from Southern Methodist University and funded by NASA, found a “…large swath of West Texas oil patch is heaving and sinking at alarming rates.”

To find out if West Texas is sinking, first I'm going to the guy who wrote the report, Dr. Zhong Lu. He's a geophysicist who studies the earth using satellites.

By shooting a radar beam from space -- like a measuring stick -- a satellite can calculate elevation changes down to the centimeter. Lu did that over a 4000 square mile area.

“This area is sinking at half meter per year,” Dr. Lu says.

That's more than a foot-and-a-half. Lu says, that's alarming because that much change to the earth's surface might normally take millions of years.

One of the images in his reports shows an area of sinking earth, near Wink, TX from 2011. Five years later, the satellite shows the sunken area had spread almost 240%.

“In this area that you are studying, is oil and gas the cause of the sinking?” I ask.

“Related to the oil and gas activities,” he says.

“Oil and gas activity is causing the sinking in West Texas?” I clarify.

FROM WINK TO IMPERIAL

To learn more, I went to see things for myself and talk to Dr. Bob Trentham. He’s a geologist at the University of Texas of the Permian Basin in Odessa with extensive experience in the petroleum industry.

He's showing me there are places where the earth is just kind of sagging. But there's also a huge sink hole in Wink Texas, dating back to the 1980’s.

“Looks like it got hit by an asteroid from outer space,” I say.

What the heck is happening here?

This area of West Texas is called the Permian Basin. Bob says, under the earth's crust there's up to 1000 feet of salt.

Bob says oil drillers, in the 50's, pumped water below the salt layer to increase oil pressure. That made the oil flow faster.

Over time, some of that water has leaked, washing out the salt. With nothing to support the crust it falls in.

“They've had to abandon and decommission a couple of oil storage tanks,” he says.

Around this sink hole there are also old, bent pipelines.

“What's happened is, because of the different pieces moving in at different rates, it caused that to pop up,” Bob says.

“This was dormant when it happened,” he says/

“Is the geology so unique that this phenomenon is only going to happen in this area?” I ask Bob.

“(Yes) in the Permian Basin. We don't have that same kind of scenario exist in North Texas, Central Texas or East Texas,” he added.

Close to the 1980’s Wink sink hole is an even bigger sink hole. It’s called Wink Sink Number 2. The earth surrounding it is cracking sagging towards the hole. You can see new rocks about to fall in.

All this movement is being measured by students of Dr. Sumit Verma, a geophysicist at UTPB and students, using GPS.

“How new is this depression here?” I ask.

“The depression is old,” he says.

50 miles south, in Imperial, the earth is also sinking. Over the last 15 years, satellite images show a new lake forming.

So, is West Texas sinking? Obviously, not all of it is falling into the abyss.

But technically, the answer is yes. There are some contained areas where there is sinking. And it's hard to know the scope of the total problem because scientist have only looked at five percent of this massive area.