US to house up to 3,000 immigrant teens at Dallas site

Federal agencies will use the city's convention center to house boys ages 15 to 17, according to a memo sent to Dallas councilmembers and provided to the AP. 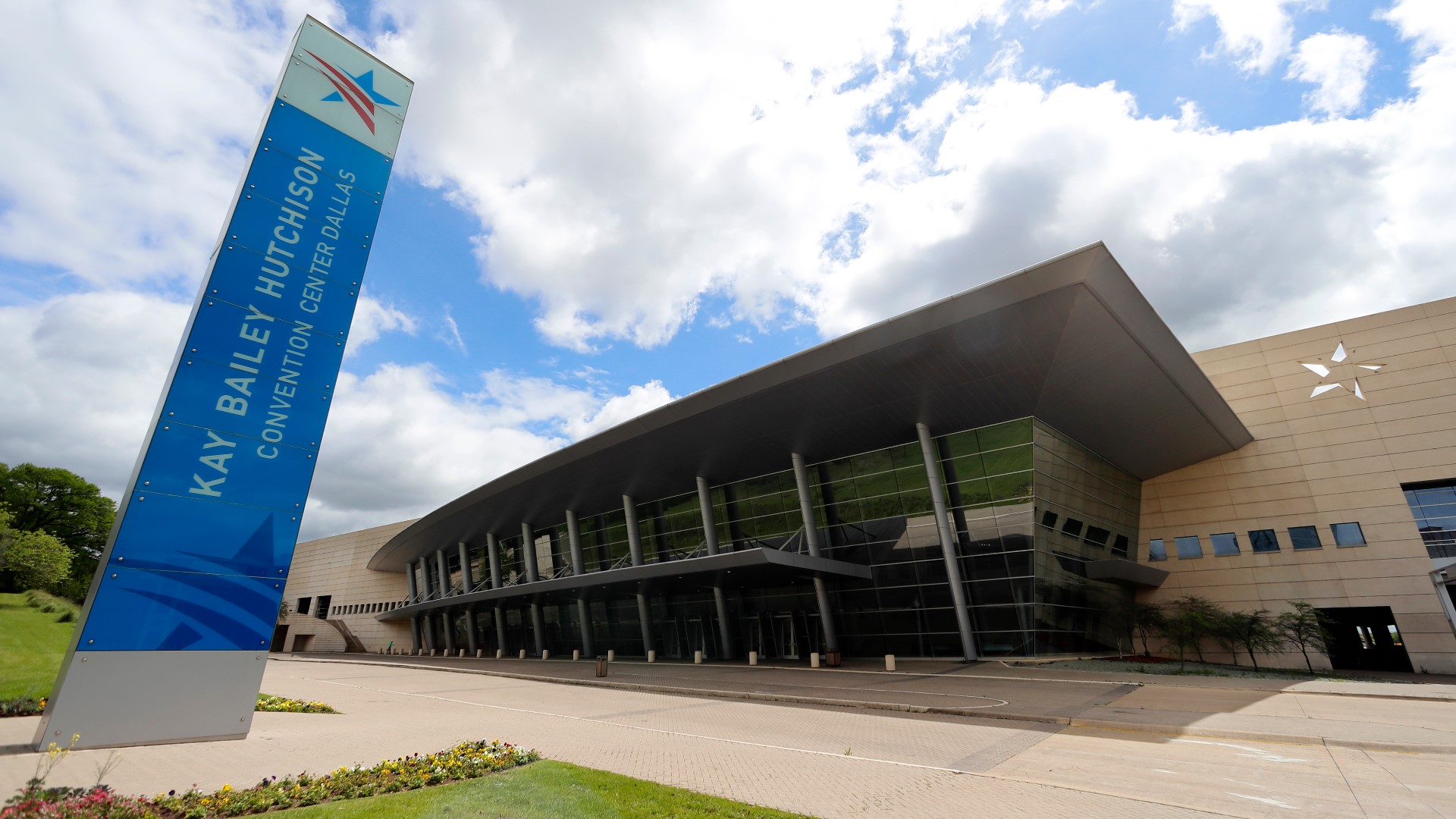 Editor's Note: The above video is a segment from Inside Texas Politics about the current surge in migrants at the U.S.-Mexico border.

The U.S. government will use downtown Dallas' convention center to hold up to 3,000 immigrant teenagers as sharply higher numbers of border crossings have severely strained the current capacity to hold youths.

The Kay Bailey Hutchison Convention Center will be used for up to 90 days beginning as early as this week. That's according to written notification sent to members of the Dallas City Council and provided to The Associated Press.

The memo says federal agencies will use the facility to house boys ages 15 to 17. The memo describes the soon-to-open site as a  “decompression center.”

The Federal Emergency Management Agency (FEMA) confirmed Monday that they are supporting Department of Health and Human Services in responding to unaccompanied children at the border. FEMA said they are working with HHS to expand capacity "for safe and appropriate shelter" and provide necessities like food, water, and basic medical care.

”I think this is a perfect example of when governments at all levels work together to come up with solutions whenever there are big problems," said Dallas city councilman Adam Bazaldua.

According to Bazaldua, FEMA and HHS "will solely be responsible for all of the management and operations" at the convention center.

"More than anything, I think the City of Dallas is just offering up an asset that otherwise would be sitting vacant, and something that could really help out a lot of families," said Bazaldua.

Gov. Greg Abbott announced on Sunday in an interview with Fox News that some of the migrants arriving at the border would also be sent to a holding facility in Midland, a move he had just learned of the night before, WFAA's sister station KWES reports.

In a statement Monday, Abbott said, "The Biden Administration’s reckless open border policies have created a humanitarian crisis for unaccompanied minors coming across the border. With no plan in place, the administration has created heartbreaking and inhumane conditions for children who are being held in Texas."

She said the Biden Administration has gotten rid of a 2018 order that made sponsor families more afraid to come forward, and they are speeding up the placement process for children.

"This is a big problem," Psaki said. "The last administration left us a dismantled and unworkable system, and like any other problem, we are going to do everything we can to solve it.”

The news comes after federal officials announced over the weekend that the Federal Emergency Management Agency would step in to help manage and take care of the unaccompanied children that are gathering at the U.S.-Mexico border.

FEMA will help receive, shelter and transfer the children if they arrive alone at the border over the next three months, Homeland Security Secretary Alejandro Mayorkas said, according to a Saturday report from The Associated Press.

An influx in children arriving at the border alone has strained the abilities of the Department of Homeland Security and Department of Health and Human Services to quickly process and move the children through the system, the report said. At the same time, federal shelters used to lodge those children are overwhelmed, leading to the need for a space like the convention center.

Rep. Henry Cuellar, D-Laredo, told Inside Texas Politics on Sunday that officials in President Joe Biden's administration are not consulting Texas Democrats who represent the border as the White House works to address the overall surge in migrants journeying north across the Texas-Mexico border.

Our country is currently unprepared to handle a surge in migrants in the middle of this pandemic. I urge the Biden administration to listen and work with the communities on the southern border who are dealing with this influx.

Inaction is not an option. https://t.co/bm7IMSzFGS

After four years of a hardline stance by President Donald Trump, the Biden administration has made it known that it will take a more human and efficient approach to border enforcement. Border observers say they think that is leading to the current surge, which Cuellar thinks will likely increase over the next several months.

RELATED: Texas congressman: The Biden administration isn’t listening to border communities while looking to address the surge in migrants

This is a developing story. WFAA will add new information as it becomes available.  Download our free WFAA app to stay up-to-date on all news stories in the Dallas-Fort Worth area.