'She had the life left in her': Rescue turns dog with untreatable tumor into internet star

Serenity has a tumor that has basically taken away all the bones in her face. That hasn't stopped her from showing her personality and inspiring people online. 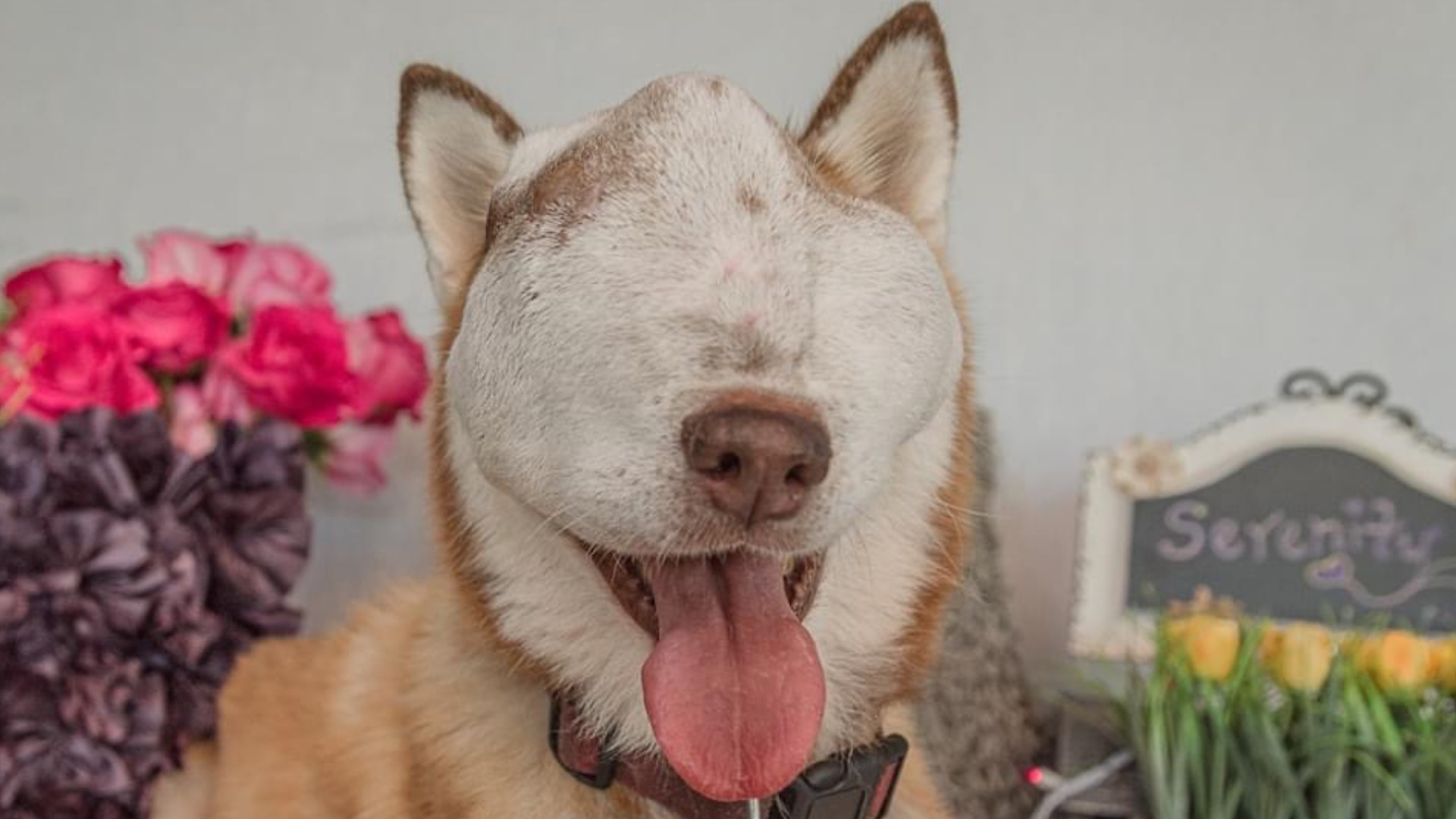 DALLAS — Serenity is a dog that has a big personality, like many huskies.

This common characteristic is what makes her so unique.

"She is so sweet and has so much life inside her," Serenity's new foster mom Patti Dawson said.

Serenity has an invasive tumor that has invaded her nasal cavity and gone up above her eye sockets and skull.

"It's basically taken away the bones of her face," Dawson said.

Dawson felt called to take on the challenge of caring for Serenity because she is the president of the non-profit Dallas Dog Rescue Rehab Reform.

While the organization was initially created to help rescue street dogs in south Dallas, it has transitioned to acting more as a last-resort rescue for dogs that likely won't be adopted.

As a special education teacher, Dawson said she has always felt called to care for those in need.

"I hate to say it, but the unwanted," Dawson said. "The ones that are more difficult. Those are kind of what our forte is."

So Dawson picked up Serenity from a San Antonio shelter last week.

"She went straight to an oncologist, to internal medicine and to a critical specialist to kind of do a complete workup," Dawson said.

But before those trips, Dawson noticed something the first time she met Serenity.

"She gets up, leans in with this huge tumor and does this bump to me, like dogs do the bump, and kissed my face," Dawson said. "At that point, I knew we were going to fight to the death to do what we could to save her because she had the life left in her."

While Serenity can still see, breathe and eat, there's not much that can be done to fix her tumor.

"We didn't get the news we wanted, but that doesn't mean we're going to stop loving her and giving her the life she deserves," Dawson said.

RELATED: Dogs able to sniff out COVID-19 with high accuracy in preliminary study

That's why Dawson called Renee Dowhaniuk, an animal photographer, to set up a photo shoot.

Dowhaniuk takes photos for a couple of different shelters and non-profits in North Texas, so she has seen plenty of animals struggling with different behavioral or medical issues. Many of them are tentative or withdrawn.

She said Serenity's spirit was something special.

"That girl, as soon as we lifted her out of Patti's vehicle and set her down, that nose was working and the tail was wagging," Dowhaniuk said.

Once Dowhaniuk's photos went online, it didn't take long for them to go viral.

"It has just been absolutely crazy," Dawson said. "Once I respond to a message, I have twice as many new ones pop up."

Dawson said since posting Serenity's photos online, more than 300 care packages have come in with all types of goodies.

Initially, Dawson said she received a lot of pushback from people online who said Serenity should be euthanized to put her out of her misery. But she said Serenity has shown no signs that she is in agony.

"If there is a light in the soul, there is a beauty in the person," Dawson said. "With a little bit of care, these dogs can come back to life. She's still in amazing spirits."

Dawson said she is going to do everything she can to keep Serenity happy and healthy. But what about when the day comes that that is no longer possible?

"It's kind of when she tells me it's time, then we'll make it as special as we can," Dawson said.

To learn about Dallas Dog Rescue Rehab Reform, you can click here.

To see some of Serenity's care packages, you can click here.