'He came in and told everybody to stand still': Neighbors believe gunman caught on tape robbing business in Old East Dallas may be linked to other recent crimes. 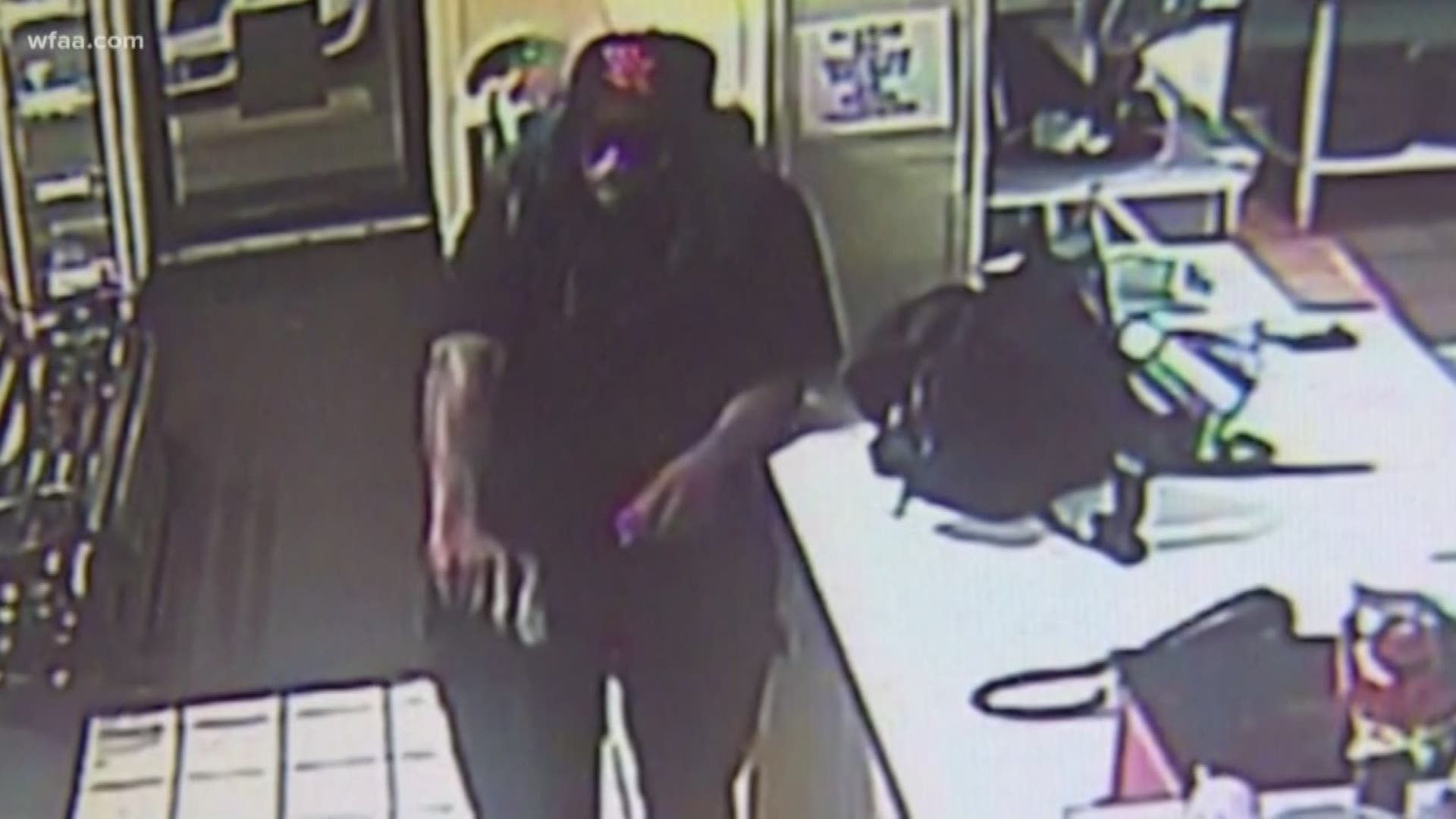 DALLAS — Some businesses in East Dallas are becoming more vigilant in their security measures after reports of a recent string of aggravated robberies.

One of the most recent crimes happened at Pizza Inn on the 4300 block of Live Oak Street on Sunday. Workers say a man wearing a green wig, a cap and sunglasses as a disguise robbed employees at gunpoint.

”He came in and told everybody to stand still,” store co-owner Nicole Hussein-Rogers said.

The unidentified gunman can be seen on video placing a black bag on the counter and waving his pistol around, while demanding money.

The Dallas Police Department is investigating the crime. Workers at Pizza Inn have been sharing surveillance video of the aggravated robbery across social media, partly due to reports of a string of similar armed robberies at businesses between Old East Dallas and Upper Greenville. Staff at a nearby Auto Zone on Ross Avenue said their store was robbed at gunpoint moments after the crime at Pizza Inn.

For now, the victims hope someone can help police identify the armed robber before someone is hurt.