In May 1967, Col. Roy Knight Jr., from Garner, Texas, was shot down and killed during the Vietnam War. 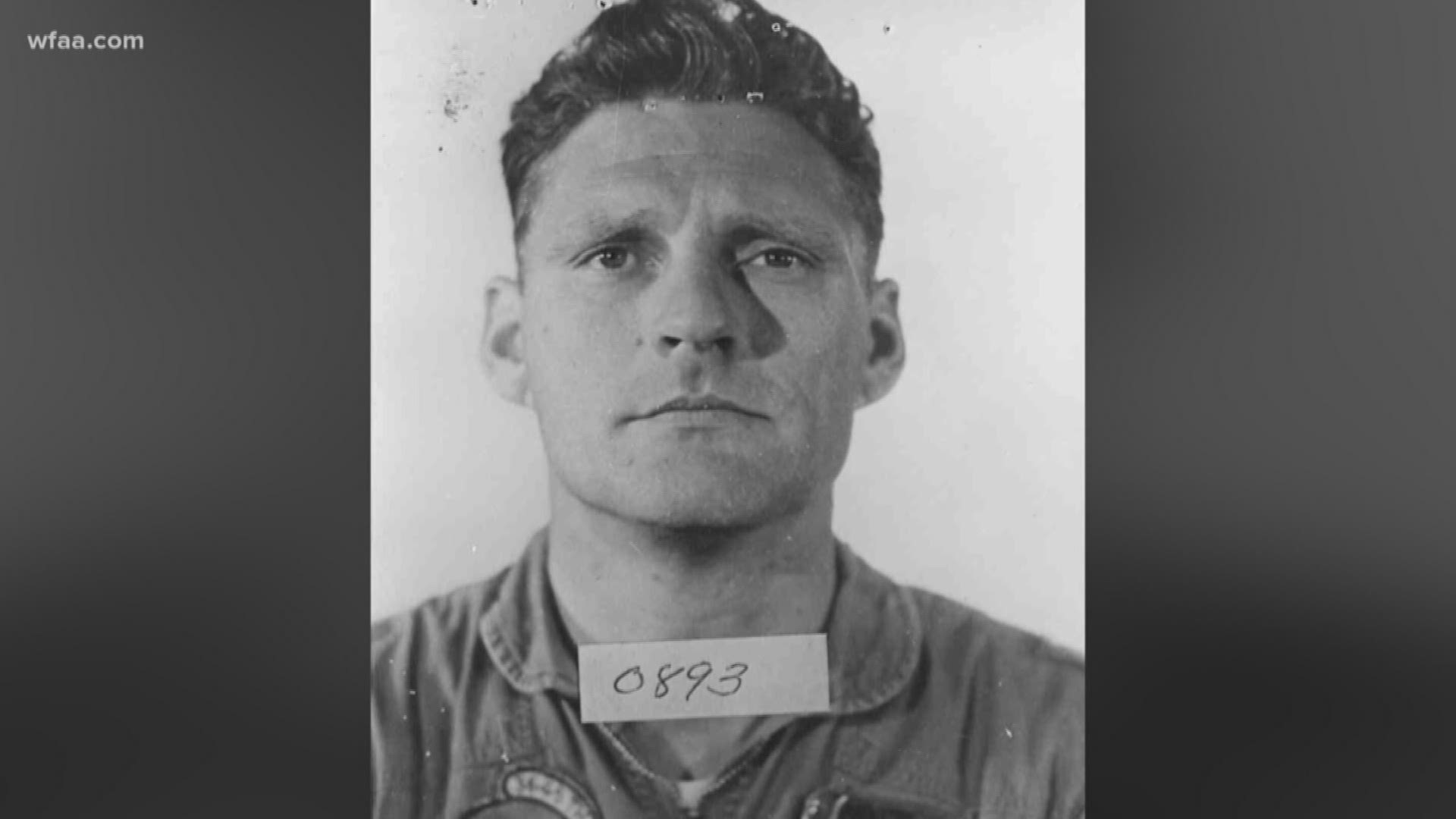 It was an emotional morning at Dallas Love Field when a Vietnam War veteran's remains were returned to Texas.

In May 1967, Col. Roy Knight Jr., from Garner, Texas, served in the U.S. Air Force and was killed during the Vietnam War.

The pilot was shot down while attacking a target on the Ho Chi Minh Trail in Laos, according to his obituary.

For years, the Knight family wondered if he was still alive. But in 1974, Knight went from "Missing in Action" to "Killed in Action," his obituary says.

Earlier this year, Knight's remains were identified in Laos. And on Thursday, the veteran's journey came full circle.

Knight's son, who is a captain for Southwest Airlines, flew the airliner containing his father home to Texas.

Bryan Knight was only five years old when he waved goodbye to his father 52 years ago from Dallas Love Field when the elder Knight left for the Vietnam War. It was the last time Bryan Knight saw his father alive.

Knight was on the tarmac with his family to welcome his father home.  His brother, Bryan Knight, flew the plane from Hawaii carrying his father’s casket back to the same airport where he had left them more than a half-century ago.

“The prospect of him flying dad home was overwhelming to all of us,” said Knight.  “To come back 52 years later to this same spot.”

As the plane slowly made its way on the tarmac, people both inside and outside the airport stopped to pay respect to Roy Knight.

This was a homecoming the Knight family has waited years for. In the weeks leading up to the arrival, one of Knight's sons shared updates on Facebook about his father's journey.

“A lot of wonderful people have had a hand in preparing for this final moment of Dad’s journey. It has been so uplifting to work with so many great folks! As I have said before, we have been offered everything from a bed in someone’s home to a place of eternal rest there at Holder’s Chapel Cemetery. The love these people have shown our father and our family has just been overwhelming. I look forward to thanking each of them personally. Thank you all for sharing in this solemn yet joyous time for our family.”

Knight III described an emotional day for his family as they rode with the casket from Love Field to Weatherford, where Col. Knight will be buried.  Along the way, drivers stopped their vehicles to watch, and firetrucks paused on overpasses in quiet tribute.

“Wherever we were going through the City of Dallas, people stopped and put their hands over their hearts,” Knight said.

He said that they are overwhelmed to know they will be able to put him to rest, but it also brought a flood of memories.

“We are reliving the sadness of it all and coming to grips with the terrible loss,” said Knight.

The elder Knight graduated from Millsap High School in 1947 and enlisted in the U.S. Air Force days after his 17th birthday.

Knight came from a military family, as several of his brothers served in WWII, according to an obituary.  Prior to the Vietnam War, Knight served during the Cold War and Korean War.

According to his obituary, Knight was an experienced pilot and flew combat missions almost daily before his plane was shot down in May 1967 during the Vietnam War.

"He was well-liked and respected by the men with whom he served, particularly the enlisted airmen with whom he had a special connection having been one of them for several years," Knight's obituary reads.

Now, the community is invited to pay their final respects to the Texas native.

Public visitation is from 4 to 8 p.m. Friday at White’s Funeral Home, 130 Houston Ave. in Weatherford.

Anyone who wishes to return POW/MIA bracelets to the family is asked to bring them to the visitation or mail them before Friday. These bracelets will be placed inside the casket before the funeral Saturday.

Mail the bracelets to: