Rep. Sylvia Garcia, D-Houston, tweeted “the Constitution will be our guide.” 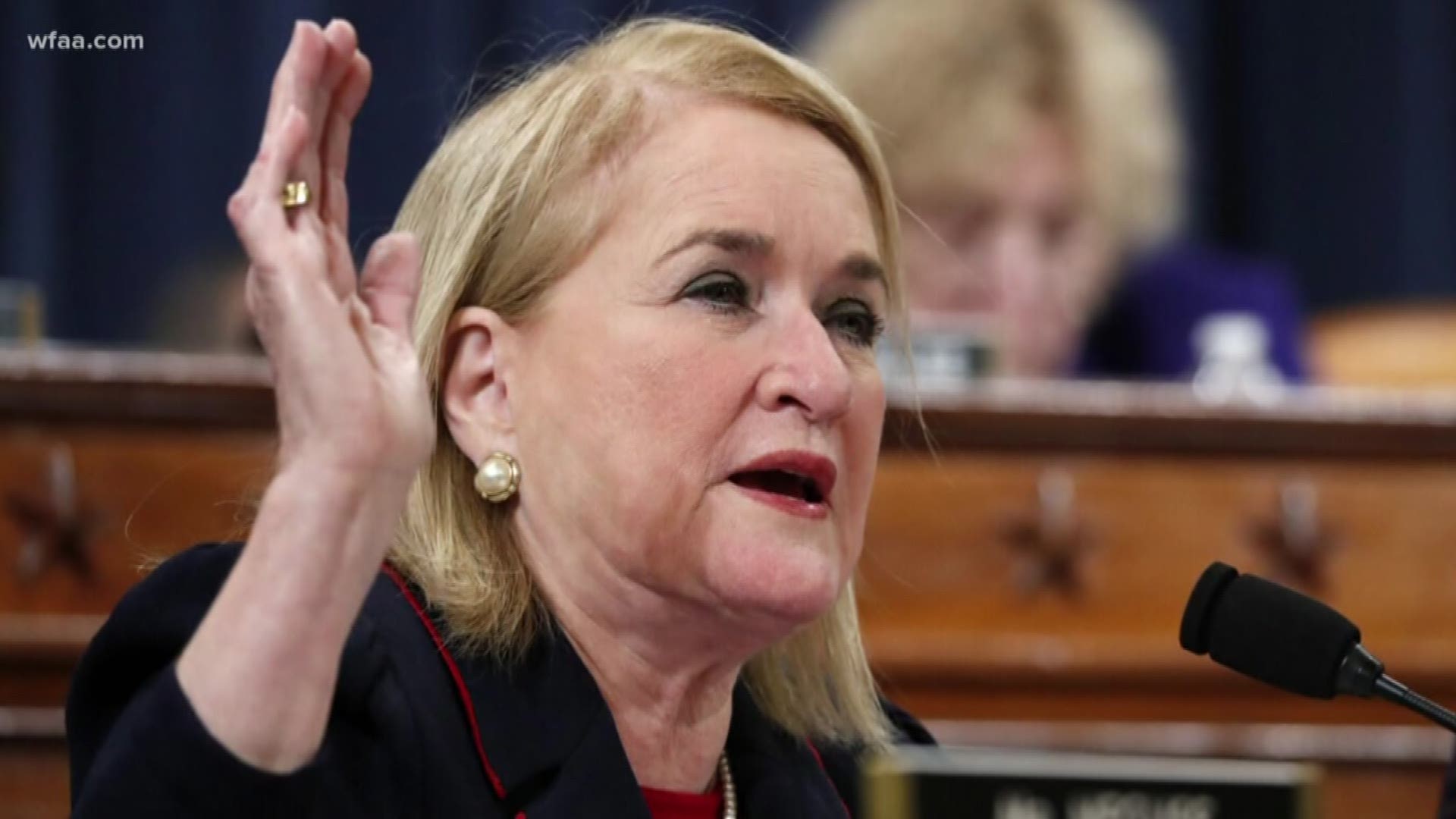 Garcia grew up in a small south Texas town and went to Texas Woman’s University on scholarship. She earned a bachelor’s degree in social work and political science before earning a law degree from Texas Southern University in Houston.

She built a law career in Houston – legal aid attorney, municipal judge, city controller, Harris County commissioner, Texas state senator, and in January 2019, she was sworn is as one of the first two Latinas elected to represent Texas in Congress.

“The emphasis is on litigators,” said Pelosi when describing the managers. “The emphasis is on making the strongest possible case to defend our constitution, to seek the truth for the American people. I’m proud and honored these seven members have accepted this serious responsibility again to protect and defend for the people.”

During a December impeachment hearing in the House, Garcia picked apart Republican arguments that the Democrats had built their case on hearsay.

“I’m a former judge,” she said to Daniel Goldman, the lead impeachment hearing lawyer for Democrats, “and you’re a former prosecutor. We know direct evidence. My Republican colleagues have suggested there is no direct evidence. Is that true?”

Goldman answered that much of the evidence Republicans were describing as hearsay was not hearsay.

“I’m disappointed that rather than respond to the facts before us that my colleagues continue to make unfounded arguments about the process,” Garcia said. “What President Trump did was wrong, unconstitutional, and if anyone else did this they would be held accountable.”

About an hour after Pelosi named her an impeachment manager, Garcia tweeted that she was honored to serve in the position.

“The Constitution will be our guide,” she said. “We won’t waver in our commitment to democracy. And we’ll present the truth to the American people.”

She later spoke with our partners at The Texas Tribune, calling the task an "awesome responsibility."

"It feels sort of a mix of kind of awesome and somber and sad," she told The Texas Tribune. "This is prosecuting the president of the United States. It’s a defense of the Constitution, a defense of our democracy."

“It strikes me as a case of impeachment malpractice,” he said. “It does not at first blush meet the constitutional standard of bribery, treason, high crimes and misdemeanors.”

While Garcia will prosecute the case, senators will act as jurors and John Roberts, Chief Justice of the U.S. Supreme Court, will act as judge. The trial is expected to begin Tuesday.